Picture shows: Scene from Episode 1 of 'The Collection'

In the battle of subscription services, The Collection might just prove to be Amazon’s trump card. The new, fashion based drama from Amazon Prime focuses the spotlight on post-war Paris, and within this state of flux tells the story of Paul Sabine, a couture designer tasked with revitalising a war-torn France.

The show is built around dualities and juxtapositions: the beauty of couture vs the aftermath of the war; the glamor of fashion vs the dark secrets at the heart of the Sabine family. With a cast that includes Mamie Gummer, Frances de la Tour, Richard Coyle and Tom Riley, The Collection stitches together talent and ambition on and off the screen. Ahead of its UK release, we caught up with creator and writer Oliver Goldstick (Ugly Betty, Pretty Little Liars) to talk about the pull of Paris, Christian Dior’s New Look and why this period drama will speak to modern audiences.

How did The Collection happen?

Kate Croft approached me when I was doing Ugly Betty, and we had had a relationship for years, talking about several projects. Ironically I did a fashion centric show after I did Ugly Betty called Lipstick Jungle, and I had already done research for Ugly Betty, to at least be truthful about that world. I didn’t come from that world, my background is theatre. When Kate approached me I said “you’re teasing me, don’t do this to me, because I would love todo a show about this world, but everyone wants it to be satire.” People look at this world as vain and elitist; it’s for other people. People look at this world, and it’s too easily dismissed. With those two shows that I worked on, I had met with fashion designers and learnt a lot about [fashion] – and understood that this is an art, it’s an art form. 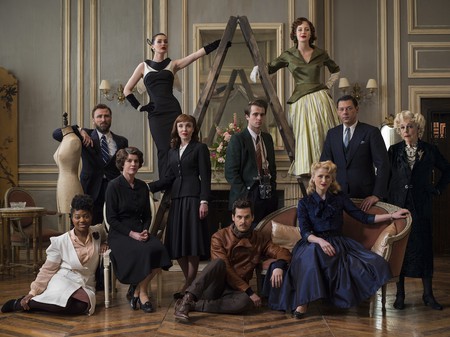 Why did you want to set the series at this time?

I had just been reading And the Show Went on: Cultural Life in Nazi-occupied Paris by Alan Riding about the arts during the occupation in Paris, and it clicked. Given where Paris was when the war ended – and again, I’m being an American, I’m being very honest and open – we had a very romanticised vision of what Paris was after the war. It’s An American in Paris and it’s Gene Kelly dancing along the Seine, and it’s not what it was like. Paris was – it wasn’t levelled in the same way that London was – but it was emotionally scarred, and it took many years to recover. The worst two winters were ’46 & ’47 – no petrol, no oil, shortage of food, the train tracks had been destroyed. This is a really difficult period. I said to Kate, “there’s a crucible here.” 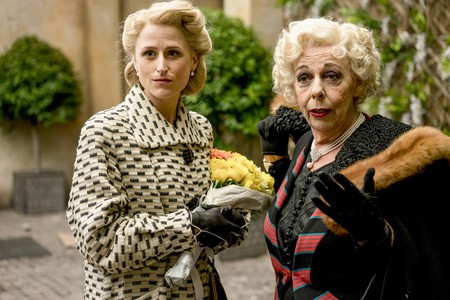 Against this backdrop, the idea of the New Look, that Dior’s New Look, it’s hard to even fathom that this was juxtaposed, that it all took place at this time. There was also a ferment of other great art and philosophy all happening after the war. We’re talking about a very vital period. I said to Kate “I’d love to be the American who walked in in 1947, and even walking into the New Look, Dior’s show. What that must have felt like when the doors closed, and what it must have felt like when they walked back up the street.” That stark contrast I thought was fascinating. So we talked about that at length, and then I came back with this core family that I felt was a great platform for a series.

Why Paris, and not the Saville Row, London story instead?

At the beginning, the book that Kate gave me was a companion book to an exhibition at the V&A: The Golden Age of Couture: Paris and London 1947–1957. I lived in England as a student for a year and a half, I felt much more sympatico with the people in being able to write that. But then the more reading I did, I called her and said, “it cannot be London.” Paris was blemished in a different way from that war, they were tainted. Paris, because of the capitulation- there was a resistance but there was also a collaboration – this country desperately needed to reinvent itself, and what a great metaphor to use fashion for. You always hear ‘oh fashion, it’s a metaphor for re-invention, for transformation,’ it is. But here you have a setting where there is a truly a need and a longing to get out of that period and leave those five years behind. To re-capture what was glorious about France and French culture. Fashion is the history of longing, to be something else and to me, it just had to be set in Paris. 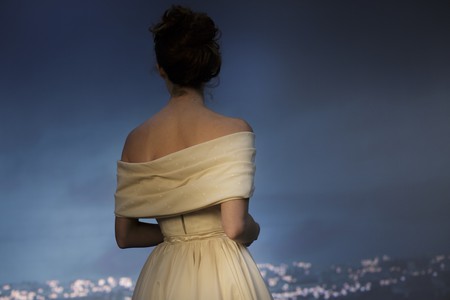 What was the hardest thing about re-creating Paris in Swansea?

Um, the food! No, I would say the limited locations. The typography was difficult. We also shot for at least three months in winter. We shot a couple of things, a farmhouse, a cottage. We had the gorgeous location of Atlantic college outside of Cardiff, which doubled as a convent and a church. And we ended up building about a street and a half, not quite two streets [and] every prop on the set was pulled from flea markets in Paris. When you walk into Claude’s flat – I couldn’t get over it because on the first day – you know the match boxes? Alison Dominitz had brought cartloads of things back so when you walk into his flat there wasn’t an anachronistic element. So I mean, the hardest thing about recreating Paris in Swansea is that you were up against climate in the winter, and there wasn’t a lot of architecture that was similar, so we did interiors and saved the exteriors for when we went to Paris.

Where did you look for costume and style inspiration?

Everyone believes that Christian Dior invented The New Look and I’m sorry to say Jacques Fath and Balmain were doing it before Christian Dior. Mr Dior was the Ralph Lauren of his time, an incredible marketing genius. He also had the capital that no-one else had, he had the wealthiest man in France backing him and growing his enterprise. And also he was at a different stage in his career, which I thought was interesting. But he wasn’t the only inspiration, we basically looked at Jacques Fath, Charles James and Christian Dior. It felt like Paul Sabine should be a composite and an amalgam of all three. And, as the series moved on it felt important to me to introduce the Balenciaga of it all, which is really Claude.

What do you think, will he be doing a ready to wear line?

Only if you get us a second order! Of course, that’s the evolution and what’s so exciting about the show is that you get to do a new collection every year, and you can jump a couple of years – we talked about that too – so absolutely. 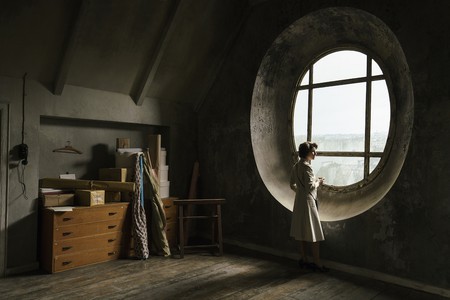 The Collection seems to be about ways of seeing – so I wanted to look at the role of Billy Novak. How did his fictional use of lens change or influence how you told the story?

I’ll be completely honest with you, when I first approached Kate I thought it would be very much Billy’s show, because I’m an American. As the evolution of the show happened, and you start to inhabit the characters you realise that this is an ensemble piece. But what I love about the idea is that he hadn’t served in the war. Like Richard Avedon and several others, he went with a romantic vision of Paris; it was untainted, not filtered through having been there. He went there with fresh eyes, and I said to Kate that I loved the idea of an unsentimental education of someone who recognises that he collects secrets not clothes. I loved the idea of a really talented young man who was using his camera to take notes. And also, as Americans we just don’t have the same self censorship as a culture. We just come in and say ‘why can’t you do this? Why can’t we?’ That’s a very American. He’s a very attractive character to Paul Sabine because he can look at a kid like this and say ‘”wow, his moxy, his lack of self censorship, that’s a bold move, that’s exactly what I need”.He becomes a new member of the family, and a vital member.

What is it about The Collection that will speak to modern audiences?

People are always fascinated by period pieces. Because we can talk about things that are happening today in a veiled way, see our current events through the prism of the past. When you get to witness things through the prism of the past. I think we’re living in an age of uncertainty right now.There are a lot of elements in post war paris that echo and reverberate today.We’re still living in an age of uncertainty, and people are desperate to cling on to hope and return to the innocence of what we all remember. And the clothes of The New Look, of this atelier, are callbacks to the Belle Epoque for people wanting nostalgia and romance.

The Collection starts on Amazon Prime Video from the 2nd September