The Best Things to Do in Champs-Élysées 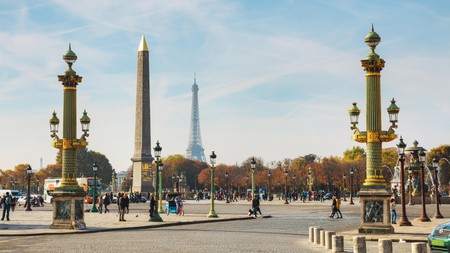 The famous Champs-Élysées in Paris, running between the Place de la Concorde and the Arc de Triomphe, is often known as the world’s ‘most beautiful avenue’. But this area is bursting with a range of brilliant activities, as well as aesthetic charm. From cabarets to nightclubs and boutique shopping, uncover the best things to do on the iconic Champs-Élysées.

Inaugurated in 1836 by the French king, Louis-Philippe, and dedicated to the armies of the Revolution and the Empire, the Arc de Triomphe has reigned as one of the most iconic Parisian monuments ever since. Towering 50 metres (164 ft) above the Champs-Élysées, it’s an incredible architectural feat to admire, drawing inspiration from the Arch of Titus in Rome. Many people go to visit the tomb of The Unknown Soldier who was buried at the base of the arch in 1921. The flame of remembrance is rekindled every day at 6.30pm. 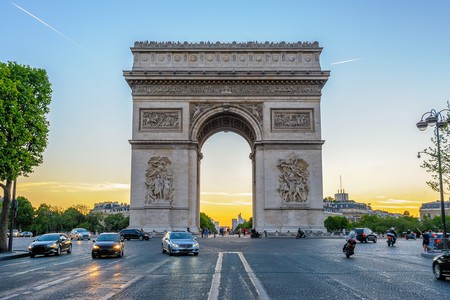 LIDO’s Paris Merveilles is a prestigious cabaret on the Champs-Élysées with trained swans and sword-swallowers. The costumes are mesmerising, flaunting two million Swarovski Crystals across the taffeta outfits of the blue scene, and 100 kilos (220 pounds) of pink ostrich feathers plumping up the 27 can-can dancers’ petticoats. Each set requires 1,000 hours of design and has been dazzling audiences for almost 70 years, easily rivalling the Moulin Rouge. 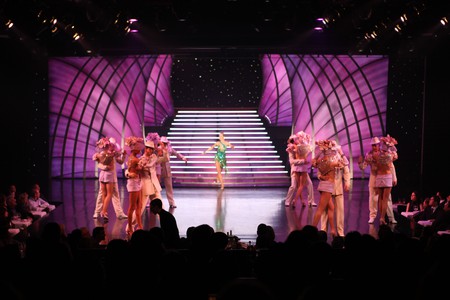 Place de la Concorde is located at the eastern end of the Champs-Élysées and is the largest square in the French capital. Designed by Ange-Jacques Gabriel in 1755 and then created in 1772, Place de la Concorde gained a ghastly reputation as an execution site during the French Revolution. The French king, Louis XVI, Marie-Antoinette and Robespierre, along with many others, fell victim to the country’s favoured method of execution in this square: the guillotine. It was redesigned between 1836 and 1846 by the architect Jacques-Ignace Hittorf. 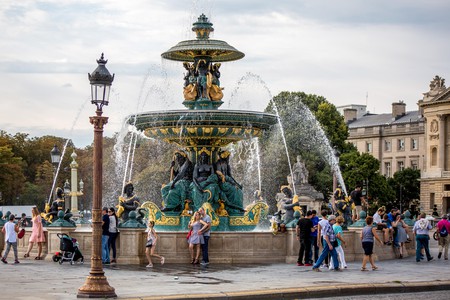 Puzzle over the mysterious Luxor Obelisk

The Luxor Obelisk is a 3,000-year-old Egyptian monument at the eastern end of the Champs-Élysées, and no one is quite sure how it was made. Reaching 23 metres (75 ft) into the Parisian skyline, this gold-topped granite column is adorned with hieroglyphs exalting the reign of Pharaoh Ramses II. It’s an unusual landmark to find in Paris, as obelisks are usually built to herald the entrance to a temple. However, it was sent to Paris by Muhammad Ali Pasha, Ruler of Ottoman Egypt as a gesture of good political relations. It first arrived in Paris on 21 December 1833 and has been classified as a historical monument since 1936. 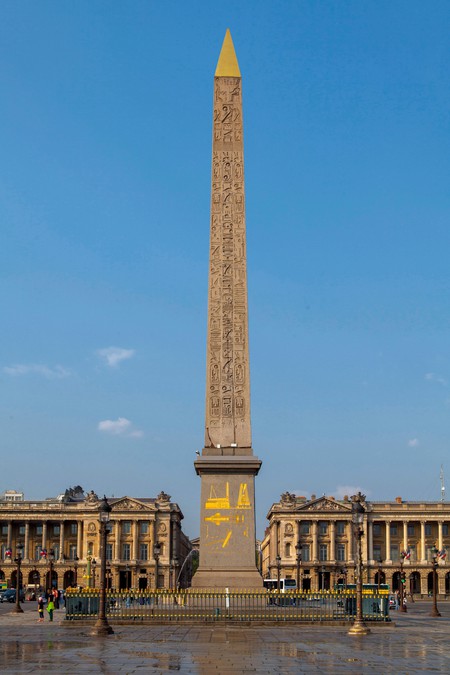 Shop till you drop at the city’s best stores

Paris has always been associated with style and sophistication, and the Champs-Élysées is one of the best places to enjoy a shopping spree. From tiny designer boutiques selling unique one-offs to the grander luxury stores, and plenty of souvenir shops in between, there’s a wide range of choice on this famous boulevard. If you want to treat yourself, you could visit Guerlain, one of the oldest perfume houses in the world, or indulge in a leather accessory from Louis Vuitton. This store, which has been on the Avenue des Champs-Élysées since 1913, is one of the most impressive Louis Vuitton stores in the world. The hotly anticipated sales kick off in Paris in January and June. 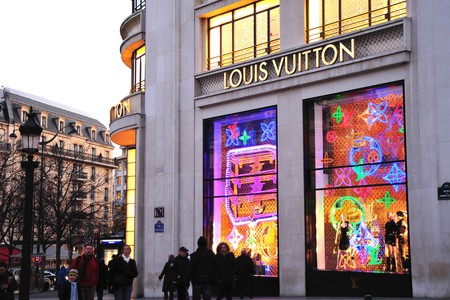 Party all night at L'Heritage

L’Heritage is not your typical nightclub experience, as this upscale venue promises a classy affair. There are chandeliers and candlesticks, antique furniture, gold ornate mirrors and quirky sculptures at every turn. You can recline across plush purple fabrics and marvel at the belle époque design. The dance floor might be on the small side, but you can reserve Le Boudoir if you want privacy, which can comfortably welcome up to 120 people – there’s a heated terrace, too. It’s best to reserve a table in advance as the place fills up quickly – make sure to dress well.

Get inspired by world-class art at the Grand Palais

The Grand Palais is one of the most exciting museums in Paris. There’s a range of contemporary art exhibitions and events on show across its three major sites: the Nave, the National Galleries and the Palais de la Découvert — the building itself is exquisite, too. Constructed for the 1900 Exposition Universelle, the Grand Palais boasts the biggest Nave of Europe, crowned with an iconic domed glass roof. The building was listed as a historical monument in 2000.
Open In Google Maps
3 Avenue du Général Eisenhower, Paris, Île-de-France, 75008, France
+33144131717
Visit Website
Give us feedback
Give us feedback