The Best Spots For Macarons in Paris 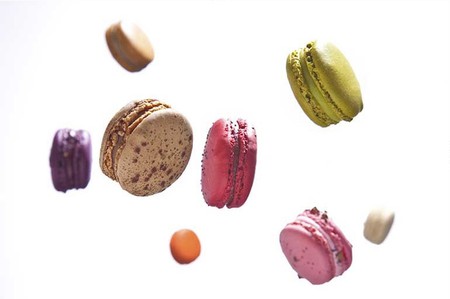 Macarons, the classic French dessert consisting of two delightfully colored mini-meringues held together by a pleasantly gooey filling of buttercream, ganache, or jam, are the ultimate indulgence for sweet-toothed Parisians. The ten patisseries and cafés below are the perfect spots to try this local delicacy with some tea or champagne and to have some boxed up to enjoy back home. 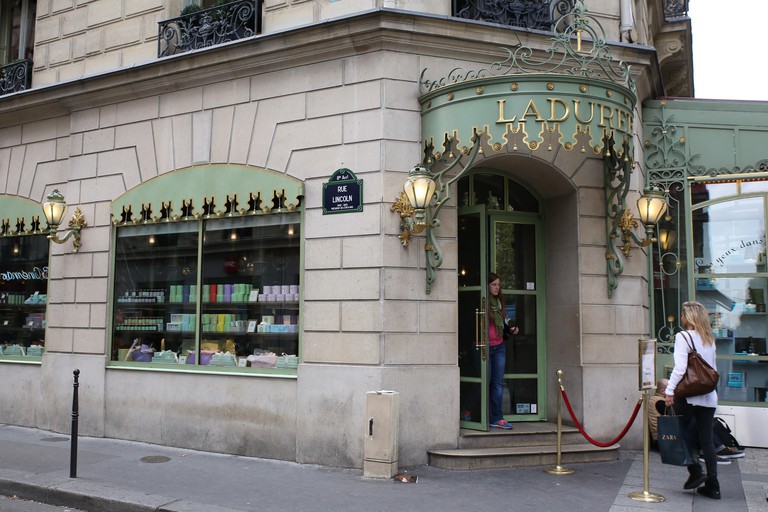 The macaron recipe at Ladurée hasn’t changed since Pierre Desfontaines invented it in the middle of the 20th century. Today, the brand and the bite-size bursts of color and flavor are inseparable and people flock to the stores as much to taste the latest offerings as to soak up the experience of being in such a historic establishment. There are seven stores of various sizes and specialties in central Paris, as well as locations at Charles de Gaulle and Orly airports. 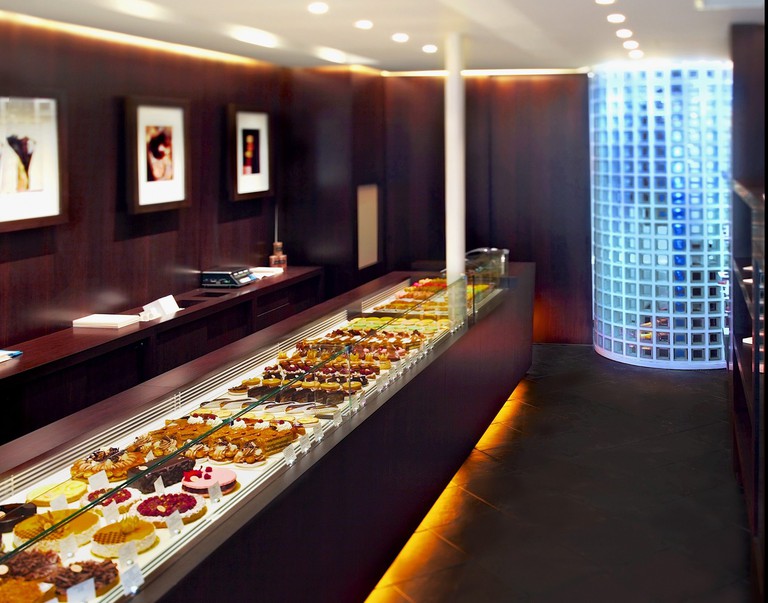 Pierre Hermé at Rue Bonaparte | Courtesy of Pierre Hermé
Pierre Hermé started his career at just 14 as an apprentice to Gaston Lenôtre (see below) and made a name for himself early on in France, Japan, and the United States as the “Picasso of pastry,” revolutionizing pastry making by embracing bold new flavors, sensations, and pleasures. His macarons continue to be among his chief achievements, with original creations like the Mogador (chocolate and passion fruit), Mosaïc (pistachio, cinnamon, and kirsch-soaked cherry), and Ispahan (rose, litchi, and raspberry), gaining legions of fans. You can try them and more at his 11 stores in Paris.
Open In Google Maps
72 Rue Bonaparte, Paris, Île-de-France, 75006, France
+33145122402
Visit Website
Give us feedback 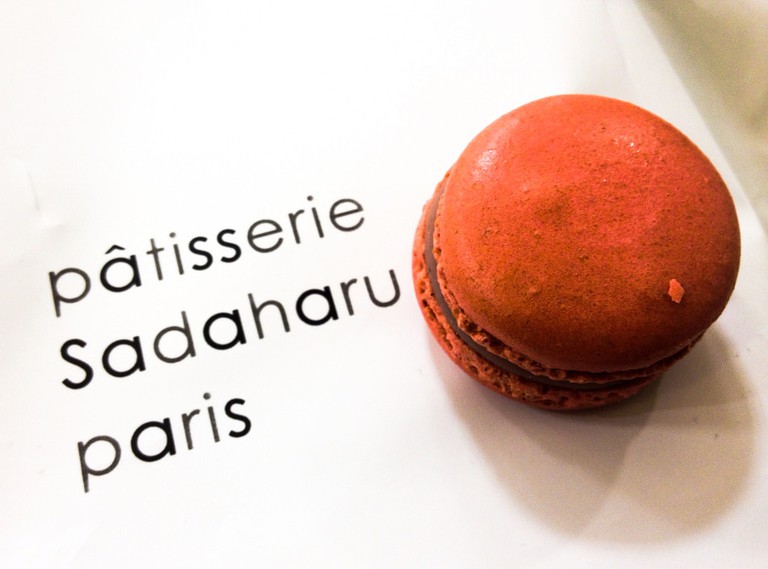 Another uber-inventive macaron maker is Sadaharu Aoki, who draws on the cuisine of his native Japan, incorporating ingredients like yuzu, black sesame, wasabi, matcha, and umeboshi to create phenomenal twists on this traditional French dessert. His approach is all about simplicity. “I like to create simple things,” he says, “but it is the most difficult thing to do, since simple things cannot be manipulated.” As well as the wonderfully unexpected, you’ll find a selection of the classics at his five patisseries across Paris. 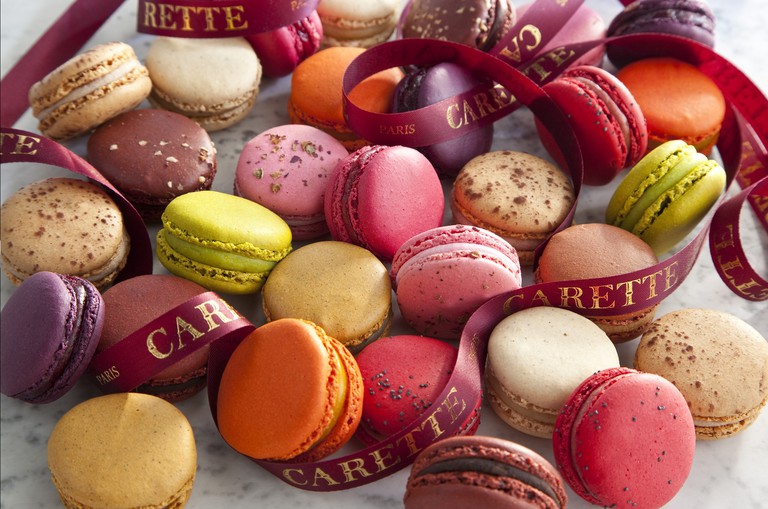 Macarons at Carette | Courtesy of Carette

Jean and Madeleine Carette opened their first patisserie, a pretty little place on the Place du Trocadéro, a stone’s throw from the Eiffel Tower, in 1927. Since then, despite expanding to two more locations, the family business has remained committed to creating a friendly welcoming atmosphere, ensuring attentive service, and producing tasty, attractive dishes. On their menu, you’ll find individual macarons for €7.50, mini ones for €2.20, and a plate of five of the latter for a very reasonable €10. 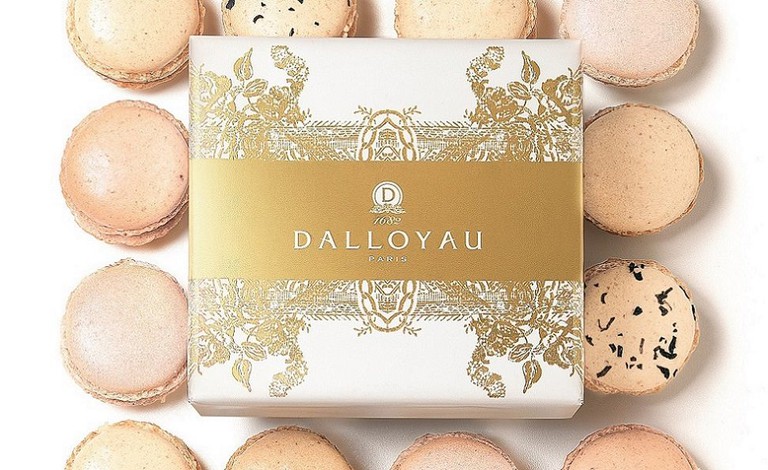 From their discovery by Louis XIV in 1682 until the French Revolution, the Dalloyau family served up a dazzling array of sweet treats for the court. Not ones to let a change of regime slow them down, they opened their “Maison de Gastronomie” in the Faubourg Saint-Honoré in 1802. The brand now has seven stores in Paris, and more in the suburbs and across France, but they have stuck with a macaron recipe that has been passed down for 300 years. Flavors not to miss include the 70% pure cocoa chocolate from Venezuela, Bergamot tea, and champagne-cognac. 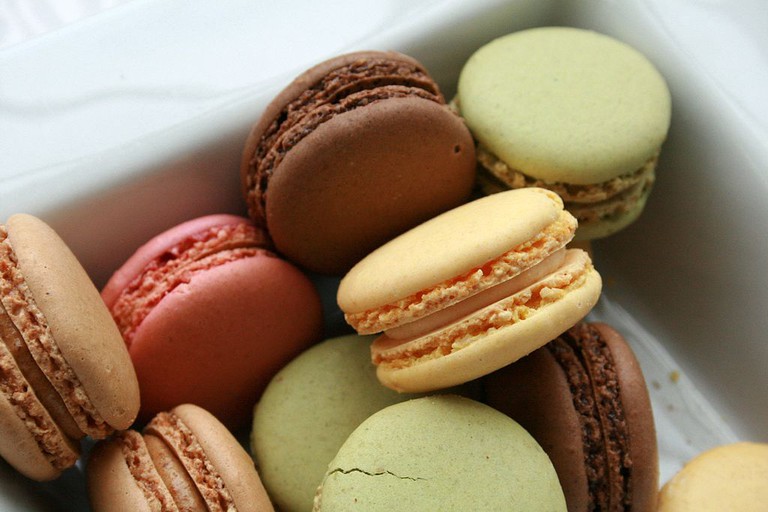 The Café Pouchkine, as the name might have suggested, specializes in spectacular Russian royalty-inspired pastries and the extravagant interiors and highly civilized service make for a fun afternoon tea. Their standard three-macaron assortment costs €9 and you can choose from chocolate with blackcurrant and raspberry, pistachio, strawberry, vanilla, coffee, Earl Grey tea, Medovick (a sort of honey cake), and caramel. They have three tea rooms in Paris and several at Orly airport. 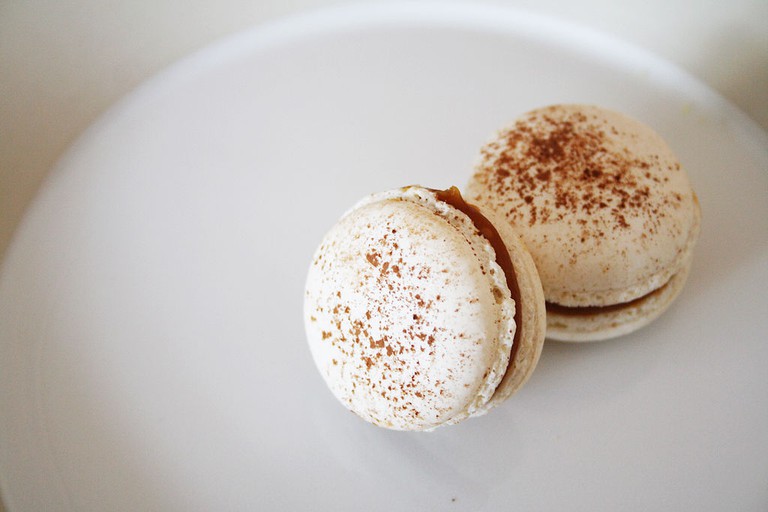 Salted caramel macarons | © saaleha bamjee / Wikimedia Commons
Gérard Mulot has been on the Paris pastry scene since the 1980s and has developed a dedicated following among locals in the know, who you’ll see queueing up at his three locations for a box of their favorite house flavors. Some of his classics include salted butter caramel, nougat, passion fruit and basil and coconut and during the winter months his chestnut, orange cinnamon, and hazelnut varieties aren’t to be missed. This is also one of the few patisseries to offer a signature “macaron du moment.”
Open In Google Maps
76 Rue de Seine, Paris, Île-de-France, 75006, France
+33143268577
Visit Website
Give us feedback 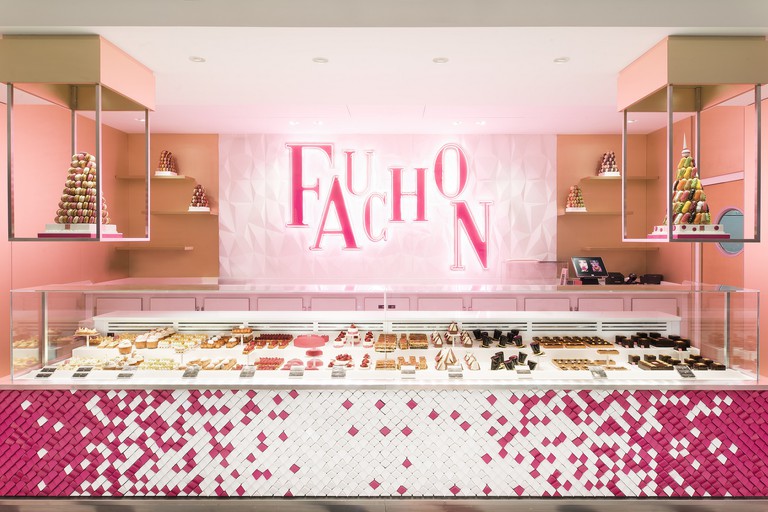 Patisserie at Fauchon | Courtesy of Fauchon

The Fauchon foodie department store, or épicerie, opened on the Place de la Madeleine back in 1886 and has been a must-visit for food-loving tourists ever since. Their box of 12 macarons, which are slightly crunchier than your average ones, has a price tag of €27 and includes two raspberry, two vanilla, two rose, one vanilla-raspberry, two Morello cherry, and two violet-flavored cassis macarons. You can find numerous outlets across Paris, its airports, and France, but the main brightly colored store at Madeleine is the place to be. 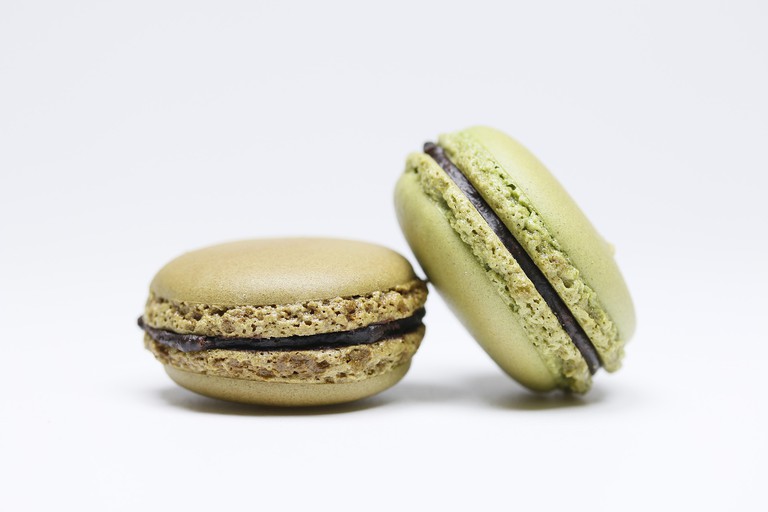 The Maison Lenôtre has been going strong since 1957, staying true to its founding principles of loving work, savoring a job well done, excelling in research, and sharing savoir-faire. This patisserie’s particularly fluffy macarons come in six natural flavors—chocolate, raspberry, vanilla, pistachio, caramel, and coffee—and you can purchase them in a sweet-tooth-satisfying box of 20 for €32. There are eight stores in Paris and more across the suburbs and France. 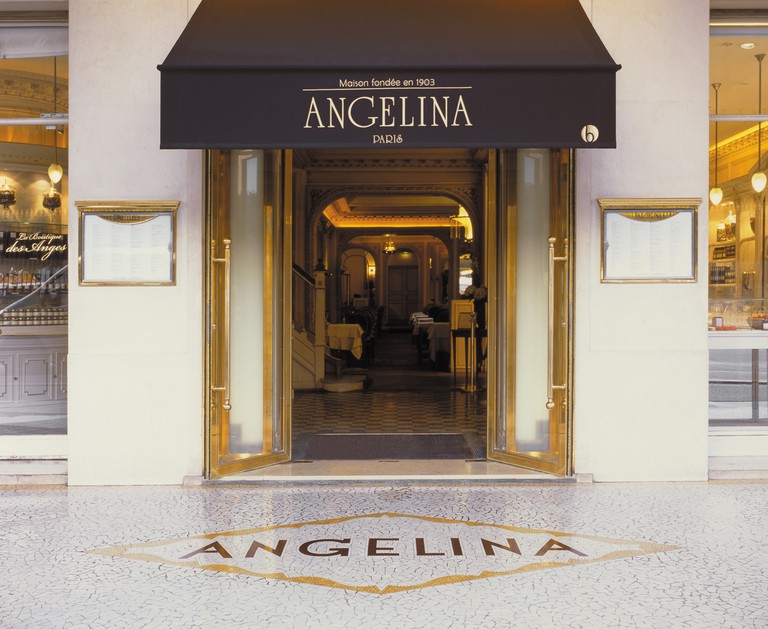 Angelina Rivoli │Courtesy of Angelina
Angelina was founded in 1903 by the Austrian confectioner Antoine Rumpelmayer, who named the tea room in honor of his stepdaughter. Its reputation as one of Paris’ most elegant and refined establishments, designed in the Belle Époque style by the celebrated architect Edouard-Jean Niermans, hasn’t wavered over the past century, drawing such names into its comfortable surrounds as Marcel Proust and Coco Chanel. While the house specialties are the indulgent hot chocolate and magnificent Mont Blanc (which you should definitely also try), the simple, classic macarons are equally delicious.
Open In Google Maps
226 Rue de Rivoli, Paris, 75001, France
+33142608200
Visit Website
Give us feedback

All Day, Breakfast, Lunch, Dinner
Give us feedback