The Best Ski Resorts Near Paris 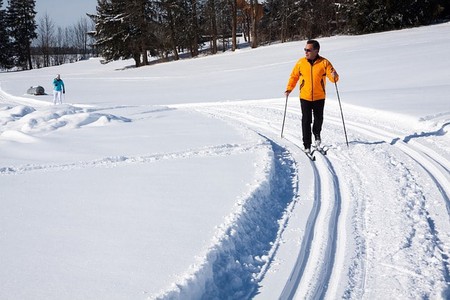 Every skier knows about Chamonix, but these aren’t the only mountains France has to offer. From Le Mont-Dore to Murat le Quaire, these hidden slopes are heaven-sent, and you’ll be surprised at how quickly you can reach them from Paris.

The closest ski resort to Paris and by far the cheapest is Le Mont-Dore, a sleeping volcano located just 367 km away from the French capital. You take the train to Clermont-Ferrand, followed by a train to Le Mont-Dore, or a bus depending on arrival time.

What’s great is that there is a free shuttle service between the village and the slopes (four km), which means no hidden costs. Given the cheaper travel expenses, reduced ski pass and apartment prices, it’s estimated that a trip to Le Mont-Dore is about 40% cheaper than a trip to Chamonix.

The only downside is that the hills are not as suited for more advanced skiers as the slopes are fairly tame. Nonetheless, they still promise a great series of thrills. 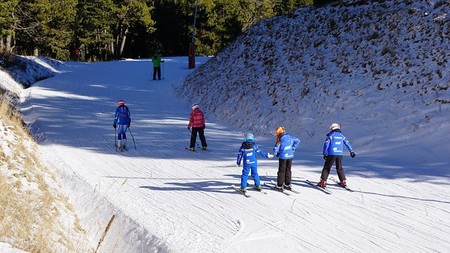 For more adventurous thrill-seekers, who are nonetheless hoping for a less demanding pause between the busier slopes, then St Jean d’Aulps is the ultimate choice. This charming village-resort is surrounded by fir trees, making it one of the most picturesque on this list.

Nestled at the foot of the majestic Roc d’Enfer mountain, whose summit reaches an impressive 2 244m, this resort offers no less than 40km of slopes for the more experienced skiers to test their skills. Of course, there is also a beginners’ area for the less experienced too. 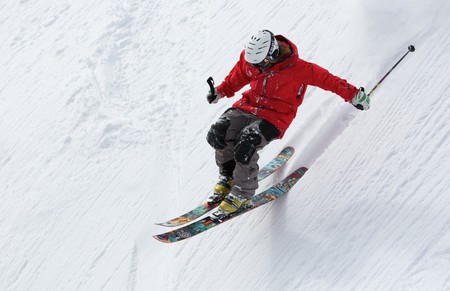 Open from December to April, Le Lorian is located 427 km from Paris, and promises to provide a great séjour. The ski range spans 150 hectares, offering a diverse choice of pistes, and the mountains range from 1160m-1850m in altitude, which is great given the location.

Not only will the lack of crowds in this small ski resort mean you barely need to queue for a lift – which in bigger resorts and at high seasons can take hours – but you’ll also be awe-struck by a charming landscape that is largely overlooked by skiers who come searching for thrills in this country. It’s a local secret. 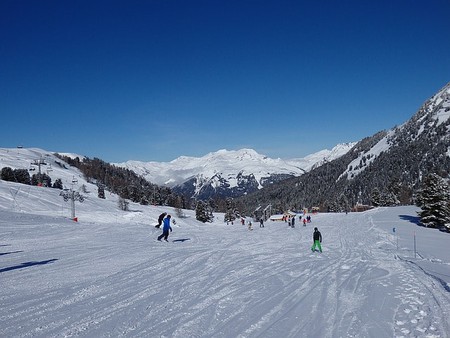 Tucked away in the heart of the Auvergne, in the Puy-de-Dôme, Murat le Quaire is a quaint mountain village, the ideal place for a family holiday in a calm and authentic natural setting. The mountains are slightly smaller, rising to 1010m in altitude, but there’s a generous selection of 57.5 km of cross-country ski trails.

Another selling point is that the prices when dining out are not as high as in bigger ski resorts, which is a great bonus as food can usually get quite expensive. The only factor to be aware of is that this station may not have decent snow conditions early in the season, so it’s best to opt for a mid-season visit to be safe, but it’s been pleasing families for years.

Paris, when it snows

Believe it or not, the closest ski resort to Paris is sometimes, Paris itself! When the city receives enough snowfall, the locals slip into their skis and take to the slopes of Montmartre, which is exactly what happened this year.

Whilst the hill in Montmartre rises to a modest 130m (430ft) high, no mountain range in the Alps could ever beat the view of the white-domed Basilica of the Sacré-Cœur glistening on its summit. 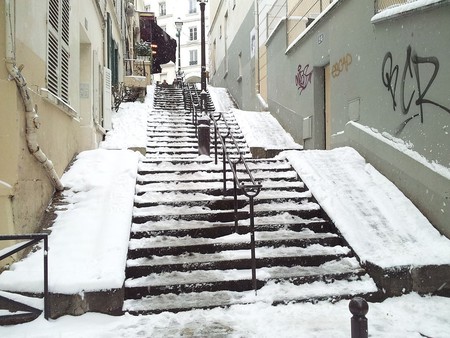 Skiing in Paris | © Clem / Wikicommons
Give us feedback