The Best Places To See Non-Western Art In Paris

The Best Places To See Non-Western Art In Paris

Hokusai at the Musée Guimet | © Jean-Pierre Dalbéra/flickr
Unquestionably, Paris is home to some of the best European art museums, but the city is also a leader in non-European art; one of the world’s largest African art collections sits in the shadow of the Eiffel Tower; cross the Seine and you will find Europe’s largest Asian art collection. So read on, as we take you to the best places to experience art from outside Europe in the French capital.

Whether you lean towards 1st-century Mayan pottery, lavishly decorated with monsters and water lilies, or fanciful 20th-century African masks carved from wood and embellished with plants, you will find something at the Musée du Quai Branly. The museum has over 350,000 items from the indigenous civilizations of Africa, Asia, Oceania, and the Americas. In addition to these exotic works, the museum is worth visiting for its beautiful space. Sitting on the banks of the Seine, visitors are first greeted with a lush, green park that includes ponds, a meandering footpath, and the famous hanging garden. The main exhibition hall is immense, filled with a collection of ramps and mezzanines. And at the top, visitors can dine against the backdrop of the Eiffel Tower at Les Ombres, the museum’s rooftop restaurant. 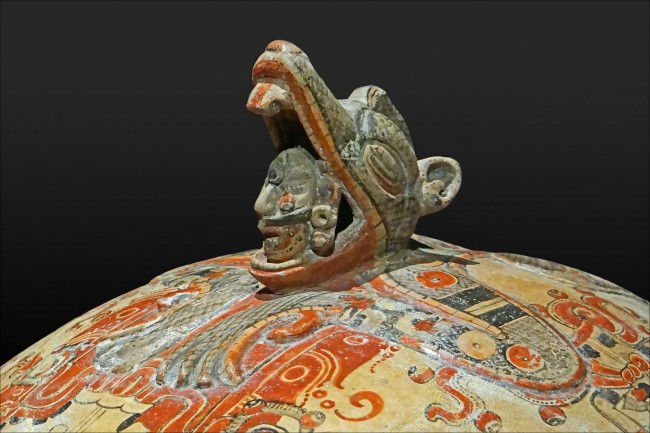 University
Shiva Natarâdja (Seigneur de la Danse) at the Musée National des Arts Asiatiques-Guimet | ©Jean-Pierre Dalbéra/Flickr
More than a just museum, the Institut du Monde Arabe is a partnership between France and all Arab League nations. The purpose of the collaboration is to raise understanding and promote dialogue between Europe and the Arab world. As such, the institute is a true cultural center. The museum portion features art, innovation, and daily goods from Arab civilizations. There is also an impressive cultural calendar which has included an exploration of female archetypes through dance, a spiritual Sufism-inspired concert, and a conference on the cultural challenges presented by the digital world in Arab nations. And finally, the institute is housed in a beautifully ornate, state-of-the-art building designed by celebrated French architect Jean Nouvel.
More Info
Open In Google Maps
1 Rue des Fossés Saint-Bernard, Paris, Île-de-France, 75005, France
+33140513838
Visit website

Museum
Tibetan Art at the Musée Guimet | © Gautier Poupeau/Flickr
Established in 1889, the Musée Guimet houses the largest collection of Asian art in Europe. Their collection covers a region stretching from Afghanistan to Japan to Indonesia. Walking through the museum, you can compare the depictions of Buddha from seven different countries, see how sculptures from India have evolved from 3000 BC to 1900 AD and learn about elaborate Tibetan deities. Though the imposing sculptures are often the big draw, the museum also boasts an impressive collection of manuscripts, textiles, and weapons.
More Info
Open In Google Maps
6 Place d'Iéna, Paris, Île-de-France, 75116, France
+33156525300
Visit website

Opera House, $$$
The gardens at the Maison de l'Amérique Latine | © Jean-Pierre Dalbéra/Flickr
The Latin America House is a site for cultural, economic, and diplomatic exchange between France and Latin America. And what a site it is. Enviably located on Boulevard Saint-Germain, the House is comprised of two 18th-century mansions that open onto a classic French garden. As part of the House’s cultural mission, it hosts photo and art exhibitions by Latin American artists that are free to the public. After your visit, grab a Mexican quesadilla and a glass of South American wine at the House’s Latin themed bar.
More Info
Open In Google Maps
217 Boulevard Saint-Germain, Paris, Île-de-France, 75007, France
+33149547510
Visit website

Museum
Created in 1898, Musée Cernuschi was started with the collection of Henri Cernuschi, a French banker who acquired more than 5,000 pieces of art during his travels to China and Japan. The museum’s diverse collection ranges from Chinese jade ornamentation dating back to the Neolithic period to contemporary Korean graphic design. The most iconic piece in the museum is the 13-f00t-tall bronze Japanese Amida Buddha statue, which sits perched above the visitors in the main hall. Located immediately outside the beautiful Parc Monceau, the Musée Cernuschi is worth a visit.
Permanently closed
More Info
Open In Google Maps
7 Avenue Velasquez, Paris, Île-de-France, 75008, France
+33153962150
Visit website