The Best Gay-friendly Bars in Paris 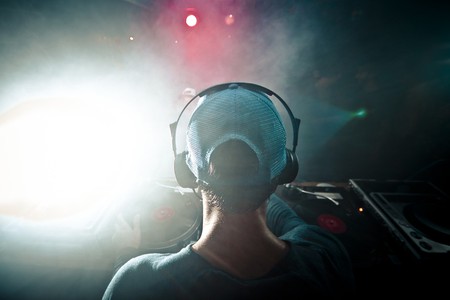 It’s called Gay Paree for a reason, you know! There’s one Parisian neighborhood where you’ll find more gay-friendly nightlife than anywhere else, and that’s the Marais. Below are ten of the best cafés, bars, and clubs where you can eat, drink, dance and be free.

Bar, Cocktail Bar, Nightclub, Gay Bar, Pub Grub, $$$
Facebook
Email
Twitter
Pinterest
Copy link
Share
Map View
You don’t go to RAIDD for the ambiance or the cocktails, or, for that matter, the bar service. You go for one thing and one thing only: the shower show. Yes, in a corner of this strobe light flashing, go-go boy dancing, all guns blazing nightclub is a shower in where you get down and dirty to the pounding house music. It’s usually stuffed to the brim with wide-eyed tourists and well-seasoned Marais party animals alike, so get there early if you want an uninterrupted view of the performance!
Open In Google Maps
23 Rue du Temple, Paris, Île-de-France, 75004, France
+33153010000
Visit Website
Visit Facebook page
Give us feedback 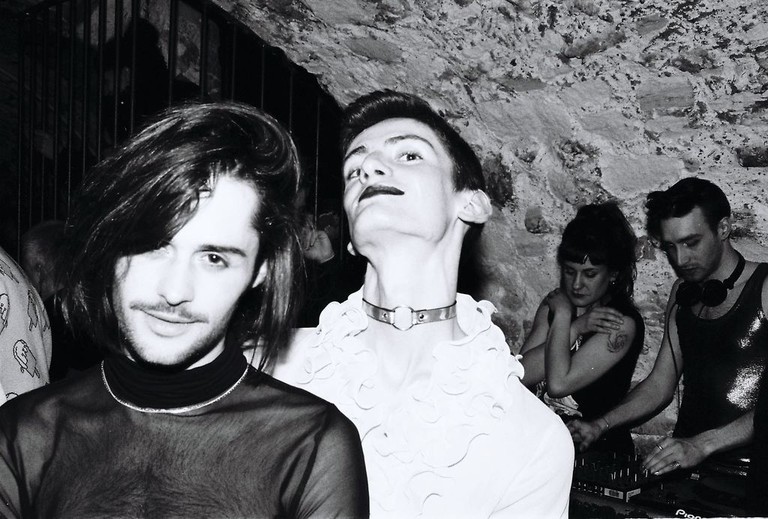 A night at Les Souffleurs, May 2017 | Courtesy of Les Souffleurs
Les Souffleurs is a trendy hangout in the heart of the Marais, just around the corner from the Hôtel de Ville. The crowd is mostly young, with hipsters well represented among its ranks of faithful revelers, and the saucy artwork on the walls hits just the right playful tone. The low ceiling and exposed stone walls add a cool, intimate touch.
Open In Google Maps
7 Rue de la Verrerie, Paris, 75004, France
+33144780492
Visit Facebook page
Give us feedback

Bar, Gay Bar, Pub Grub
Facebook
Email
Twitter
Pinterest
Copy link
Share
Map View
There’s no cover on the door at Freedj and it’s a great shout if you’re in the mood for an all-night dance party. Upstairs is a lounge area with a bar, smoking room, and foosball table and down in the cellar is a small disco. But, as we all know, it’s not about size, it’s about what you can do with it. And the resident DJs never disappoint. Wednesdays and Sundays are popular nights, but whenever you drop by you can be sure that there will be some epic tunes playing and an up-for-it crowd absolutely loving it.
Open In Google Maps
35 Rue Sainte-Croix de la Bretonnerie, Paris, 75004, France
+33148049514
Visit Website
Give us feedback

The name Bears’den should say it all: it’s big, it’s hairy and, as long as you don’t rub it up the wrong way, warm and cuddly. This three-story bar on the outskirts of the Marais, further towards Châtelet, is a welcoming and fun establishment for bears and their admirers. It is also especially loved for its wonderful staff.

Nightclub, Gay Bar, Pub Grub, Seafood, $$$
Facebook
Email
Twitter
Pinterest
Copy link
Share
Map View
Run by the same team behind RAIDD, CUD is one of the hottest addresses in the Marais. The party really gets going at around 2:00am when people start to quit other bars in the neighborhood and head down to its vaulted cave to party. The crowd typically tends to be mixed, if on the younger side.
Open In Google Maps
12 Rue des Haudriettes, Paris, Île-de-France, 75003, France
Visit Website
Visit Facebook page
Give us feedback

Open Café during the day | Courtesy of Open Café
You can’t really walk through the Marais without seeing or, more to the point, being seen by the throng on the terrace of OPEN Café. It’s a local institution, a place where you can go at any time of the day or night and watch the world and all the pretty people in it go by. Lunch is served between noon and 5:00pm and its extremely popular happy hour (all four hours of it) kicks off at 6:00pm.
Open In Google Maps
17 Rue des Archives, Paris, 75004, France
Visit Facebook page
Give us feedback

Bar, Pub Grub
Facebook
Email
Twitter
Pinterest
Copy link
Share
Map View
Just next door to the OPEN Café is another local favorite: Café COX. This bar is incredibly popular, especially between 7:00pm and 10:00pm, when the after-work drinkers descend for a couple of well-earned pints. More often than not, the generally bearded clientele pour out onto the sidewalk and into the street. The ownership hasn’t changed since it opened in 1995, but management does like to keep everyone’s attention by regularly updating the décor.
Open In Google Maps
15 Rue des Archives, Paris, Île-de-France, 75004, France
+33142720800
Visit Website
Give us feedback

Bar, Pub Grub, $$$
Facebook
Email
Twitter
Pinterest
Copy link
Share
Map View
This low-key bar in the Haut-Marais attracts a quieter crowd of 20 to 40-year-olds, those less enamored with the flashing lights and disco beats of some of the neighborhood’s better-known venues. Instead, this place offers affordable beer and wine, seating over two floors and occasional art exhibitions. It’s heavier on the shabby than the chic but you’ve got to love it for its laid-back attitude and eclectic mix of patrons who have at least one shared passion: the ability to hear themselves speak.
Open In Google Maps
25 Rue Michel-le-Comte, Paris, Île-de-France, 75003, France
Give us feedback

At the northern edge of the Marais, not far from the Arts et Métiers metro station, is arguably the friendliest nightlife establishment in the city: La Boite à Frissons. On weekends, people of all ages, genders, and orientations dance the night away under its disco ball to all genres of music. All of them besides techno, that is, because, apparently, it’s the mean cousin in the music family. There’s also a story time for which you will be required to take a seat on the dance floor. Be sure to check out the website for information on regular theme nights.