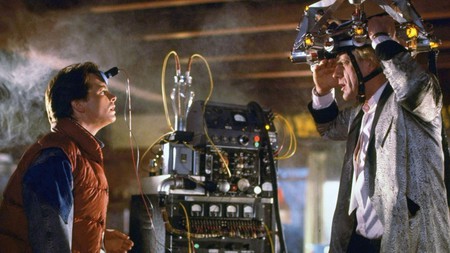 'Back to the Future' | ﻿© Universal City Studios, Inc.

Before we can talk about films with time travel, we need to state the fact that if the movie has no time traveling machine, then it won’t be included on this list. This means: no worm holes, no near-death experiences and no acid-induced dreams that take characters to another space in time – the film has to have a time machine. These are the best films (with time machines) to watch to make you want to venture through the space-time continuum…

Back to the Future (BTTF) (Part I) is simply the best time-travel flick since its birth in 1985, in part due to it’s great protagonists – Marty McFly, played by Michael J. Fox, and the strange Doc Brown, played by Christopher Lloyd. In the film, Marty journeys back to the 1950s to avoid his own death. While there, he runs into his parents when they were his age. The characters are entertaining, funny, and the movie brings up that old question: what did our parents look like when they were younger?

Let’s talk time machine. The time machine is a 1980s DeLorean sports car which Doc Brown adapts and names the ‘Flux Capacitor’. Sadly, the invention comes with many limitations that leave the two with a dilemma in the 1950s.

This time-travel movie is hugely overlooked. The movie stars Aubrey Plaza, Mark Duplass and Jake Johnson. With a little bit of mischief, mystery and romantic chemistry on display, the film is a safe bet for anyone looking for a date-night movie. Basic plot: Duplass is getting supplies for his time-traveling expedition, while Plaza is tired of living in the present because of a tragedy she finds hard to move on from. Throughout the movie, learning about each other’s dark past helps make them kindred spirits.

The machine is close to something a child might design, but it gets points for originality. The vehicle consists of a series of electrical transformers, a barge, and a large marsh-boat fan. Sounds strange? It is, but it’s a nice story with a little comic relief.

This zany time-travel movie is simple to understand and interesting to think about. Let me explain: Jack the Ripper travels into a future 1979, and attempts to continue is murderous rampage. Performances by Malcolm McDowell as H.G. Wells, and David Warner as Jack the Ripper, give viewers a little comedy, and the film has an original premise – creating a story from evil visiting the future, rather than what most narratives do, returning to the past to halt the unpleasant.

The machine is quirky. It has the front of a torpedo, the back of a jet-ski, and a series of sophisticated levers and lights highlight the inventor’s creativity – it’s cool. Not the best machine, but individual and authentic.

This romantic comedy stars Owen Wilson, Marion Cotillard and Rachel McAdams, and a ton of other big-wig actors. Owen Wilson’s character, Gil, is a writer looking for inspiration from the romantic streets of Paris when he discovers he can travel in time and meet his literary idols.

The time traveling device is a yellow Peugeot Type 176. What’s interesting about the machine, is that it only comes through the streets of Paris at midnight – hence the title – and it only takes Gil to the 1920s. Bad luck if he didn’t like the 1920s. 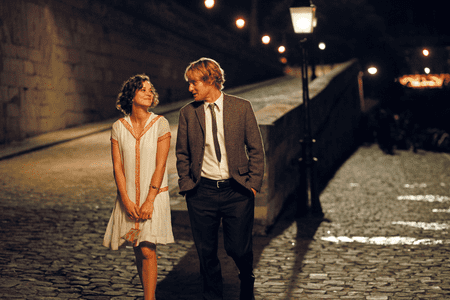 Please do not watch the 2011 version, it’s terrible. The 1960s version is fantastic; it’s a walk down nostalgic cinema lane. The special effects are great, the acting is theatrical and the two main characters are easy on the eyes. Actor Rod Taylor, as H. George Wells and actress Yvette Mimieux, as Weena, make for an entertaining time-travel flick. Viewers get to see the future of mankind and the beastly warlocks that threaten man-kind’s existence. The film exhibits an interesting take on what an average man might do if in possession of a vehicle that moves through time.

Like the other flicks, there is a fantastic time machine. It consists of a spinning plate on the back and a red velvet chair. The throttle, which allows for Rod to travel forwards or backwards in time, is similar to a boat throttle. A red, green and yellow light adds a visually pleasing aesthetic to the process of traveling.

This drama takes place in a dystopian future. The movie stars Joseph Gordon-Levitt, Emily Blunt, and Bruce Willis. Joe (Gordon-Levitt), acts as a hired gun who kills people from the future, who are sent to the past, because the mafia doesn’t want anyone to know people are dying in the future. The plot is goofy, but Looper is a great science fiction meets action movie. The film is filled with cool special effects, futuristic transportation, and questionable makeup making Gordon-Levitt look like Willis.

Let’s talk time machine – terrible. The characters can only travel back in time to be killed. That isn’t the worst of it. The time machine is nothing more than an industrial clothes dryer. Sure, there is rust and metal grating for aesthetics, but it looks exactly like a large electrical appliance with a few bright lights. 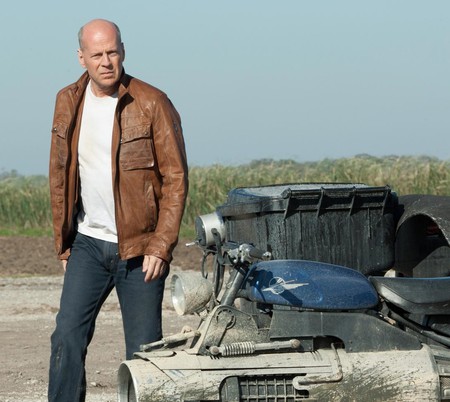 In the year 2027, Bruce Willis is sent back in time to try and find a cure for an epidemic that controls the future. Best part of the movie: when he goes back, he ends up in an insane asylum and runs into young Brad Pitt.

Like the rest, the time machine is bizarre. The machine consists of a tube-like orifice that time travelers are injected into. If it sounds sexual, that’s because it is. Before the traveler goes into the orifice, he has to be wrapped in a condom-like bag, completely naked. Only then is he injected into this hole.

This is a stupid, yet funny, film with plenty of one liners. The film stars Alex Winter and Keanu Reeves. Both characters provide a comedic interpretation of what would happen if potheads from the 1980s traveled through space. The plot is lame: travel back in time to learn about history so they can pass their high school classes, but there are some laughs; it’s an okay watch. Plus, seeing Keanu 30 years ago raises the question if he’ll ever age.

Maybe they were inspired by Dr. Who, but Bill and Ted travel through time in a phone booth. No, they did not build it, but it’s still pretty cool.

This movie is silly, but it is packed with one liners and 1980s nostalgia, again. The movie stars John Cusack, Rob Corddry, Craig Robinson and Clark Duke. Yes, this film is a typical bro-comedy where revelations are made about male-friendships and attractive women hookup with men they normally wouldn’t give the time of day to.

Finally, the time machine is a hot tub. That is correct, a hot tub. Which is filled with an interesting liquid that comes in a soda can. It is this soda that allows them to travel back in time and reevaluate their lives.

Part one and part two are completely different movies. Both have merit as separate entities. Part two has become relevant in 2017 due to a few parallels. The antagonist, Biff, played by Thomas F. Wilson, has a life very similar to that of Donald Trump. The movie shows Biff, looking similar to US President, with casino towers, and huge self-portraits hanging over his desk. Also, when this movie came out in the late 1980s, they predicted the Cubs would win the Major League Baseball World Series, and that happened last year. There are also a few cool inventions in the film that have become part of our lives today: Nike’s infamous self-tying shoes and the garden that grows vegetables in the kitchen.

The time machine is still the DeLorean, like the original, but instead of the past, Marty travels into the mysterious year of 2015. Seeing how people dreamed the world would be 30 years in the future is comical and also a little strange.