The Fauvist Painters You Need To Know 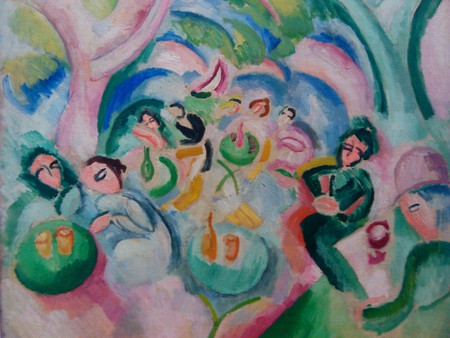 How do you see these trees? They are yellow. So, put in yellow; this shadow, rather blue, paint it with pure ultramarine; these red leaves? Put in vermilion. – Paul Gaugin, 1888

The Fauvists, who painted in the style of les fauves (the wild beasts in English), were a loose association of artists in the first decade of the 20th century who took Gauguin‘s advice to heart. They believed that individual expression was more important than the realistic depiction of a subject. Their work was characterized by wild brushstrokes, intense color and frequent forays into abstraction – saying far more about forces within the artist’s soul working themselves out on the canvas than striving for any sort of accuracy.

Recognized (along with Derain) as the leader of Fauvism, Matisse‘s work was characterized by strong colors and exquisite composition. Debuting the movement along with de Vlaminck and Derain at the Salon d’Automne 1905, the movement received a cold reception. “A pot of paint has been flung in the face of the public,” opined one critic. Another disparaged Matisse’s Woman with a Hat as “Donatello parmi les fauves!” (“Donatello among the wild beasts!”).

His 1910 painting La Danse represents the culmination of this wild and beastly style. Not only wild and primitive in technique, but the subject matter is also itself primordial. By utilizing the ancient motif of a dancing circle and simplifying heaven and earth to a background of blue and a patch of green, Matisse succeeded in breaking down the story of humanity to its most bare elements. 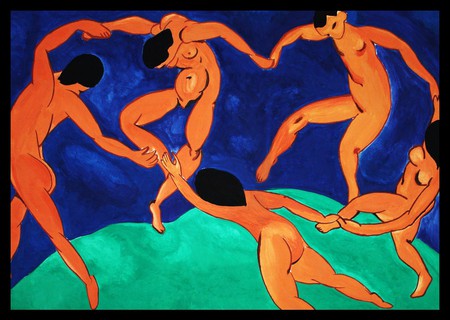 Initially serving as a co-founder of Fauvism along with Matisse, Derain was known particularly for particularly bold use of color and broad, vivid strokes of the brush. An artist who grew and evolved drastically, even as he became famous, he would expand into wood-cuttings and sculpture and experimented with primitivism and cubism before settling on painting in a more classical style by the 1920s. The Fauvist work Bateaux à Collioure, however, demonstrates his style at the time – impressionistic, saturated with color. The speed and intensity perhaps hint at the frustration that would lead to his eventual departure. 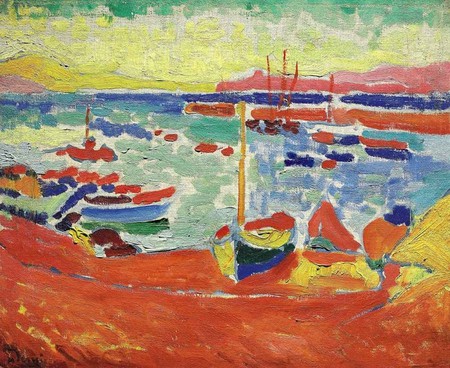 Often overlooked by the critics, Raoul Dufy painted bold and optimistic scenes from the lives of his chosen subjects: the upper classes on the French Riviera. Scenes of garden parties, concerts and yachts on the sparkling sea abound. Also a great public artist, Dufy was a committed muralist and illustrator. He completed one of the largest paintings ever conceived of, La Fée Électricité, a fresco dedicated to the wonders of electricity, for the 1937 Exposition Internationale.

A man who once declared that he loved van Gogh more than his own father, Maurice de Vlaminck’s work places him firmly as an artistic son of the late, great Vincent. In this tradition, nearly every canvas he ever painted was soaked in emotion. No matter what he painted – still lifes, landscapes, portraits of prostitutes or solitary alcoholics – the true subject was consistently de Vlaminck’s own heart. True to the art’s reflection of the painter, his color palette became more subdued as he aged, but the dramatic and unique style persisted. 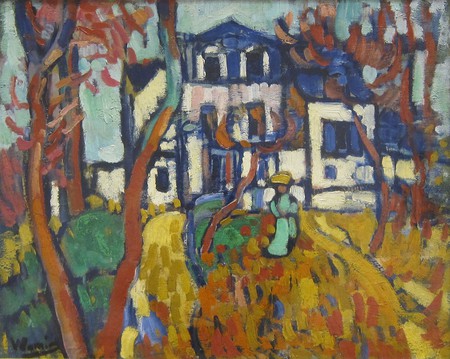 Described by Claude Monet as “A surprising touch in the service of a surprising eye,” Robert Antoine Pinchon began working in the Fauvist style when he was only 19. Unlike many of the others (for example, his friend Marcel Duchamp), Pinchon never stopped. While exhibiting the vivid colors and inner feeling of Fauvism, his works are less wild in brushstroke than those of his peers and show a peculiar care, cleverness, and sensitivity, as well as a deft hand for capturing light. 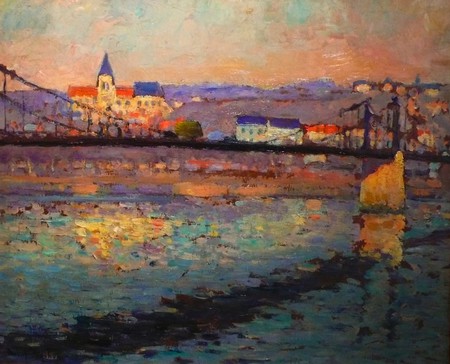