The 19th arrondissement is one of the busiest in Paris; this area hosts a number of unconventional bars and clubs, to which the rest of Paris migrates to with the setting sun. Read on, as we show you the coolest alternative venues for evening drinks. 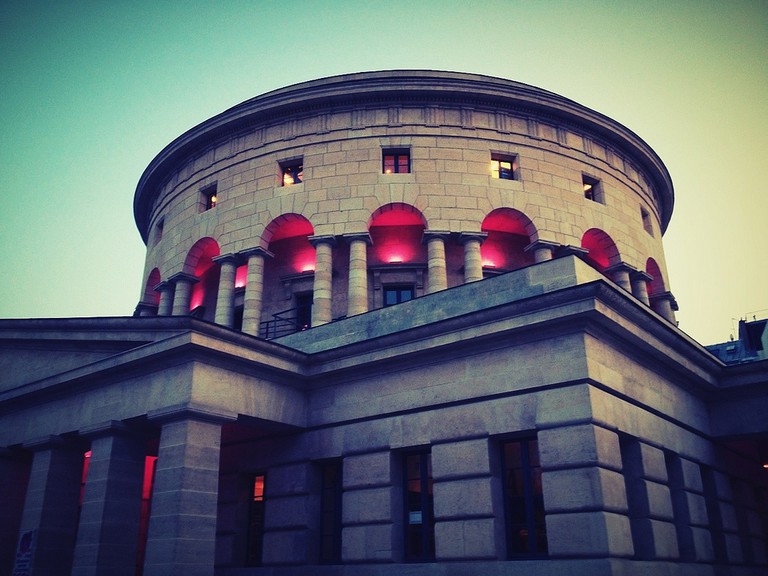 La Rotonde | © Curtis MacNewton/Flickr
La Rotonde de la Villette was built just before the French Revolution by the utopian architect Claude-Nicolas Ledoux. Today it still stands majestically at the end of the Canal de l’Ourcq and has been transformed into a multifaceted venue that houses a mini nightclub, a restaurant, a wine bar, an art gallery and a beautiful garden filled with trees, fairy lights and plants of all kinds. La Rotonde is situated on la Place Stalingrad and is one of the area’s most popular spots.
Open In Google Maps
6-8 Place de la Bataille de Stalingrad, Paris, Île-de-France, 75019, France
+33180483340
Visit Website
Give us feedback 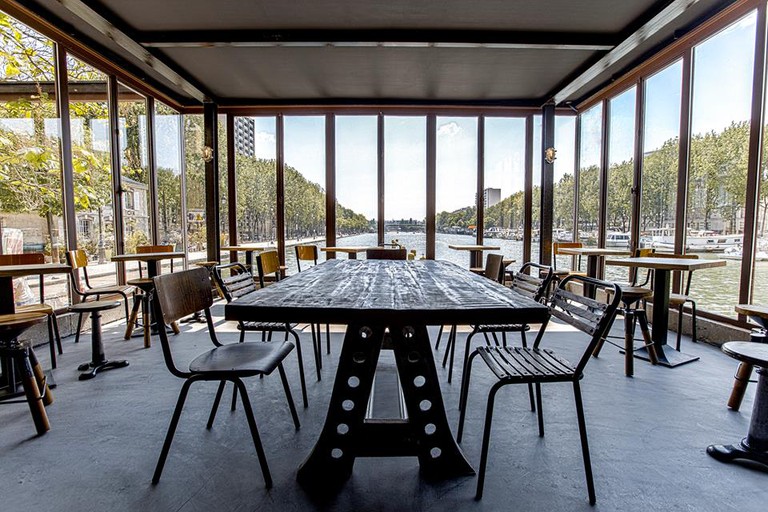 Courtesy of Paname Brewing Company | Paname Brewing Company, Paris
One of the numerous legacies of industrial Paris is the Paname Brewing Company. This micro-brewery established itself on the historical site of Les Magasins Généraux de Paris, where grain and wine used to be stocked when Le Bassin de la Villette’s trade activity was at its peak in the 19th century. The PBC produce their own artisanal beer in an eco-friendly fashion, directly inspired by the American craft beer movement. They offer a large selection of IPAs, lagers and even black ale.
Open In Google Maps
41 bis Quai de la Loire, Paris, Île-de-France, 75019, France
+33140364355
Visit Website
Give us feedback 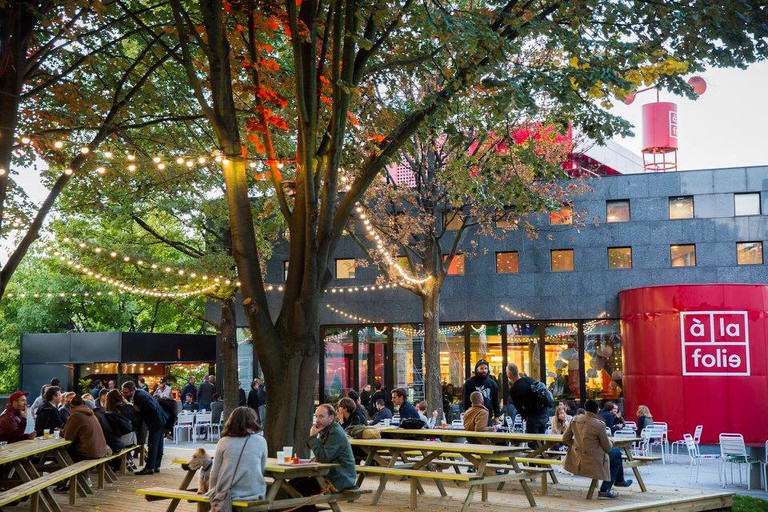 A la Folie, Paris | Courtesy of A La Folie
A La Folie is quirky and charismatic. During the day, crowds of parents, with kids in tow, gather in the garden to drink lemonade, while in the evenings, different DJs take over for the night. The food is of great quality, and the prices are decent as well.
Open In Google Maps
Parc de La Villette, Folie L2, 26 Avenue Corentin Cariou, Paris, Île-de-France, 75019, France
+33776797066
Visit Website
Give us feedback 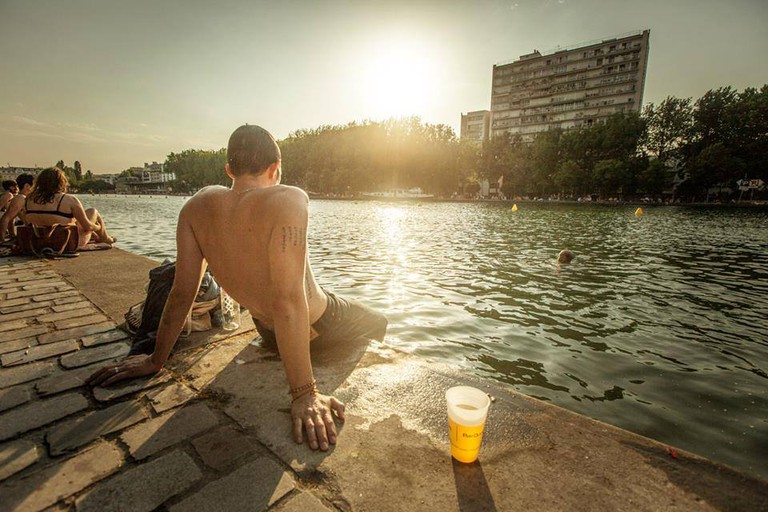 BarOurcq, Paris | Courtesy of Bar Ourcq
This brightly blue painted bar is a real institution in the neighborhood. If you walk past it on a sunny day, you’ll notice a huge crowd of people standing or sitting on stools on the pavement, or even on the waterfront. Locals gather here during the summer for a drink and ‘une partie de pétanque,’ the famous game from Marseille that has taken over the banks of Paris. This place also hosts DJ nights from Friday to Sunday, as well as occasional exhibitions.
Open In Google Maps
68 Quai de la Loire, Paris, Île-de-France, 75019, France
+33142401226
Visit Website
Visit Facebook page
Give us feedback 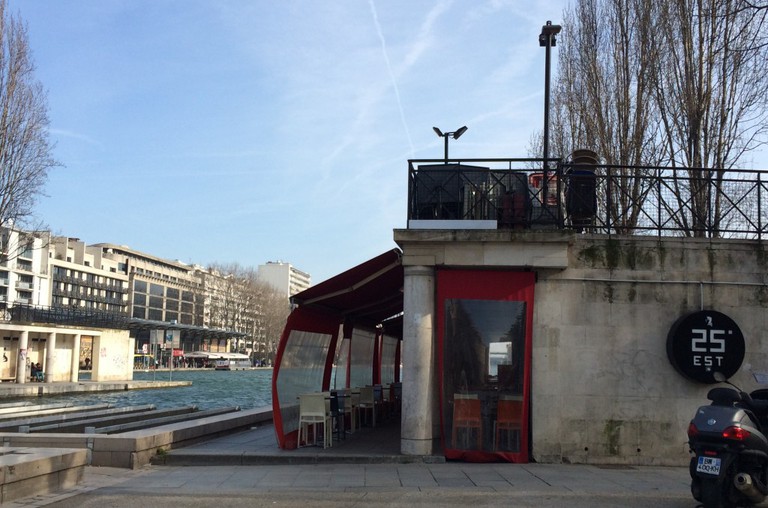 25° Est | © Hattie Ditton
Le 25° Est is the other important institution of La Place Stalingrad, one of le 19ème’s main squares. This imposing place is located in an ideal spot by the water, overlooking le Bassin de la Villette and the two famous MK2 cinemas across the water. One of its many advantages is its huge roof terrace, which is almost always packed day and night and offers an incredible view of the canal. Food is also an option here, and if you’re a sports fan, all sorts of matches are shown on a big screen.
Open In Google Maps
10 Place de la Bataille de Stalingrad, Paris, Île-de-France, 75019, France
+33953276816
Visit Facebook page
Give us feedback 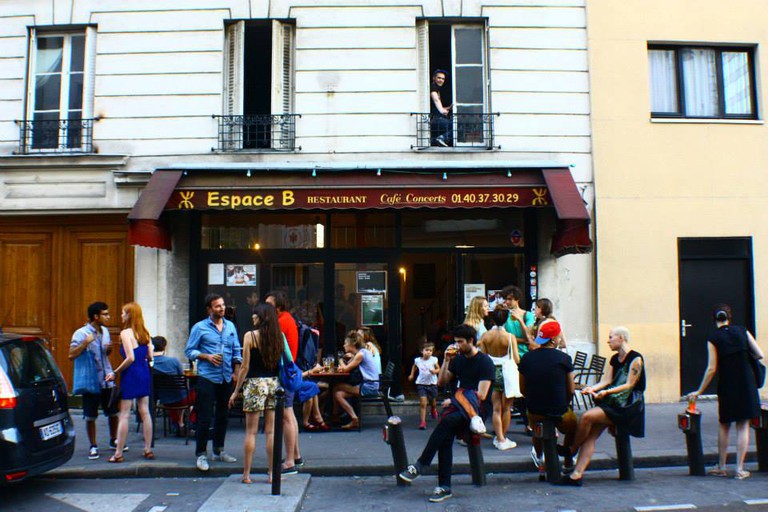 Espace B, Paris | Courtesy of Espace B
L’Espace B is located on a secret backstreet just off le Canal de l’Ourcq, and lights up the Flandre area with its original, eclectic cultural events and musical lineups. You’ll be surprised by the size of the place and its great stage once you walk through the door, where a long list of French and mostly international indie bands have performed over the years.
Open In Google Maps
16 Rue Barbanègre, Paris, Île-de-France, 75019, France
+33984541983
Visit Website
Give us feedback

Café Chéri, Paris | Courtesy of Café Cheri(e)
Café Chéri(e) is a prominent local institution and is particularly busy from Thursday to Saturday nights until 2am, when different DJs light up the place with hip hop, funk and electro sets. Its outdoor terrace is also a perfect spot to people-watch, and don’t forget to visit the 1st floor of Café Chéri(e) where you can catch a number of different art exhibitions.
Open In Google Maps
44 Boulevard de la Villette, Paris, 75019, France
+33953059336
Visit Facebook page
Give us feedback 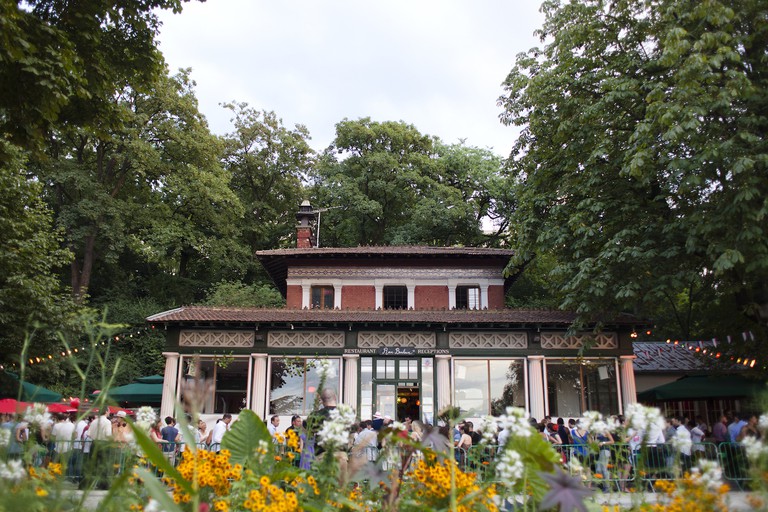 Courtesy of the Rosa Bonheur, | © Pascal Montary
Le Rosa Bonheur is also nicknamed a ‘guinguette,’ the old-fashioned word for a dance hall, because that’s exactly what it is. The original Rosa Bonheur, nestled on a hill among the tall tress in the beautiful Parc des Buttes Chaumont, is named after a 19th-century woman painter who was fascinated by animals and nature in general. The interior is gorgeous – you’ll probably have to queue to get in, but it will certainly be worth your while.
Open In Google Maps
2 Avenue de la Cascade, Paris, Île-de-France, 75019, France
+33171602901
Visit Website
Give us feedback
Give us feedback