The work of French photographer Olivier Valsecchi blurs the border between sculpture and nude photography, breathing fresh life into both genres. In his photo series Klecksography, Valsecchi develops this concept by creating living human sculptures inspired by inkblot tests used by Swiss psychologist Hermann Rorschach. We take a closer look at this innovative photo work. 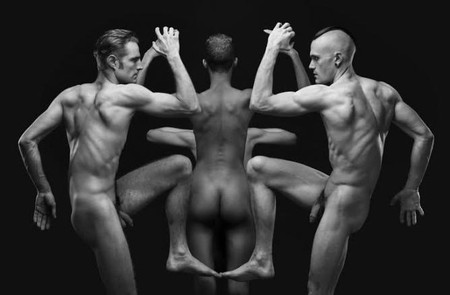 At first glance, Valsecchi’s photographs look more like oil paintings than anything involving real people. Like previous works Dust and Time of War, Klecksography is shot against a dark background, echoing classical portraiture. Despite this, Valsecchi’s work remains steadfastly modern as a result of the symmetry created by the bodies. What’s more, Valsecchi differentiates his work from portraiture by photographing his subjects as structures rather than individual people. This creates a sense of anonymity as the models are stripped of any character or story – their bodies are solely used to create shapes and images.

The idea of anonymity is accentuated by the lack of facial expression, as most of the models face away from the camera or are obscured by darkness. Occasionally, an identifying element creeps into a photograph – a defining haircut or a tattoo for example, but for the most part, models in Valsecchi’s work are impersonal. While this may seem like Valsecchi is completely objectifying his subjects, the sense of impersonality actually detracts from the idea of sexuality, as the viewer is occupied by the forms that the models create rather than the bodies themselves. 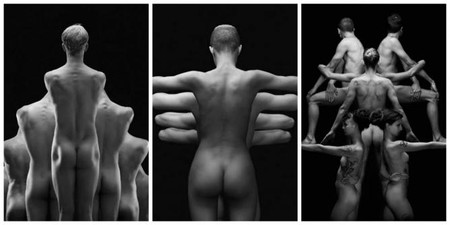 Valsecchi provides an insight into how the images were created in a behind the scenes video. This video is a valuable insight into the world behind Valsecchi’s photography, as it exposes the collaborative process necessary to create it. The video is set to The Dreaming by Kate Bush, a song about a battle between the Australian Aborigines and Western Invaders that inspired Klecksography. The idea of war is apparent in works such as Minotaur, as well as in previous series such as Time of War, which distort any preconceived ideas of what nude photography should look like. 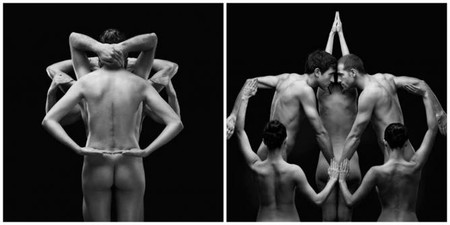 Born in Paris in 1979, Valsecchi graduated from Toulouse’s ETPA Photography School in 2007. He first gained attention in 2009 as a result of his series Dust, which explores the idea of a phoenix rising from the ashes. Like all of his work to date, Dust and Klecksography embody a minimalist aesthetic which belies the complicated process required to create them. His work has been exhibited worldwide and in 2012, he was the recipient of the prestigious Hasselbad Masters Award. What makes his work really stand out is that most nude photography in mainstream media is created for the purposes of advertising, rather than to create a genuine work of art. For the viewer, part of the appeal of Valsecchi’s work is that it’s so unusual to see bodies taken out of everyday context and used for an abstract purpose, let alone for a purpose as innovative as this. 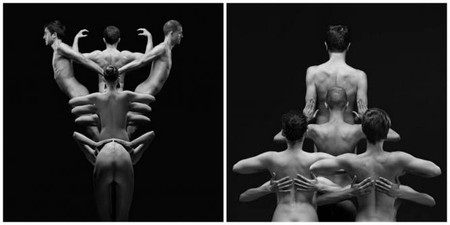 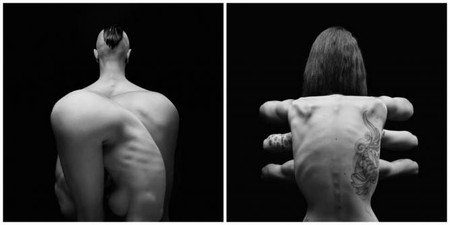