The 10 Must-See Artworks In The Louvre, Paris

With 35,000 objects displayed in more than 60,000 square meters, a definitive top 10 of the world’s most popular museum, the Louvre, seems like a gesture of insanity. Consider this a guide to the most popular and perfect pieces in the Paris establishment. 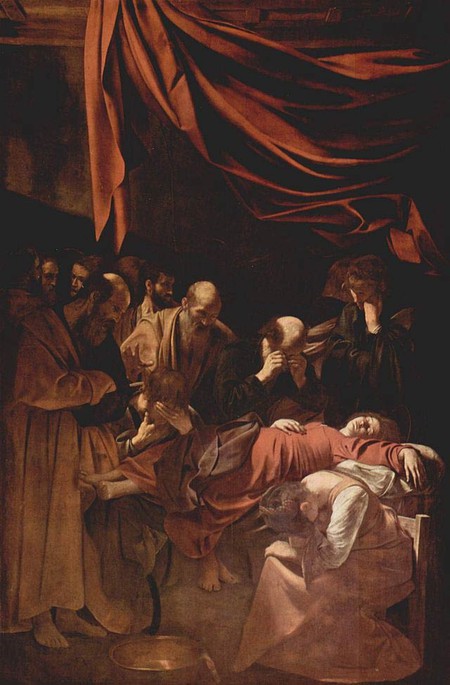 Caravaggio was the raconteur and revolutionary painter of his day, and in Death of a Virgin we can see why. Where his contemporaries worked to depict the saints as unattainable ideals, Caravaggio’s saints are bestowed with the agonies and ugliness of reality. In this particular work, the universal human emotions of grief and despair are exposed to us. This art also features his most sensuous painting of fabric, with the red drapes occupying one-third of the canvas. Caravaggio painted a masterpiece that can still speak volumes to us in this increasingly secular age, featuring a strong depth of emotional truth.

Jacques-Louis David – The Consecration of the Emperor Napoleon and the Coronation of Empress Joséphine on December 2, 1804, 1806

After working as the ‘official artist’ of the French Revolution and leaving us with a series of epic canvases that will color interpretations of those events forever, Jacques-Louis David became court painter of the Second French Empire under Napoleon. In this role, he painted this detailed study of this emperor. For those who come to the Louvre wishing to understand more about French history, this is an essential viewing. The stillness and pomp of Napoleon’s image is emblematic of how far France had changed since David’s kinetic, activity-filled drawing of the Tennis Court Oath, one of the crucial events from the beginning of the Revolution. 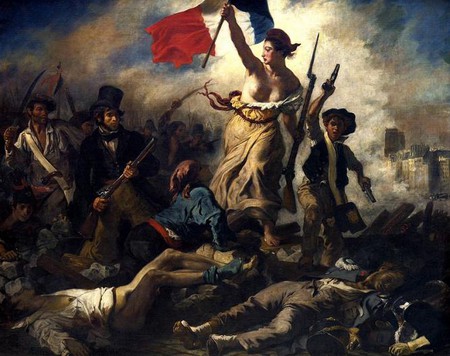 This is one of the Louvre’s paintings so famous it has taken on a life of its own, Liberty Leading the People has inspired everything from the Statue of Liberty, Les Misérables to Coldplay’s Viva La Vida album cover. This legacy, rather than lessening the impact of the original actually makes it even more mesmerizing. A founding image from which modern France takes much of its identity, with the central female figure becoming codified as the definitive ‘Marianne’ (a symbol of France). More generally, however, it is one of art’s most stunning representations of ‘liberté, égalité, fraternité’, and one of the most potent depictions of revolution ever painted.

Among the hallowed halls of the Louvre you will find many representations of great men, hundreds of depictions of kings, queens, emperors and gods. Of these, one of the greatest is van Dyck’s portrait of the ill-fated Charles I of England. In this work, van Dyck tempers the melancholia of much of his best work to portray a monarch of poise and unquestionable authority. That history shows us that this rendering was far from the truth makes the painter’s achievement even more remarkable here. It shows in one painting why van Dyck was so in demand as a court painter in Britain. 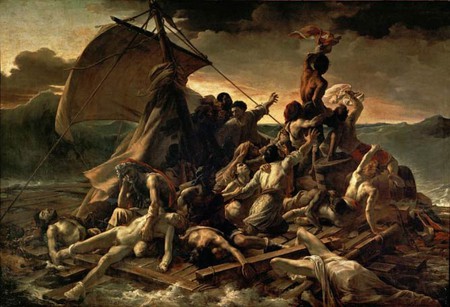 This painting of a shipwreck ironically launched a wave of work in French Romanticism. Although it has been seen by so many in countless art history books, a visit to the original in the Louvre is a must. To enter the room it hangs in is to be bombarded by the painting (measuring an epic 5 meters by 7 meters) and to be confronted by its convincing depiction of the real savagery of man under pressure. After all, the sinking of the real Medusa was the scandal of its day, with all but 15 of those on board perishing. Those that survived had avoided starvation through cannibalism.

This female nude redefined the form. Its painter, Ingres, became known for his mastery of depicting flesh. ‘The Valpinçon Bather’ has influenced everyone with an interest in the human body, from Lucian Freud to Man Ray, whose famous photograph of a woman with violin holes drawn on her back is titled ‘Violon d’Ingres’. Far from being worth seeing due to its influence, however, the original is a must-see in its own right due to its being the best work of one of the greatest painters of the female form of all time. It is a painting that still influences how women are depicted in art even to this day.

Although you will have to fight through an army of selfie stick carriers to even get a glimpse of it, who could conceive visiting the Louvre without seeing the most famous painting in the world? Thousands of pages have been written about every detail of the elusive sitter, and Leonardo’s technique has been analyzed with more scrutiny than any other artist. Yet the painting still manages to hold on to its aura. It is almost impossible for one small work to live up to so much hype, but if any painting could manage, it would be this one.

The only other genius of the Renaissance that can match the legendary status of da Vinci, Michelangelo Buonarroti’s Dying Slave shares the complex mix of emotion and eroticism of his most famous work, his statue of David in Florence. The Dying Slave features all of the agony and the ecstasy that characterizes the artists’ work (and led to the famous novel and film of the same name). That he was able to produce such a masterwork immediately after completing the Sistine Chapel tells you everything you need to know about the genius of Michelangelo, the master of all the art forms of his day.

Although the Louvre is best known for its collection of art in Europe from the 14th to 19th century, the museum also houses a treasure trove of items from antiquity. Of these, one of the oldest is the Monument of King Naramsin, made in Mesopotamia 2000 years before the birth of Christ. It shows the aforementioned king treading over a vanquished enemy. This work begins a tradition of depictions of royal power that can be seen across thousands of the museum’s items.

The Louvre’s second most visited work after the Mona Lisa, the Milos Aphrodite (better known as the Venus de Milo) has remained just elusive as that 16th-century painting. Although recent developments have been made, much about the statue remained a mystery for many years. Most famously: where are the arms originally attached to the statue located? Whatever the answers to the questions surrounding it though, what we can be sure of is that the Venus de Milo will remain one of the greatest examples of female grace to be found in the Western art canon.

For more masterpieces visit our article on the unusual paintings found at the Louvre.