The 10 Best Neighbourhoods in Paris 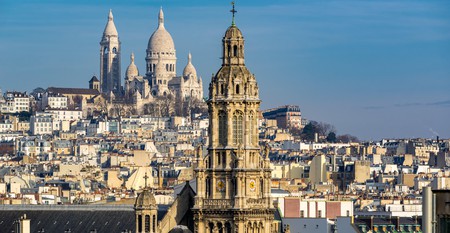 Neighbourhoods in Paris are constantly reinventing themselves, as a new generation of innovative restaurateurs, art galleries, mixologists and unique retailers mix into the diverse fabric of cultures that populate the many corners of the French capital. These 10 best neighbourhoods in Paris infuse their rich history with new energy, full of the savoir vivre for which Parisians are known. 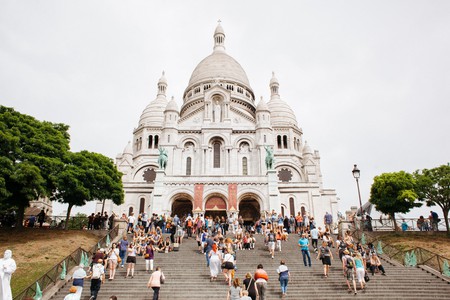 Visitors take in the views of Paris from the steps of the Sacré-Coeur in Montmartre. | © Caroline Peyronel / Culture Trip

Montmartre remains a special part of the Parisian landscape, with its meandering streets tucked away on the legendary hill in the north of the city. Montmartrois, as the neighbourhood locals are known, are fiercely loyal to their hillside quartier and a rich artistic, independent history that, despite the daily influx of tourists, has managed to keep its village ambience. Local people do their shopping at the traiteurs along rue des Abbesses, tuck in for dinner at the upscale bistro Le Miroir or grab an exotic cocktail at La Famille, perhaps after an opening at the Kadist Art Foundation, a site for cutting-edge contemporary art projects. 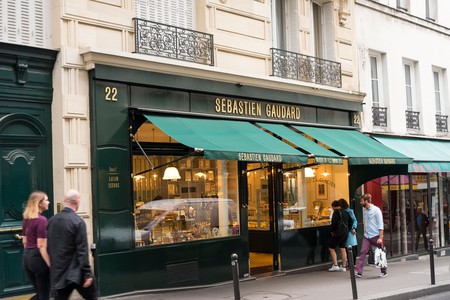 While some people may lament the takeover of the former bars à hôtesses by trendy new cocktail bars like Dirty Dick, South Pigalle – or SoPi, as it is known – is one of the most happening neighbourhoods in Paris. Whether it is the gourmet shops around rue des Martyrs or the nightlife at hotspots like Le Carmen, composer Georges Bizet’s baroque home-turned-club, new bars and restaurants continue to invade this quarter below Montmartre, spreading northeast along the pleasant, tree-lined avenue Trudaine, where outdoor seating abounds, and there is an organic market every Friday afternoon at Place Anvers. 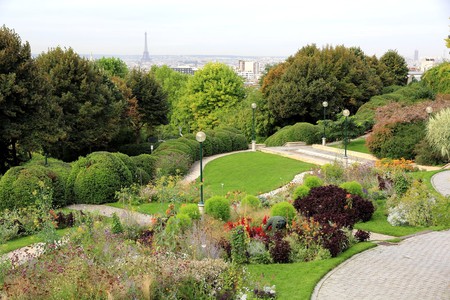 This neighbourhood, which Edith Piaf once called home, is quickly becoming a thriving nightlife and art scene. The bars on rue de Menilmontant consist of many old favourites, and art galleries are cementing the emergence of a young art scene. There are charming corners as well, such as the Parc de Belleville and its panoramic views, or the area around Place St Marthe, where the laid-back ambience combines a cosmopolitan vibe, boasting delightful cuisine from Sicilian and Brazilian to Rwandan. 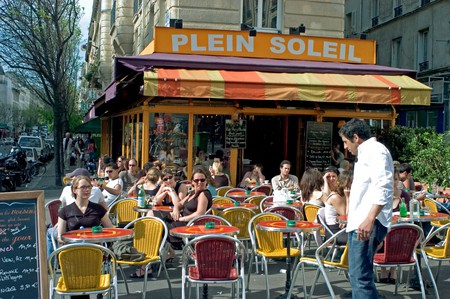 Just down the hill from Menilmontant is the lively neighbourhood of Oberkampf, where there are an abundance of nightlife options, even if arty cocktail bars or foodie havens like Le Dauphin are more your style. There are also a number of West African restaurants concentrated in this neighbourhood, such as the convivial and authentic L’Equateur. 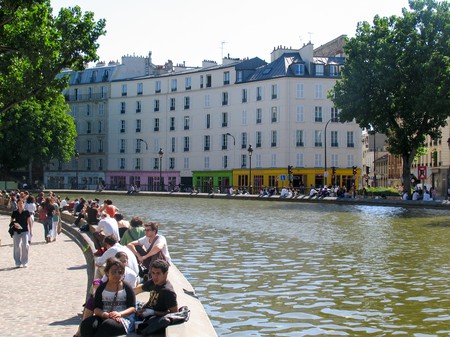 The neighbourhood surrounding the Canal Saint-Martin has become a firmly established centre of coolness, developed around the charming strolls along the nearly 200-year-old waterway. You can order some Mexican burritos and tacos from El Nopal and grab a spot on the canal. If you prefer table service, there are also a number of excellent bistros to choose from, such as the popular Restaurant Philou. For the fashionistas, there are the great shops of rue Beaurepaire and rue de Marseille, and when you’re thirsty, classic neighbourhood haunts like Chez Prune or quirky venues like Le Comptoir Général are never far away. 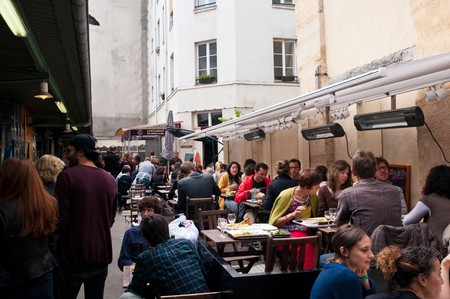 A sleepy, lesser-known section of the ever-popular Marais, the Haut Marais is perhaps one of the most up-and-coming neighbourhoods in Paris. It is actually one of the oldest parts of the city, with many 17th-century stone mansions, such as the Hôtel Salé housing the Musée Picasso. This area also has the oldest covered market in Paris, the Marché des Enfants Rouges (dating from 1615), a great spot to enjoy a variety of international cuisines and organic foods. Enjoy great cocktail bars like the Little Red Door and Candelaria, and top art galleries like Galerie Thaddaeus Ropac. 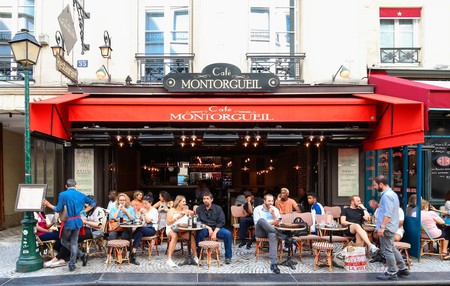 While the historic food stalls of Les Halles have long since moved out to Rungis, the charming white-cobblestoned pedestrian area of rue Montorgueil still contains a wealth of shops for all sorts of foodie fanatics: from fine purveyors of chocolate and cheeses to boulangeries and fishmongers, along with the oldest patisserie in Paris, La Maison Stohrer (since 1730). You can pick up a floral bouquet, enjoy a coffee or aperitif at one of many pleasant terraces dotting the area and try some escargots in a surprising variety of preparations at the long-established restaurant L’Escargot. For a late-night drink, the Experimental Cocktail Club elevates the crafting of cocktails to an art form. 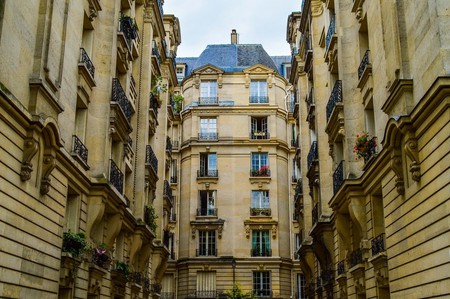 An unexpected oasis in a little-known corner of the 17th arrondissement, the Batignolles neighbourhood is a laid-back haven of gastronomic delights and charming boutiques perfect for an afternoon of flânerie. Its village-like feel is ideal for a simple, authentic Paris vibe, far from monuments and museums. Stroll the 19th-century Square des Batignolles (an idyllic small park with a small waterfall and stream), and peruse the shops along rue Legendre. Enjoy the local organic market on Saturday mornings, or grab a seat outside at one of the pleasant bistros like Le Tout Petit. 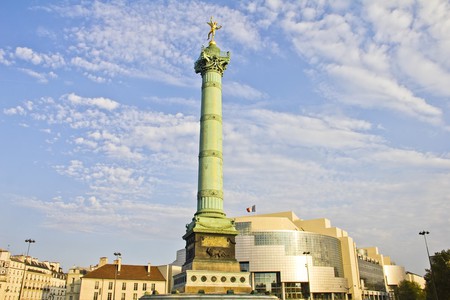 Bastille has great dining venues, along with top-notch cocktails at places like the hidden speakeasy Moonshiner and bar-nightclub Badaboum. Master chef Alain Ducasse has also installed his chocolate factory here on rue de la Roquette, and for a worthwhile cultural night out, L’Opéra Bastille remains a sure bet. 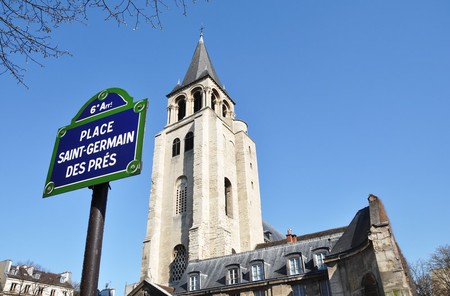 Saint-Germain-des-Prés has an artistic allure and storied literary history – Oscar Wilde lived at what is now the very hip L’Hotel, and classic locales like Café de Flore and Deux Magots were hangouts for figures like Sartre, de Beauvoir and Camus. Today, the existentialists may be long gone, but the perennially cool café culture remains. Top art gallery Kamel Mennour has raised the neighbourhood’s contemporary art profile, and fine cocktails can be found at the Prescription Cocktail Club.