A Local’s Guide to the Best Restaurants in République, Paris 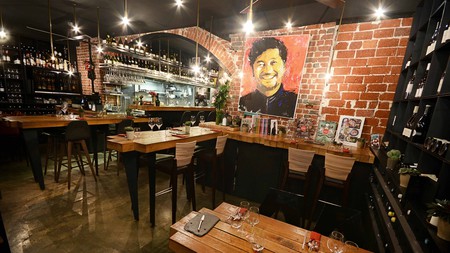 The classic French bistro has been given a makeover in the effervescent area around République, where restaurants boast a wide array of trendy small plates, contemporary haute cuisine and international fare to satisfy any curious diner.

Visitors emerging from the République metro stop might not immediately realise its culinary potential. “The area right around the place (square) is still filled with uninteresting chain restaurants,” says Meg Zimbeck, founder of popular restaurant review site and food tour company Paris by Mouth. “But you don’t need to travel far along any of the spokes leading out from its centre to eat and drink really well.”

Trendy small-plate restaurants rule the roost in the roads around République metro, though restaurants embracing the traditional three-course French dinner are once again becoming popular among residents. There are also multi-course tasting menus requiring reservations weeks in advance. The République dining scene has recently become known for its diversity, too. “It’s accessible,” says Lindsey Tramuta, journalist and author of The New Paris. “There’s a mix of high and low, a variety of cuisines, and very selfishly, it means I don’t have to go very far to eat well since I live nearby.” But if there’s one thing that unites République’s dining, it’s creativity.

Dine with chefs at Le Rigmarole 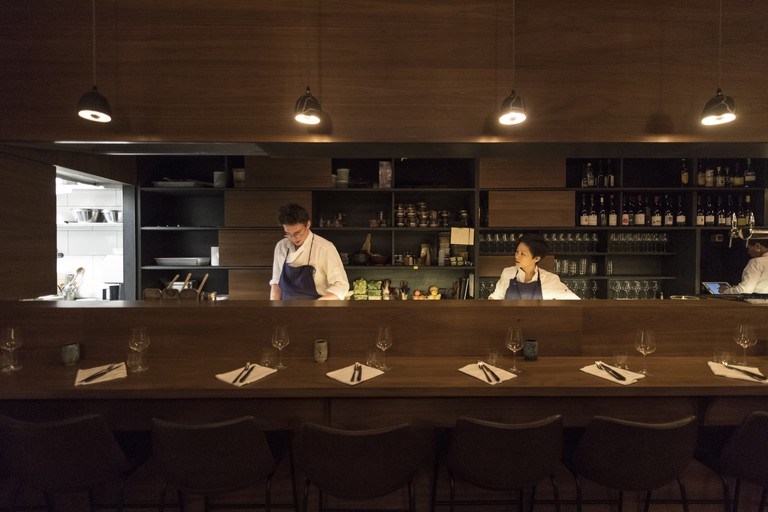 Le Rigmarole has long been a favourite among chefs and other restaurant professionals in Paris, and it’s not hard to see why. Inspired by his time at New York’s Yakitori Tori Shin, Franco-American chef Robert Compagnon has created the ideal space to display his dazzling, adventurous, Japanese-inspired tasting menu. Local restaurant owner Daniela Lavadenz loves “the beautiful, delicate cooking” achieved by chef Compagnon, who uses binchotan – Japanese white charcoal. “The cuisine is subtle but nevertheless filled with flavour and emotions,” she says. Don’t miss the delicious desserts from chef Jessica Yang, formerly of Guy Savoy and Per Se. 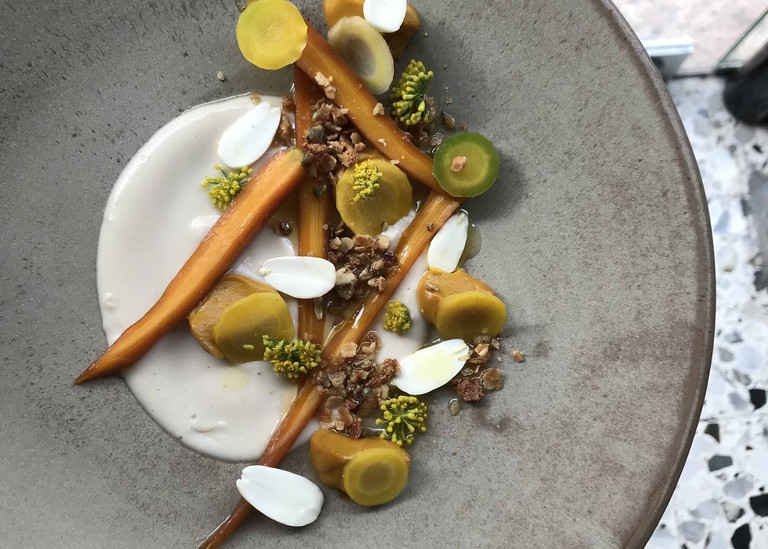 Finding plant-based dishes can be a tough order in meat-loving Paris, but the international team at Le Saint Sebastien often puts at least one vegetarian or vegan-friendly option on the menu. For Zimbeck, it is yet another restaurant well worth a venture into the little pocket of the 11th arrondissement between République and Saint-Ambroise. She refers to the “outstanding” 300-bottle-strong wine list and “beautiful” service as particular highlights, as well as the international touches on chef Rob Mendoza’s menu, such as cauliflower with house-made mole sauce or chargrilled tuna head with XO sauce. Owner Lavadenz notes that such playful, creative dishes are perfectly suited to the neighbourhood, thanks to “the curiosity of chefs who want to challenge you” as well as “the openness of clients willing to taste”. As she explains, “There are dishes that, as a restaurateur, you wouldn’t risk serving on the other side of the Seine!”

At Robert, located in a luminous space near Goncourt, Australian chef Peter Orr capitalises on local French products, effortlessly threading in hints of contemporary, international flavours. For example, classic French steak tartare might be served with beetroot and horseradish cream, while cod is perfectly paired with lardo and fresh corn. The variety of home-made pasta is always a phenomenal choice, and all can be paired with a glass (or bottle) of organic wine. For a departure from the menu’s norm, don’t miss Robert’s regular Thai lunches, a speciality of Orr’s from his time at Nahm in London.

Feel right at home at Korus

The husband and wife behind Korus have acquired a local fan following for their contemporary restaurant. Chef Maxime Elan serves up a gourmet small-plates menu at the bar, while a full four- or five-course tasting menu of clean, often biodynamic ingredients can be enjoyed in the small dining room. Either dining option is lovely when paired with a natural wine selection from sommelier Vincent Glaymann. The prix fixe lunch is a fantastic deal, especially for the quality.

Conquer the cheese plate at Astier

Astier gets French bistro food right. In striking contrast with many of those smattering Paris’s streets these days, this little restaurant just between République and Parmentier offers a traditional menu of seasonally inspired choices that could include escargots (snails), steak au poivre (pepper steak) or ratatouille (stewed vegetables). Save space after your main for one of the most generous cheese plates you’ve ever seen; for €16 (£13.40), enjoy a basket of cheeses to devour to your heart’s content.

Enjoy Korean and French flavours at Pierre Sang on Gambey 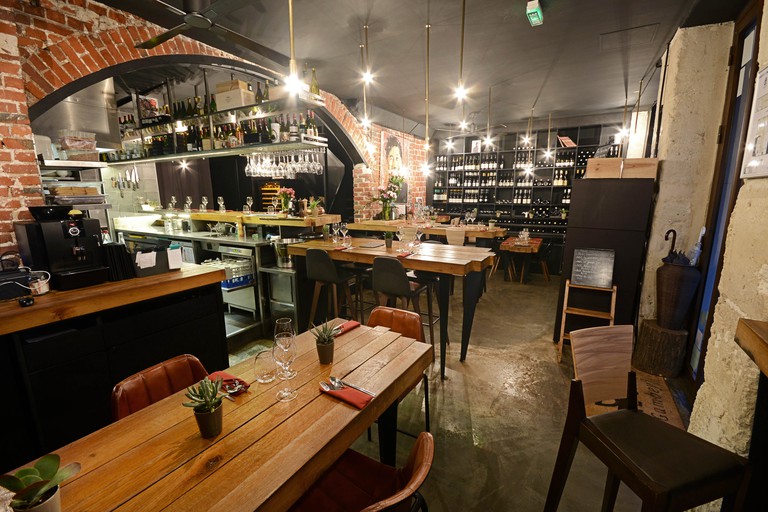 Former Top Chef finalist Pierre Sang Boyer is well known for the fusion of flavours used in his cooking, inspired by both his Korean background and French home. In this modern dining room of exposed brick, with wood and metal accents, customers are served a prix fixe menu with a twist. The ingredients composing the chef’s inventive dishes are not shared until after tasting, inviting diners to use their palates to uncover the innovative blends of Korean and French flavours and encouraging interaction between servers and guests. Try to snag a seat at the bar to watch the masters at work.

Get a real spice hit at Deux Fois Plus de Piment

This intimate and traditional Sichuan restaurant may appear simple at first glance, but the menu promises an explosion of flavours. Most dishes, from the moreish kung pao chicken to the sautéed beef with leeks and vinegar, can be ordered on a spice range of one to five chillies depending on your taste. Be warned that the three-chilli option is usually more than sufficient, even for hotheads. Don’t miss the pork and chive dumplings, and be sure to reserve a table (or take your order to go), as seating here is tight. 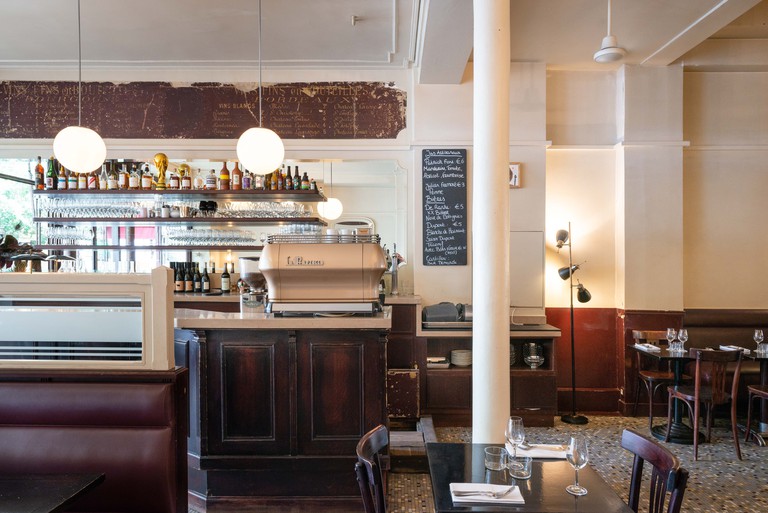 The Basque region is known for its tapas or pintxos, and Le Chateaubriand’s Basque-born chef Iñaki Aizpitarte taps into his native expertise at the wine bar outpost just steps from his Paris-based Michelin-star restaurant. The ever-changing menu at Le Dauphin might feature clams with tomato and basil, tempura sardines, crab-stuffed potatoes or buttermilk ice cream. Dishes might seem simple at first glance, but the strong flavours keep residents coming back for more – and play perfectly with an expertly rendered list of natural wines.

Taste what the doctor ordered at La Pharmacie

La Pharmacie has managed to take a concept that could reek of kitsch – it’s housed in an old Parisian pharmacy – and made it sing. The original pharmacy’s wooden shelving displays drinks bottles and wine glasses alongside vintage medicine bottles, while the counter now serves as a bar. In these unusual surroundings, the menu features simple yet contemporary plays on French classics, such as steak-frites or Basque-style squid.

La Taverne de ZHAO is a cheerful spot that boasts an unmissable bright-red exterior just steps from the Canal Saint-Martin. It’s known for its northern Chinese cooking, with specialities hailing from Xi’an, the ancient capital of the country. The star of the reasonably priced menu is undoubtedly the selection of momo flatbreads, stuffed with everything from lacquered duck to shredded pork or five-spice tofu.

The meatier, the better at The Beast 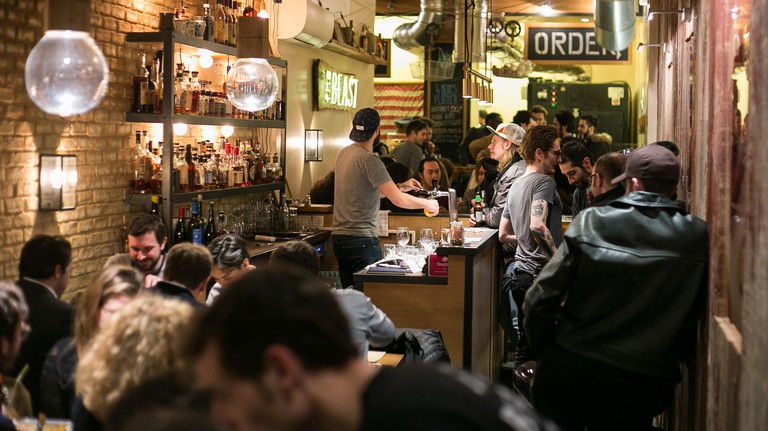 The Beast is Paris’s first authentic smokehouse | Courtesy of The Beast
For an American barbecue feast in Paris, look no further than The Beast. Owned and run by Frenchman Thomas Abramowicz, who spent a year training in Texas before opening this République haunt, it’s Paris’s first authentic smokehouse and remains the king. Aside from the beef-heavy menu featuring the classics of Texas barbecue – brisket and beef ribs – The Beast also has a killer list of whiskeys.
Open In Google Maps
27 Rue Meslay, Paris, Île-de-France, 75003, France
Visit Website
Give us feedback

This is an updated version of an article originally created by Jade Cuttle.