Joining your local rugby club might at first seem like purchasing an express ticket to a black eye and broken leg, but much more than that, it’s a brilliant way to keep fit, make friends, and even improve your French in the process. Below are ten of the amateur associations in Paris – for men and women – that offer weeknight training and the chance to play in Saturday league matches across the Île-de-France region and beyond. 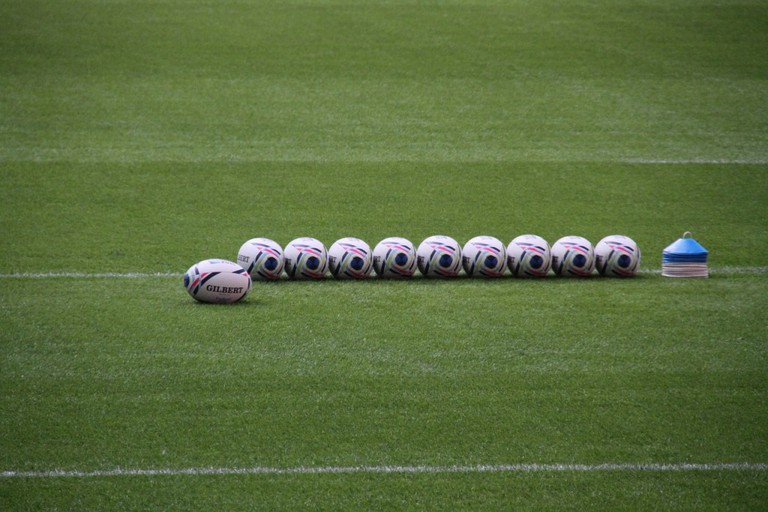 Rugby balls | © MonicaVolpin
CSMF Rugby was founded in 1949 and has been teaching aspiring rugby players the techniques and values of the game for well over half a century. Kids as young as five attend the club’s rugby school, but beginners of all ages are welcome to join. However, the club advises older people thinking of taking up the sport for the first time to expect a long road of intensive training to get themselves up to speed. The CSMF teams compete in the Championnat Territoiaux Ile de France.
Open In Google Maps
81 Boulevard Masséna, Paris, Île-de-France, 75013, France
+33142166600
Give us feedback

The Paris Université Club is a huge sporting association, covering 49 disciplines and counting membership in the region of 8,200. PUC Rugby is one of the largest amateur clubs in the capital, with more than 600 registered members and 19 teams competing in regional and national competitions in its jersey. All of the training staff are certified and are considered to be among the best in France. The home base is the Stade Charléty in the 13th arrondissement, but there are 45 other training sites in their network. 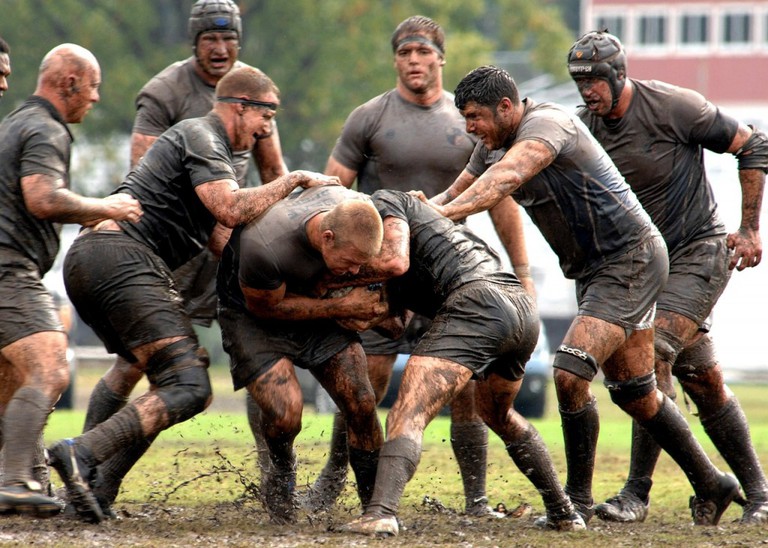 Muddy rugby match | © skeeze
The Rugby Club Paris 15, which is based in the 15th arrondissement, is one of the most notable amateur clubs in the city in terms of both the number and quality of its players. Founded in 1971, it has grown steadily with the increased interest the sport has been enjoying in recent years. There are teams for men and women of differing levels as well as those for boys and girls.
Open In Google Maps
55 Rue Emeriau, Paris, Île-de-France, 75015, France
+33982407719
Give us feedback 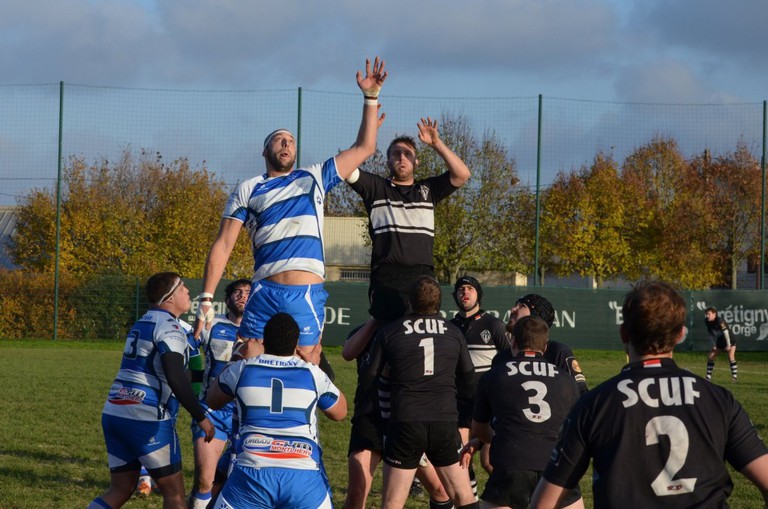 SCUF and Rugby Club Sportif de Brétigny going in for a lineout | © Rugby Club Sportif de Brétigny
Founded in 1895 by Charles Brennus, the mission of the Sporting Club Universitaire de France (SCUF) is ‘to develop the practice of rugby, from school-age players to seniors, to the best level of competition possible’. The club welcomes beginners of all ages and assures newcomers that progression is merely a function of motivation and investment in the training provided. In cooperation with PORC (see below), SCUF formed a women’s team in 2013 who train with two professionals twice a week on Tuesdays and Fridays.
Open In Google Maps
28 Rue André Bréchet, Paris, Île-de-France, 75017, France
+33142285038
Visit Website
Give us feedback 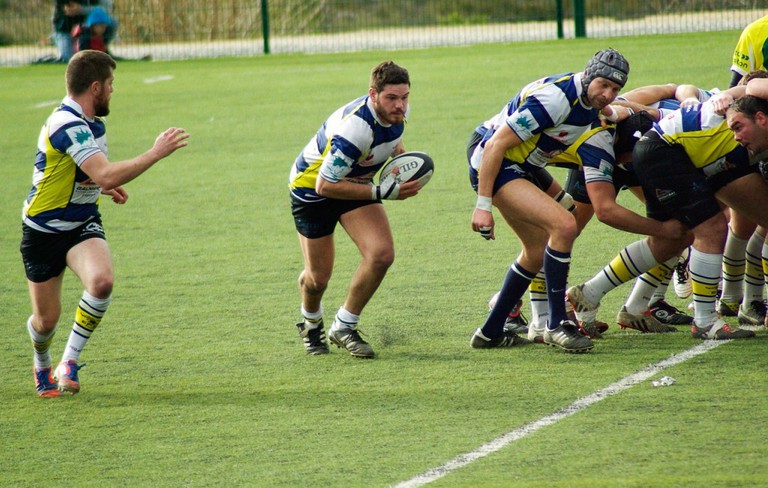 Rugby ball coming out of the scrum | © jackmac34
USO Massif Central was created in 1922 by students from the seven central French departments (Cantal, Aveyron, Puy de Dome, Corréze, Lozére, Haute-Vienne, and Haute-Loire) who found themselves living in Paris. Like most of the clubs on this list, it has teams for five-year-olds right the way up to seniors. Today, USOMC has more than 500 registered members and is based at the Stade Georges Carpentier in the 13th arrondissement.
Open In Google Maps
81 Boulevard Masséna, Paris, Île-de-France, 75013, France
Visit Website
Give us feedback 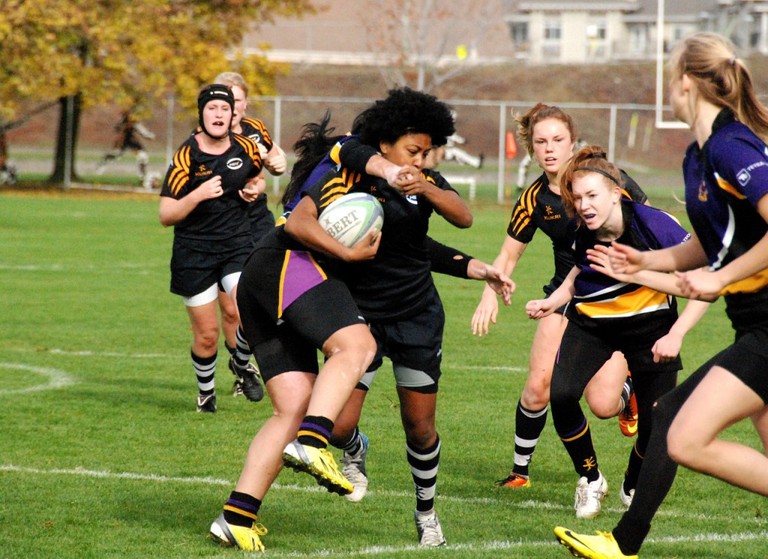 Women’s rugby | © edwardpye
The Paris Ladies Sevens is the first – and best – club in France for women’s seven-a-side rugby, a faster, (slightly) less physical version of the game. The club offers high-quality training for serious competitors in the sport as well as for those who are wanting to discover it for the first time. Membership is open to players from across Île-de-France (and beyond) and training takes place every Monday night at the Stade de la Motte in Bobigny.
Open In Google Maps
Rue Romain Rolland, Bobigny, Île-de-France, 93000, France
+33171294490
Visit Website
Give us feedback

Paris Olympique Rugby Club (PORC), who play in shocking pink strips that give even the most exuberant Stade Français jerseys a run for their money, have an A, B, and C team for senior men. As mentioned above, they have also formed a team for women with SCUF, who go by the name Les Gorettes. They play 15-a-side and compete in the Championnat Fédéral, mostly against teams from the north of France. 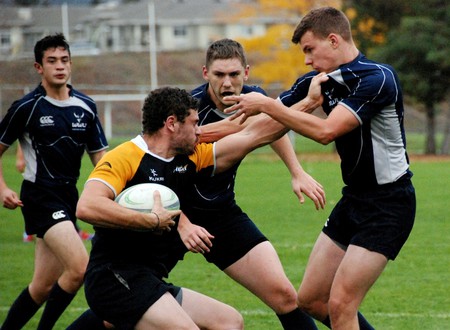 The XV de la Crampe amateur rugby team plays in the Challenge National de Rugby, a championship organized by the Fédération Française du Sport d’Entreprise (FFSE). Created in July 2013 by a bunch of old friends who went to business school together, they welcome, according to their website, ‘all those who love rugby, poetry, caramel, and hops’ (of the beer variety, presumably). The team started their fourth season in September 2016 but it isn’t too late to join them! 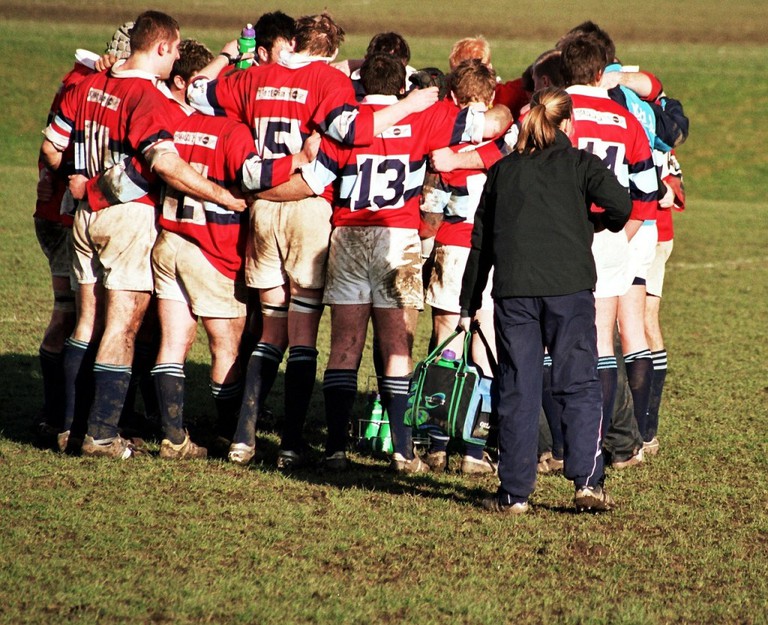 Team huddle | © lavanderiadesign
The Clignancourt Rugby Club, based in the 18th arrondissement, pitches itself as the side to join if you aren’t overly serious about the game but want to do a decent bit of training all the same. It’s the kind of team that is as much about the friendships made (and the beers consumed) as it is about the winning of trophies. Training is held two times per week and matches are played on Saturdays as part of the Challenge FFSE. They also have a pétanque team if you’d rather take up a sport that’s less likely to induce injury.
Open In Google Maps
10 Rue de Panama, Paris, Île-de-France, 75018, France
+33683756722
Give us feedback

Park
Facebook
Email
Twitter
Pinterest
Copy link
Share
Map View
The British Rugby Football Club of Paris was formed in 1923 by a group of English expats and, besides a brief interlude during the Second World War, they have been playing ever since. The club recently moved up to the Top 14 of the FFSE league and has been performing extremely competitively of late. During international match weekends, the BRFC regularly hosts visiting teams from places like Cardiff, Amsterdam, Madrid, Rome, and Bayonne. The team trains on Thursday evenings and holds its Saturday home games at the Stade des Fauvettes in Domont, a town a 25-minute train ride from Gare du Nord.
Open In Google Maps
Paris, France
Give us feedback
Give us feedback