Rococo: The Height Of French Flamboyancy 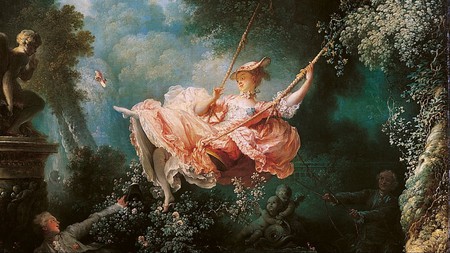 The death of Louis XIV in 1715 signaled a time for a fresh start in the minds of Paris’ taste-making aristocracy. The king had, after all, ruled for 72 years and 110 days, longer still than any modern European monarch. Out went the grand, regimented Baroque style he had favored and in came an artistic movement that optimistically embraced the lighter side of life: Rococo.

The style’s name derives either from the French rocaille (rock) and coquille (shell), two of its common motifs, or possibly from the Italian word barocco (misshapen pearl). In any event, as the nobility left Versailles and returned to their city mansions, they began mammoth home makeovers en masse. Delicate colors replaced rich ones, stucco adornments, boiserie, and mirrored glass took the place of precious metals, and designs incorporating intricate irregularities and graceful curves supplanted rigid symmetry. The Hôtel de Soubise in Paris, redecorated by Germain Boffrand in the 1730s, remains one of the finest examples of Rococo interior design in France. 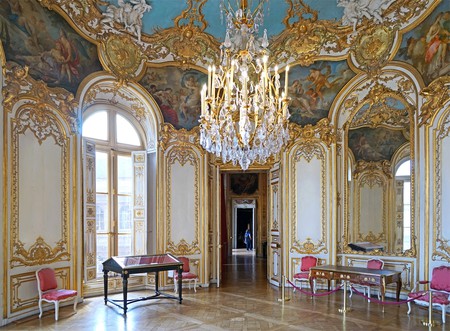 Soft colors, especially pinks and blues, were defining features of the day’s newly painted and hung artworks, which depicted nature, daily life, courtly love, and youthful frivolity. Artists favored dynamic compositions and atmospheric effects, such as extreme highlighting. Antoine Watteau is considered the father of Rococo painters. Born close to the Flemish border, he was influenced by Dutch genre scenes and developed his own category known as fêtes galantes, in which elegant figures gathered outside at courtship parties, chatting merrily and listening to music. 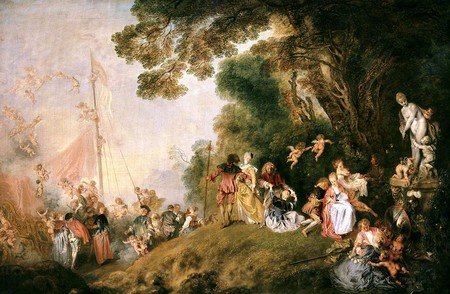 François Boucher is credited with maturing Rococo painting and ensuring its advancement across Europe. An adept businessman, he also designed numerous decorative objects, including porcelain and tapestries. From 1731, Boucher was the preferred artist of the nobility and bourgeois collectors. By 1965, he had attained the two highest positions a French artist could hold: first painter to the king and director of the Royal Academy. His pastoral scenes, filled with silken-clad, amorous sheep herders, which drew from the comic operas of his friend Charles Simon Favart, are among his most notable artistic innovations. 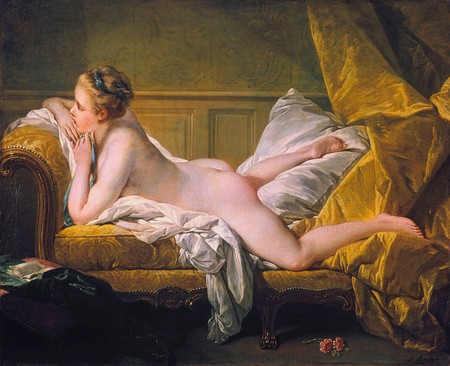 Jean-Honoré Fragonard continued where Watteau and Boucher left off, though true appreciation of his work came after his death. His paintings, which favored playful, elegant eroticism and domestic pleasures, were intended as light entertainment and carried no deeper message. Initially, he sought only to please. Unable to adapt his work to changing tastes as the century wore on, he fell out of favor and died in virtual obscurity in 1806. 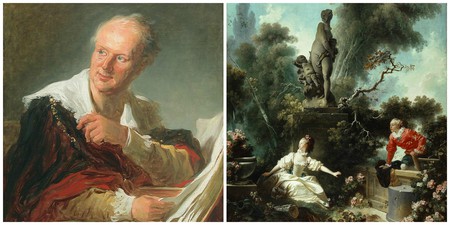 The earlier works of Élisabeth Louise Vigée LeBrun, such as her royal portraits from the mid-1780s, represents some of the final paintings in the Rococo style, which peaked in popularity between 1730 and 1770, and was all but done by 1785. As you can see, the colors and natural settings remain but the tone has grown more somber. 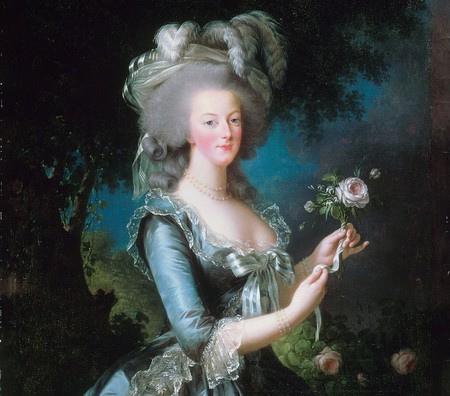 More and more, people had come to agree with Enlightenment thinkers like Denis Diderot who called for a ‘nobler art’ or Voltaire who encouraged an abandonment of frivolity. Even of Boucher at his height, Diderot could only muster mixed appreciation: ‘Cet homme a tout—excepté la vérité’ (‘This man is capable of everything—except the truth’).

In Rococo’s place came Neoclassicism, which drew on the culture of Ancient Greece and Rome for inspiration. Flamboyance had had its day and it was time for a little more substance.