Arthur Rimbaud will be forever remembered as one of the greatest French poets — an “infant Shakespeare” said Victor Hugo. His short poetry career, spanning no more than four years, gave birth to exquisite poems such as The Drunken Boat (1871). Federico Rosa tells us about this rebel mind and some of his finest works. 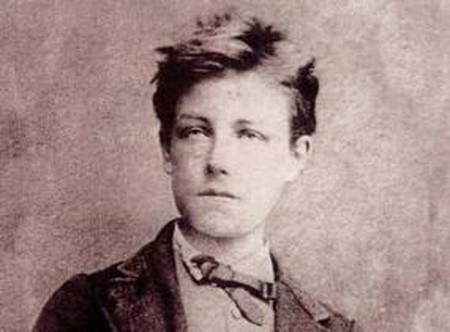 The French Poet Paul Valéry once wrote: “Before Rimbaud all literature was written in the language of common sense.” Indeed, it is hard to imagine any other literary figure that encapsulates rebellious youth with such ferocity as Arthur Rimbaud. By the end of his incredibly short career as a poet — a mythical renunciation that eludes his followers to this day — at the astounding age of 20, he had radically changed the perceptions of how we read, write, and interpret poetry: not only because he was one of the most experimental poets of his age, but also by living a life of sheer audacity, recklessness, and instability. His legacy has influenced artists that include Jim Morrison, Patti Smith, Bob Dylan, Allen Ginsberg, Vladimir Nabokov, as well as artistic movements such as the Surrealists and Dadaists.

Born in 1854 into a strict Catholic family with an absent father in Charleville, Ardennes, a small village in the north of France, Arthur Rimbaud was known by peers and teachers as a precocious and talented child. Indeed, vocation would soon take hold of the young poet. In one of the most self-reflective moments in his life, Rimbaud wrote to his teacher Georges Izambard and his friend Paul Demeny a series of letters now referred to as the ’Lettres du Voyant‘ (or ‘Letters of The Seer’). In these letters, the young Rimbaud describes his duty to become a poet as something that had been revealed to him, something that he had to obey, that was not ’his fault’. He further stated that the only way to achieve this goal was through systematic derangement of all his senses, in order to reach what he referred to as the ’unknown‘: an irrational place where human impulses and pure creativity reside. These theories led him to travel on several occasions to Paris (on one such occasion he was returned home to his mother by the police), to grow his hair long, to experiment with various mind-altering substances, and write crude, scatological poems. It was in these letters that he famously stated a Freudian conviction that pre-dates the discovery of the unconscious: ’I is an other.’

By interpreting the role of the poet as a seer, a mystic, and furthermore as a prophet who would herald a new age for mankind, Rimbaud was not merely being an arrogant, pretentious teenager. He almost lost his mind in the process of writing some of the most revolutionary verses of his time, some of which are considered to mark the beginning of modern poetry. Rimbaud spent much of his short career (roughly from 1870-74) in libraries, dissecting literature and poetry.

After deciding to leave for Paris upon an invitation from the symbolist poet Paul Verlaine, both men quickly engaged in a tumultuous love affair that caused a huge scandal in the Parisian society of the time. Not only was homosexuality still a crime, but Verlaine was also married, and his wife was pregnant when he decided to leave her for the young, alluring Rimbaud. But as the saying goes, ‘that which comes from chaos begets chaos’, and their torrid relationship disintegrated from bohemian adventure to desolate poverty. On one such episode, Verlaine shot and injured Rimbaud in a fit of jealousy inside a hotel in Brussels. Verlaine was subsequently arrested and sent to prison for two years. 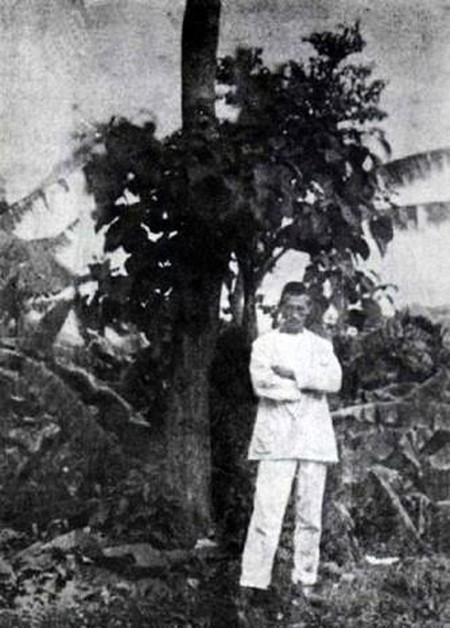 Rimbaud’s most famous work, A Season in Hell, was written shortly after his separation from Verlaine, and his contempt for bourgeois morality and values was expressed therein with hatred and vitriol:

“One evening, I sat beauty on my lap and I found her bitter-And insulted her. I armed myself against justice, I fled, O sorceresses! O misery, O hate, It was to you that my treasure was confided!”

Rimbaud’s life was full of contradictions. Even though his most famous love affair was with a married man to whom he gave his last book of verses, and which he, Verlaine, in turn published under the title Illuminations, it is known that Rimbaud later became involved mainly in heterosexual relationships. Although Rimbaud believed in a poetic utopia, he made his fortune as an arms and goods dealer in places such as Abyssina and other remote regions of Africa. Similarly, for all his claims to vileness he asserted continuously that redemption was achieved only through love and compassion. After writing A Season in Hell — a true cathartic moment in literature – he went on to write a much more mature and hopeful collection with Illuminations at age 20, from where the following verse is taken:

“No sooner had the notion of the Flood regained its composure, than a hare paused among the gorse and trembling bellflowers and said its prayer to the rainbow through the spider’s web.”

This was the beginning of the last piece of poetry Rimbaud was known to have written. Perhaps it was youth, or perhaps he had nothing more to say. Whatever the reason why he stopped writing, Rimbaud’s legacy and myth remains as appealing as ever, inspiring numerous biographies, films, and references.