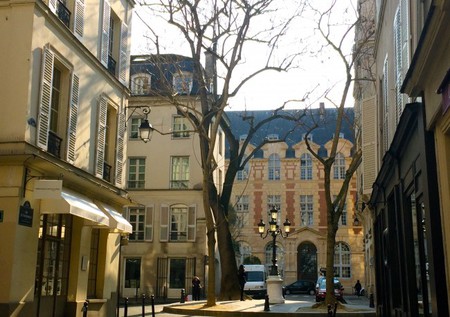 Labeled as being one of the most picturesque squares in Paris, Place de Furstenberg can be found in the heart of the affluent 6th arrondissement, tucked in among the web of streets found between Boulevard Saint-Germain and the left bank of the Seine. The “place” is in reality a road, but the way that the surrounding buildings are placed around the central island, form a kind of courtyard, hence its title. The Haussmannian architecture that defines Paris is particularly noticeable both here and in the surrounding roads, adding to the romantic and unequivocally Parisian charm.

Place de Furstenberg sits in what used to be the first Saint-Germain-des-Prés Abbey, built in the 6th century by Childebert I. The history of the Saint-Germain-des-Prés Abbey is a complex one. After its initial construction, the Abbey owned most of the land that we know as the Saint Germain area, up until the very late 17th century. The monasterial complex spanned the entire area, but the buildings were forever being destroyed and re-built. It was only after the Revolution that the Abbey was changed into a gunpowder warehouse, after which most of the monastic buildings were destroyed, with very few remains today. 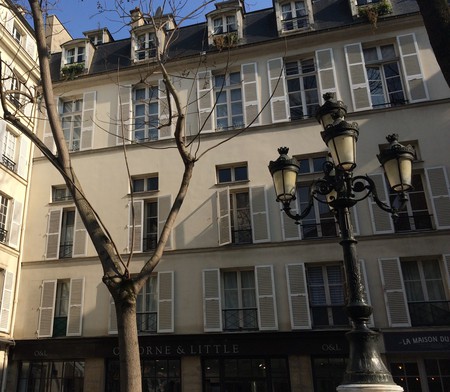 What is important regarding this particular square however, is that it was the foreground to the entrance of the Abbatial Palace, which was constructed in 1586 by Cardinal Charles I de Bourbon. It is named after the Cardinal Guillaume-Egon de Furstenberg, who initiated its renovation and extension. Said extension, which began in 1691, would have housed the coach houses to keep guests’ horses and carriages at the time, as well as the servants’ quarters on the higher levels. A far cry from the luxury and highly sought after apartments that occupy the buildings today. The Abbatial Palace and its beautiful pink facade can be admired in all its restored glory on Rue de l’Abbaye, which runs perpendicularly to Rue de Furstenberg. 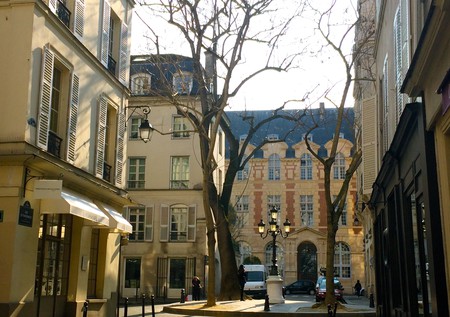 The circular island in the middle of the square is framed by four Paulownia trees, surrounding a central and rather gothic lamp post, which have become a focal points for many artists both in and out of bloom. And for good reason. The simplicity of the design has an idyllic effect, particularly in the evening. It is perhaps for this reason that it continues to be a popular stop off point for amorous strolls around the area. Or indeed, strolls with friends, or on your own — let’s not restrict this experience to couples. The square and the surrounding roads are some of the most pleasant in the whole city to wander about.

The tiny, sheltered streets are dotted with independent art galleries, custom made shoe stores, boutiques, and luxury furnishings stores which make not only for excellent wandering, but also for some of the best people watching around. A fantastic insight into this opulent, arty side of the city. Perch yourself on the terrace of one of the famous cafés in the area, such as Les Deux Magots, and Café de Flore and you can join what Emile Zola famously described as “the great silent crowds watching the street live”, ogling immaculately turned out Parisians go about their day. 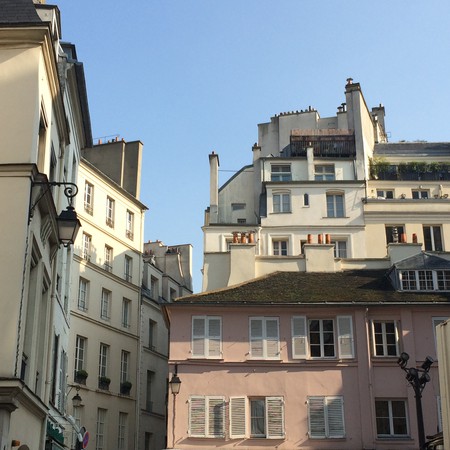 This area has always been a hotspot for intellectuals and artists. Place de Furstenberg is most famous for having been home to Eugène Delacroix, from December 28, 1857 until his death August 13, 1863. He is said to have moved there to be nearer to the Eglise Saint-Sulpice, which he had been commissioned to decorate. The art museum, Musée National Eugène Delacroix, that takes the place of the artist’s home, pays tribute to him and his enduring legacy. It is unique in this respect, as there are not many places where you are able to see art in the very surroundings in which they were created. Being able to peruse the apartment, studio and beautifully maintained garden that Delacroix lived and worked from, makes the whole experience that bit more exceptional. With the inclusion of original furnishings and artifacts that belonged to the artist, you feel yourself some involvement in the creative process. 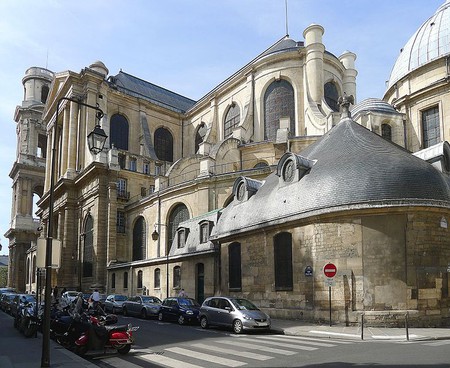 For a true sense of the glamorous, stylish Paris that is talked about across the globe and depicted in literature and art, there is no doubt that Place de Furstenberg is the place to come.