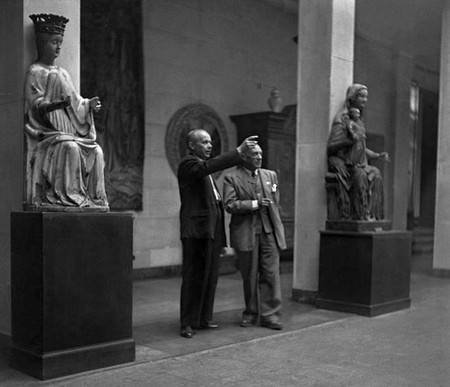 Pablo Picasso is known across the world as one of the greatest artists of the 20th century. He, along with other masters such as Henri Matisse and Marcel Duchamp, was one of the most influential artists in the mediums of painting, sculpting, printmaking and ceramics of his time. In 2015 through early 2016, the Grand Palais in Paris held an exhibition paying tribute to the artist called Picasso.Mania.

Pablo Picasso was born in 1881 in Malaga, Spain. He enrolled in an art school where his father was a professor. Soon, his talents surpassed the seniors and even the teachers. At age 15, Picasso and his family seized the opportunity to move to Barcelona. Here, Picasso attended the Royal Academy of Art. He never graduated; rather he moved to France to pursue his art there. In these early years, Picasso lived in extreme poverty in Paris. It is during this time of depression that he enters what would later be called his Blue Period. During this time, Picasso became the favorite of Gertrude Stein, the famous American writer and art collector in Paris at the time. Stein became Picasso’s principal patron, with his paintings, sculptures, and drawings displayed proudly in her Parisian studio. 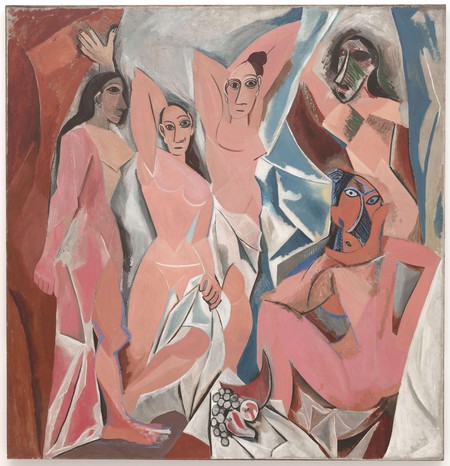 As Picasso’s success grew and his past emotional and financial troubles faded away, he entered what would be known as his Rose Period. The Blue Period and the Rose period are just precursors to the many eras of Picasso’s incredible life and subsequent portfolio. Masterpieces such as Les Demoiselles d’Avignon, Guernica, and The Old Guitarist are just a fraction of the thousands of pieces Picasso produced over his lifelong career.

It is also very apparent that Picasso had, and continues to have, a huge hold on the art world, with hundreds of artists drawing inspiration from the master. Much of the exhibition displays pieces of work that were clearly inspired by Picasso. Famous artists such as David Hockney, Jasper Johns, and Martin Kippenberger are all featured in the exhibition, and it is easy to see that Picasso influenced their works in some way. Displayed amongst pieces by Picasso himself, the exhibition is exploding with creativity. 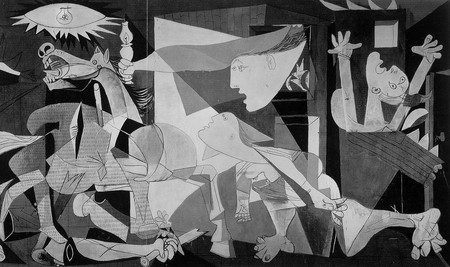 Somewhat unexpectedly, Picasso is also a very important figure in politics. His piece Guernica is one of his most controversial, influential, and well-known paintings in the world. It was created to depict the bombing of Guernica during the Spanish Civil War. This incident is considered to be one of the first bombings on a defenseless civilian population by a modern air force. According to the exhibition, at the time, the mural was seen as a statement against fascism, totalitarianism, and armed conflict. It was also widely used as a protest in America against the Vietnam War. The work is considered as the most powerful anti-war statement of modern art. This is just one of many things in this exhibition that proves that Picasso seems to have a hold over the entire world. 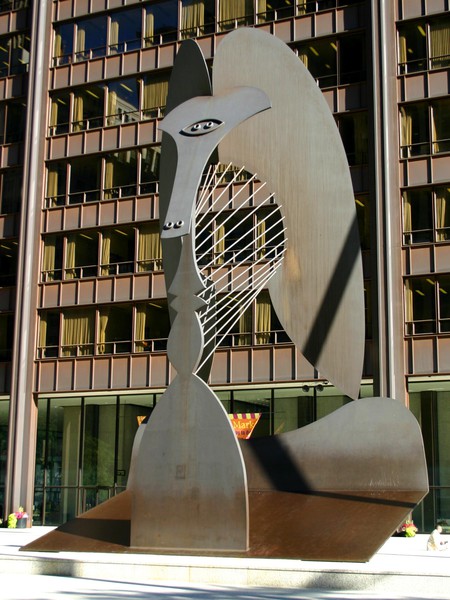 The exhibition continued and ended with Picasso’s later works. Although they seemed to have a lukewarm reaction from some of the art world, according to the exhibition, his late paintings went on to become models for a new generation of painters ten years later.

According to a biography on the artist, “There had been no there artists prior to Picasso, who had such an impact on the art world, or had a mass following of fans and critics alike, as he did.” This exhibition proved this statement, with hundreds of examples of Picasso’s inspiration and hold over the 20th century world.