The Parisians Who're Fighting Climate Change in Their City 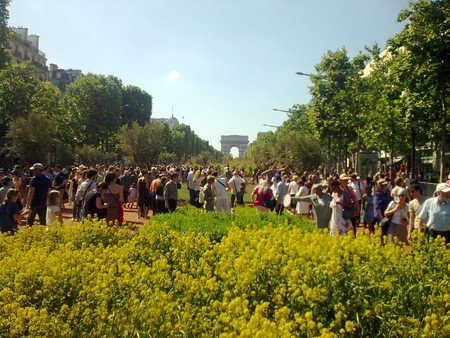 From France’s most powerful politicians to solo residents and neighborhood associations, Parisians are fighting climate change in a thousand innovative ways. On our short list of local eco-warriors, you’ll find an apartment building that has taken composting to a whole new level and a music festival that has made partying completely guilt-free.

Anne Hidalgo, the Mayor of Paris, is at the forefront of the global fight against climate change. As well as launching a string of bold environmental policies at home – including banning diesel cars by 2025, trialing driverless electric shuttle buses and flying water taxis, doubling the length of bike lanes to 870 miles by 2020, and transforming highways into parks – she is currently the chairperson of the C40 Cities Climate Leadership Group, which connects 90 international cities and represents over 650 million people and one quarter of the global economy. She has also launched Women4Climate, which explores how women are disproportionately affected by global warming and empowers them to confront it. 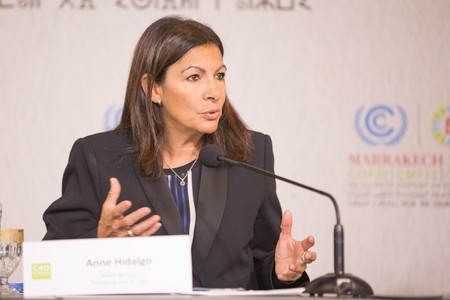 Nicolas Hulot has been the French poster boy for the environmental movement for decades. Made famous by his Ushuaia nature program, the 62-year-old was three times offered the post of Minister for Ecology – by Jacques Chirac, Nicolas Sarkozy, and François Hollande – before he finally accepted Emmanuel Macron’s proposal earlier this year. Taking office, Hulot stated that the administration was ‘leading a battle of minds’ and that ‘the environment is the cornerstone of human dignity.’ He has since spoken out against Trump, describing him as ‘brutal’ when announcing the French government’s plans to ban petrol cars by 2040. 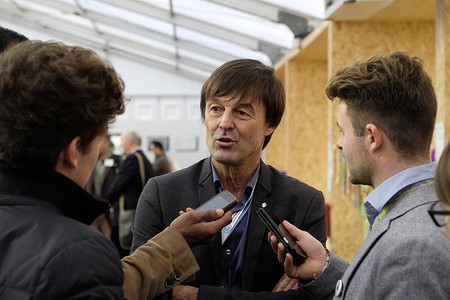 Founded in December 2014 by Jean-Luc Fessard, a journalist at Hotellerie Restauration, with the support of leading chef François Pasteau, Bon Pour le Climat encourages restaurateurs, hoteliers, and chefs to come up with new ways of embracing sustainability in the kitchen and making climate-friendly meals desirable. One cool innovation is an eco-calculator that allows establishments to work out the carbon weight of their dishes, the knowledge of which is usually enough to encourage them to rethink their recipes. From field to plate, our food accounts for 30% of greenhouse gas emissions and so the initiative involves action at every stage.

A testament to what neighbourly cooperation can achieve, the Jardin Santerre, a collective composting garden, was set up by one enthusiastic tenant of 107 rue de Reuilly in 2007. Today, the 80 households of the building transform the equivalent of 8 tons of organic waste each year into high-quality compost. This is then used to nourish the plants on their balconies and those that reside in the 45-plot shared garden that they have created together. This little urban haven is also home to four beehives, a chicken coop, a mini orchard, and numerous other human-made spaces for wild animals.

Carton Plein 75 is a moving company with a difference. For over four years, it has been helping improve the environmental and social health of Paris in four remarkably simple but efficient steps. First of all, it has created an online store where Parisians can sell their perfectly good cardboard boxes which are all too often thrown out and left in the street to disintegrate in the rain. It also offers a collection service for these boxes and a bicycle-only moving service. Lastly, and perhaps most importantly, it engages people who have been out of work and in precarious situations.

The aim of Parisculteurs is to create 100 hectares of green space in the capital by 2020, a third of which should be dedicated to urban agriculture. The sky is literally the limit: walls, façades, and roofs are all seen to be ripe for development. After each round of applications, the most ambitious proposals – like the idea of planting up the 7,000m2 rooftop of the Chapelle International building in the 18th arrondissement – are supported through to fruition. Smaller scale projects can also get a helping hand now that urban gardeners have been given the green light. 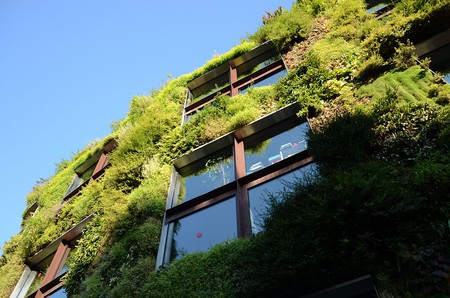 The Paris Climate Agency is responsible for helping residents and businesses to meet the 2020 energy transition targets set out in the city’s Climate Energy Plan: namely, to reduce greenhouse gas emissions and energy consumption by 25% and increase renewable energy production to 25%, so as to reach the 2050 goal of a 75% emission reduction. It provides assistance with energy and climate policies and helps people choose the most financially rewarding options for them. Its interactive map also allows Parisians to see what everyone else is doing to fight climate change and get ideas for their own properties.

The Urban Lab of Paris&Co

Paris&Co is the economic development and innovation agency of the French capital and Urban Lab is its experimentation laboratory, tasked with helping companies to try out their innovations before they reach the market. The operation has a dedicated eco-arm set up to support projects that want to make our buildings and built environment more resistant to climate change. Matrioshka by the Association Quatorze is a good example of this kind of initiative. This positive-energy street furniture creates new social spaces where Parisians on the go can recharge their mobile electronic devices.

La REcylerie, a responsible restaurant, urban farm, and atelier in the 18th arrondissement, opened in June 2014 in a converted station of the abandoned Petite Ceinture railway line that encircles Paris. In its first year, it held 418 events, 172 workshops, and 140 conferences – and, while we’re at it, its 20 hens laid an impressive 4,250 eggs – the scale and diversity of its projects have continued to flourish ever since. As well as tucking into an extremely locally produced omelette, it’s always great to wander around and learn something new about how we can limit our impact on the planet.

The Journées sans Voitures are the most visible ways in which city officials are cracking down on air pollution – which claims 48,000 additional lives every year in France. The capital’s third car-free day will be held on October 1, 2017, and for the first time all of central Paris will be included in the scheme. ‘The idea is to show that you can live in the city without having a car,’ the Deputy Mayor in charge of transport, Christophe Najdovski, told Le Parisien. ‘It… will allow everyone to rediscover a quieter and less polluted city.’ 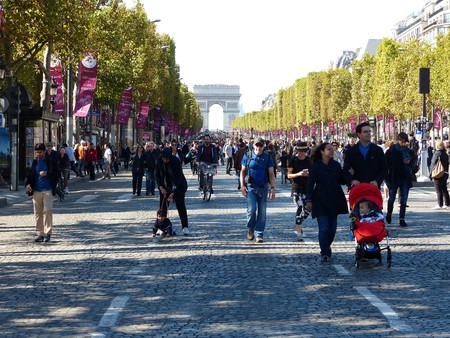 Most music festivals make some attempts at displaying their eco-sensibilities – a recyclable cup here, a haphazardly placed wind turbine there – but We Love Green is built on its commitment to responsible living, working, and partying. For starters, the festival is run entirely on renewable energy – a mixture of solar power and recycled oil – and all the waste is sorted, revalued, and composted. Other bright innovations include dry toilets, organic and local catering, recycled scenography, the ‘Think Tank’ presentation and idea exchange lab, and workshops which finance young designers to make planet-friendly installation pieces.