After more than a decade of stalled applications by the French Ministry of Culture, the Fondation Le Corbusier and their international partners, a ‘transnational serial property’ of the Franco-Swiss architect’s work – comprising 17 buildings in seven countries from Le Corbusier’s 50-year career – was added to UNESCO’s World Heritage List in July 2016. These sites, described as ‘masterpieces of creative genius’ by the ruling committee, were chosen for their contribution to the Modernist Movement’s attempt to respond to the needs of a changing society with innovative architectural techniques and will now be protected under international law. Find out everything you need to know about the three buildings which lie within easy reach of central Paris.

Who Was Le Corbusier?

Born Charles-Édouard Jeanneret in La Chaux-de-Fonds, Switzerland, in 1887, the man who once famously described a house as ‘a machine for living in’ was a firm believer in reinvention. It was for this reason that in 1920 the designer adopted the pseudonym Le Corbusier, an alteration of his maternal grandfather’s name, Lecorbesier. Within his lifetime, he achieved a reputation as one of the greatest architects of the 20th century, both as a result of the buildings he constructed and the Modernist theories he wrote on extensively. He continually sought out new ways of living for different types of people, a prime reason for the global reach of his achievements. He became a French citizen in 1930 and died whilst swimming near his home in Roquebrune-Cap-Martin in 1965.

This pair of semi-detached houses was Le Corbusier’s third commission in Paris and he worked on the project, as he often did, with his cousin Pierre Jeanneret. They were built for Raoul LaRoche, a Swiss banker and avant-garde art collector, and the architect’s brother, Albert Jeanneret, and are perhaps the first example of Purism in architectural form. The buildings now house the Fondation Le Corbusier and a museum which contains some 8,000 original drawings, hundreds of pieces of artwork and an archive of writings and photographs.

In 1933, at the 4th International Congress for Modern Architecture in Athens, Le Corbusier declared that the elements of urbanism, in order of importance, were the sky, the trees, steel, and concrete. If the inhabitants of a city were to discover ‘the essential joys’ then these four features would need to be present in their correct sequence. This apartment building in the 16th arrondissement of Paris brings to life this theory. Views from the Parc des Princes sports ground and the Bois de Boulogne enter from either side of the building through full-height, gridded windows and lighting up the smooth concrete floors. In his later years, the architect used the upper floors of the block as his studio. 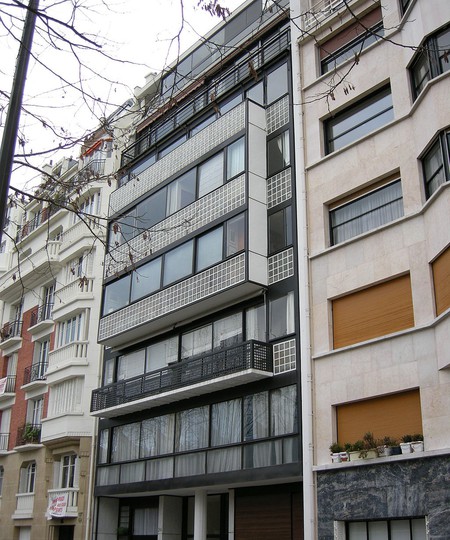 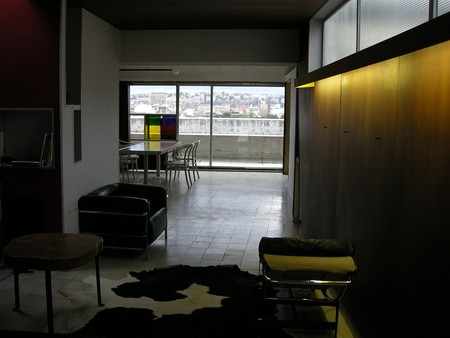 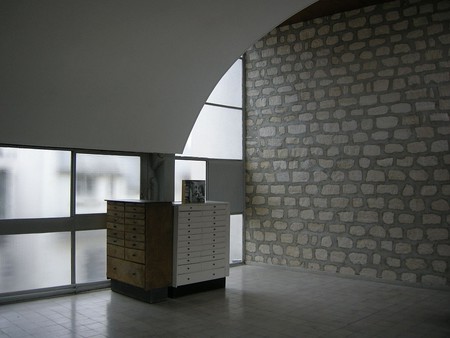 Meant as a modern take on the French country house, the Villa Savoye in the Parisian suburb of Poissy was a home built for efficiency and the essentials alone. It is perhaps Le Corbusier’s most famous work of the 1930s and exemplifies his ‘Five Points’ of Modernist architecture: a building elevated from the ground, a functional roof, an open floor plan, long, horizontal windows and a freely designed façade.

The list includes a further seven buildings in France, notably La Chapelle Notre-Dame-du-Haut in Ronchamp and the Brutalist masterpiece Unité d’Habitation in Marseille, as well as the Complexe du Capitole in Chandigarh, India, and the National Museum of Western Art in Tokyo. A gallery containing photographs of all 17 of the architectural works can be viewed on UNESCO’s website.