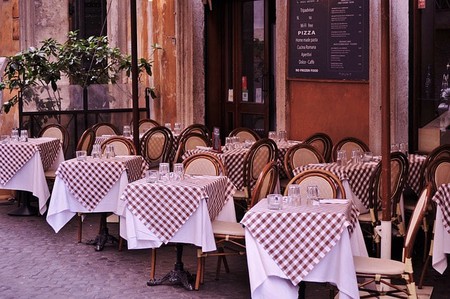 Paris just wouldn’t be the same without the traditional quaint bistros that line its boulevards – they have been cherished by poets and philosophers for centuries. Increasingly under threat with declining numbers, Paris’ bistros are now seeking UNESCO World Heritage status as ‘intangible, intellectual and artistic melting pots’.

Traditional Parisian bistros are under threat

The city of Paris is world-famous for the quaint bistro cafes that line its wide boulevards. Tucking into a bœuf bourguignon or another traditional French dish in a bistro is what Paris is all about. But unfortunately, this ancient tradition is now under threat.

There are now less than 2,000 bistros among the capital’s 14,000 restaurants, which makes up about 14 percent of the gastronomic landscape. When these figures are compared with those from 20 years ago, when around 30 percent of all food venues in Paris were bistros, it becomes clear that bistros are on the decline.

This is due in part to increasing rent prices and powerful food and drink chains claiming up whatever space is left. ‘For the past ten years, the bistros and terraces of Paris have been losing ground to sandwich sellers, fast food joints and exotic restaurants, and they take with them an art de vivre, a sense of sharing and an ethnic, religious and social mix,’ said Mr. Fontaine, as reported in The Telegraph.

Bistros have become symbols of defiance

The locals are fighting to preserve this tradition as a source of national pride, defending the charm of smaller cafes over multi-national chains. What would Paris be if there were only fast food joints like Subway, McDonald’s and KFC for tourists to choose from?

There are food chains constantly popping up across Paris, but bistros are the most authentic venues to enjoy traditional French food. They are the lifeblood of the City of Light.

But there’s another reason why people are defiantly fighting to preserve their legacy, one that stems from recent tragedy. The 2015 terror attacks on the French capital targeted these venues because of their open-minded spirit. Instead of showing fear and boycotting bistros, the locals continue to enjoy the easy-going ambiance of these places as a symbol of defiance.

‘(After the attacks) Parisians crowded onto the terraces…to show that they regarded them as places of cultural cross-fertilisation, of freedom and of the art of living,’ said a group of bistro owners to The Telegraph. They have launched a campaign because bistro culture is vital for ‘bringing people and cultures together’.

Parisian bistros are unique and distinguished from other food venues by their level of formality. They are less formal than restaurants, but offer more hearty, filling meals than cafes. There’s also usually a cosy and convivial ambiance, bustling with customers all day long. In terms of design, Parisian bistros rock a classic look of wood and wicker chairs, sometimes with a retro zinc counter and ornate mirrors adorning the walls.

Many people think that the prestigious UNESCO status is awarded only to unique monuments, buildings or geographic places. But this isn’t always the case, as the latest campaign by Paris’ bistro owners demonstrates. They have started a campaign for the ‘intellectual and artistic melting pots’ of bistros to become a UNESCO World Heritage piece of ‘intangible cultural heritage’.

The bid will be passed to the Ministry of Culture in September, which is responsible for submitting such applications to UNESCO. While the proposal has been enthusiastically backed, applying for UNESCO status is a lengthy process. The next stage of the application could take up to two years, but the wait would be worth it. If successful, it would represent a historic victory, being the first official recognition of the Parisian bistro’s importance.

Paris’ bistro owners are not the only ones campaigning

It might come as a surprise to learn that bistros are seeking UNESCO World Heritage status, given their ‘intangible’ nature, but they are not the only aspect of Parisian culture to put in a bid.

There’s also the 250 booksellers – or bouquinistes as they are known to the locals – seeking to become a UNESCO World Heritage piece of ‘intangible cultural heritage’. The antique bookstalls that line the river Seine are a tradition that stretches back centuries and contributes to the bohemian image of intellectualism of which Paris is so proud.

Like bistros, the booksellers see their tradition as under threat. The number of books for sale has been reducing, replaced with cheap souvenirs as they bring more profit.

The booksellers hope that gaining UNESCO World Heritage status will ensure the tradition continues, while also improving the facilities. This could include public toilets, better lighting on dark nights or even an aesthetic repainting.