The Île de la Cité is where it all began for Paris back in 52BC. Since the time of the original Parisians, the Gallic Parisii tribe, this patch of land in the middle of the Seine has been transformed by successive powers at work in the city, from the Romans to the Capetians Kings and, under Napoleon III, the 19th-century renovations of Baron Haussmann. It is home to the oldest hospital in the city, the Hôtel-Dieu, and its oldest bridge, the ironically named Pont Neuf (the New Bridge), as well as one of its most iconic monuments. Our guide will show you the best of this historic island — from the beauty of its architectural treasures to that of its serene parks and squares — and tell you where to go if you want to eat, grab a cup of tea, or relax with a glass of French wine.

What are the island’s main attractions?

You could spend the day here, wandering along winding streets or dangling your legs over riverside embankments, without going into, or even necessarily noticing, the three big attractions. But if you’re interested in history and understanding why this is the symbolic center of France (the point, indeed, from which all distances from the country are measured) then there’s a lot to see. Without a doubt, it is the Cathédrale Notre-Dame de Paris, an 853-year-old Gothic marvel, which draws most people to the Île de la Cité. Another medieval treasure, though somewhat lesser known, is the Sainte-Chapelle. Built at the behest of King Louis IX in the 13th century, this small chapel is adored for its intricate stained glass windows. Just next door to this is La Conciergerie. This prison-turned-museum was where Marie Antoinette, Robespierre, and 40,000 other victims of the Reign of Terror were processed before their execution on the Place de la Republique. 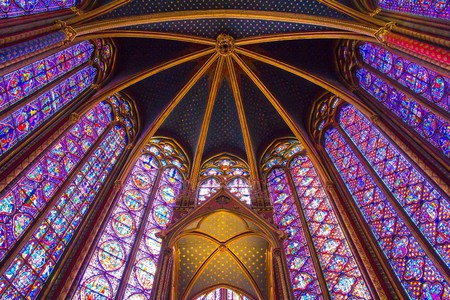 The best of the restaurants are conveniently grouped together at spots on either end of the island. To the west, dotted around the Place Dauphine and the surrounding streets, are the terribly chic Caveau du Palais, which juxtaposes a rustic decor of exposed brick and beam with exquisite French cuisine; Sequana, named after the mythical source of the Seine, whose duo of head chefs Eugénie and Philippe consistently serve up gastronomic wonders to the city’s most sophisticated diners; and La Rose de France, the terrace of which is the perfect place to soak up the unique ambience of one of the city’s three royal squares. At the opposite side of the island, hidden in the back streets near Notre-Dame, are the classic bistro, Au Bougnat, which has every scent and flavor you could hope for from the local cuisine; and Le Tambour d’Arcole, a down-to-earth brasserie that has everything on the menu you need for a quick bite on the go. 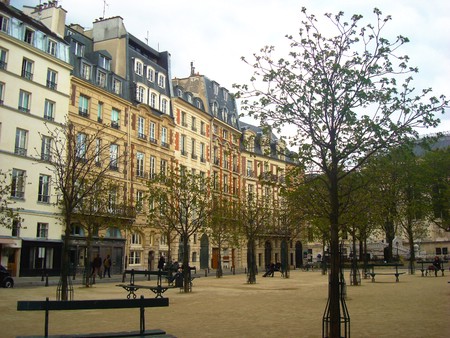 Despite Paris not being the leafiest of cities, its tiny central island has two beautiful parks in which to sit on a blanket and nibble away on some brie and a baguette. The picturesque Square du Vert-Galant, a needle-shaped green space, flanked on both sides by the Seine, is best known for its dramatic weeping willows and is a genuine oasis in the bustling heart of the city. Located to the rear of Notre-Dame de Paris, the tree-lined Square Jean XIII is another peaceful spot away from the crowds. It also offers some of the best architectural views of the cathedral. 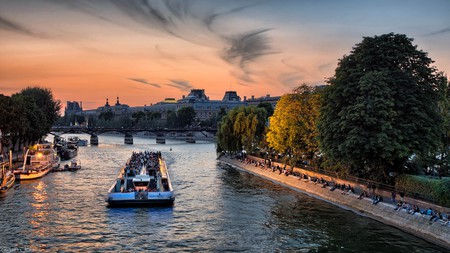 Where's best for a cup of coffee or a glass of wine? 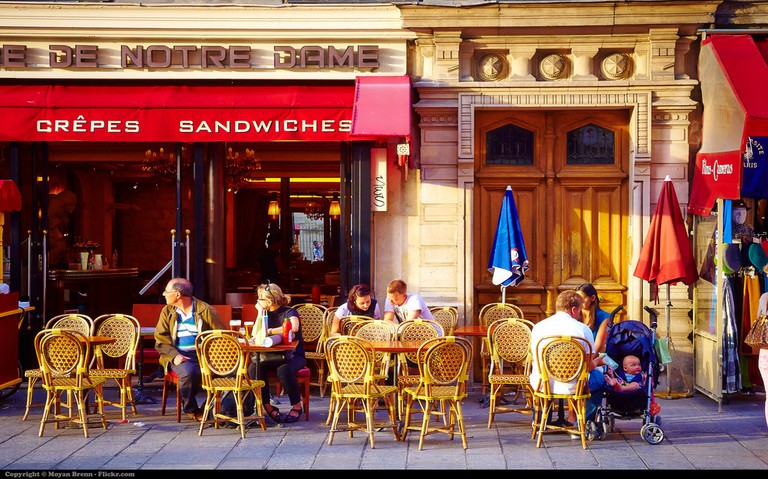 Café on Île de la Cité | © Moyan Brenn/Flickr
There are plenty of cafés and bars on the island but a particular local favorite is the Taverne Henri IV. Lawyers working at the nearby Palais de Justice, and a fair few stars of the literary and film worlds, love it for its intimate atmosphere and exceptional wines. If you’d rather relax with a hot drink, the equally elegant Fu De Cha is the perfect place to enjoy some specialty Chinese teas, and some amazing Sichuan cuisine at lunchtime as well.
Open In Google Maps
Paris, France
Give us feedback

Is there anything else worth seeing?

In a quiet square between the crowds at Notre-Dame and the admittedly more subdued line outside the Sainte-Chapelle is the Marché Aux Fleurs – Reine Elizabeth II. Opened in 1830, the flower market’s characteristic green pavilions, which also sell potted plants, seeds, cards, gifts and, at weekends, exotic birds and small animals, were rechristened in 2014 in honor of the British monarch’s visit. Just around the corner is the Tour de l’Horloge, whose stunning gold and blue timepiece from 1370, the city’s first, was restored to its full glory in 2012. Equally worth a visit is the Pont Neuf. Inaugurated in 1607 by King Henri IV, whose equestrian statue stands guard over its central point today, the bridge offers amazing views (and photo opportunities) down the Seine towards the Louvre and the Eiffel Tower. 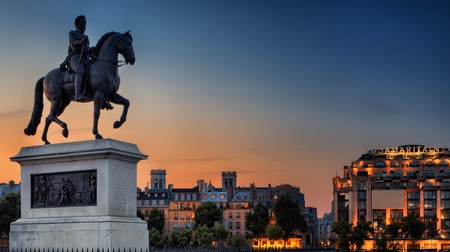