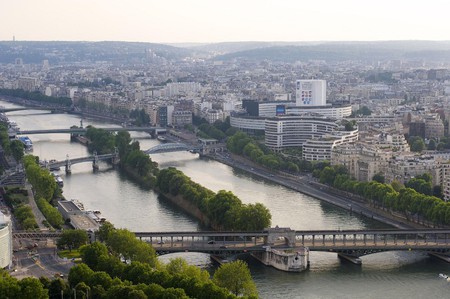 The third largest of the Seine’s islands after the Île de la Cité and the Île Saint-Louis, the Île aux Cygnes was artificially created in 1827 and sits downriver from the Eiffel Tower in the 15th arrondissement. Uninhabited, aside from its impressive collection of statues, the island is 11 meters at its widest and has a tree-lined path, named L’Allée des Cygnes (Path of the Swans), running 850 meters along it from end to end. As our insider’s guide explains, in addition to its public artworks, this diminutive island offers a new perspective on one of Paris’ most familiar landmarks and stunning views of some of its less stereotypical cityscapes.

What is there to see and do?

Without question, the island’s most famous monument is the replica of the Statue of Liberty at its southern tip. The 22-meter statue was gifted to Paris on July 4, 1889 by the French community in America to celebrate the centennial of the French Revolution and faces west towards its twin in New York City. Two smaller versions of the statue can also be found at the Musée d’Orsay and the Musée des Arts et Métiers. At the opposite end of the island, the Pont de Bir-Hakeim, constructed between 1903 and 1905 and later renamed after a Franco-German battle in 1942, connects the 15th and 16th arrondissements. The steel bridge was designed by Jean-Camille Formigé and has one level for motor vehicles and pedestrians and another for the metro. Its central arch features four stone reliefs depicting Science, Labor, Electricity, and Commerce, the first two sculpted by Jules-Felix Coutan and the others by Jean Antoine Injalbert. Another unmissable statue on the island is La France renaissante, sculpted by Holger Wederkinch and installed on the belvedere of Pont de Bir-Hakeim in 1930, another gift to the city this time from the Danish community. For those looking to sculpt their own physiques, there is a workout space and a climbing wall at the center of the island. 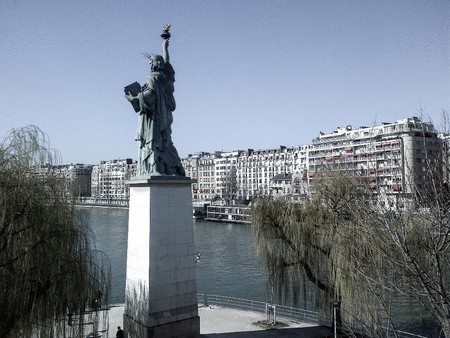 Statue of Liberty from the Pont de Grenelle | © Sam Nabi/Flickr 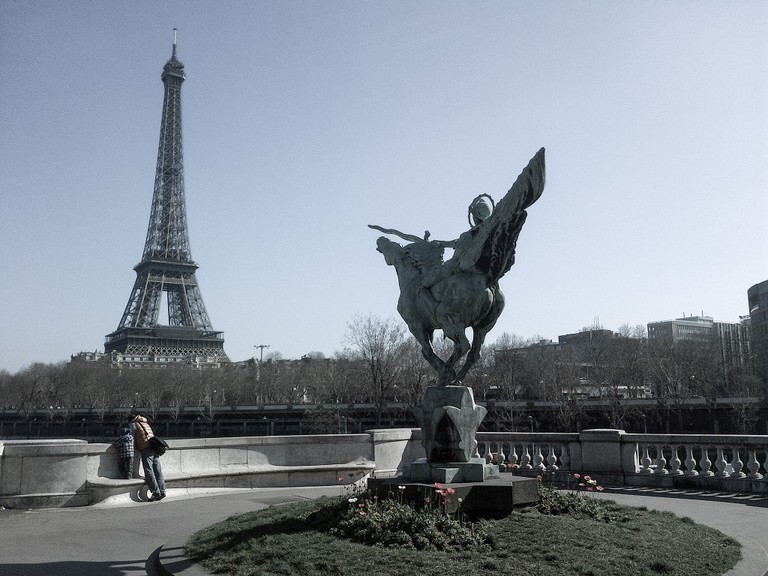 La France renaissante | La France renaissante
If you’re looking to get a great shot of the Eiffel Tower without getting too close to the crowds at its base or at the equally busy Trocadéro, then the northern side of the Pont de Bir-Hakeim is the ideal place to head. Surprisingly quiet for a spot offering such an amazing view of Paris’ most famous landmark, you can take the perfect holiday picture without having to fight through a forest of selfie sticks. In a city with strict planning laws limiting the height of buildings, the Île aux Cygnes offers some great views of the not quite skyscrapers on the edge of the 15th arrondissement. Their modern designs are a welcome change from the generic beauty of the city’s Haussmannian apartment buildings.
Open In Google Maps
Paris, France
Give us feedback

Absolutely off the beaten path for most tourists, the island is a popular venue for wedding photography. If you enjoy oohing and awwing at white dresses and tuxedos, head there on a Saturday when there is usually a steady flow of newly married couples arriving from town halls across the city. The Pont de Bir-Hakeim is also a favorite of the music, commercial, and movie industries, featuring in Last Tango in Paris, National Treasure: Book of Secrets, and, of course, Inception as well as Janet Jackson’s music video for ‘Come Back To Me‘. 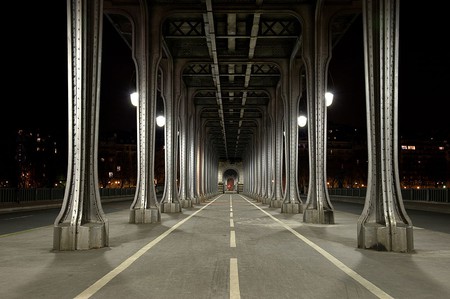 What is there to do nearby?

The island itself has no inside attractions, but if you head over to the riversides there are a few places worth checking out. There’s the recently reopened Beaugrenelle shopping mall, which in addition to a huge range of shops has restaurants, bars, and a cinema. Further north along the Port de Grenelle is the Maison de la Culture du Japon à Paris. This expansive cultural center puts on plays, film screenings, art exhibitions, and cooking classes. There is also the Maison de la Radio on the opposite side of the river, an incredible concert venue and the home of radio in France. 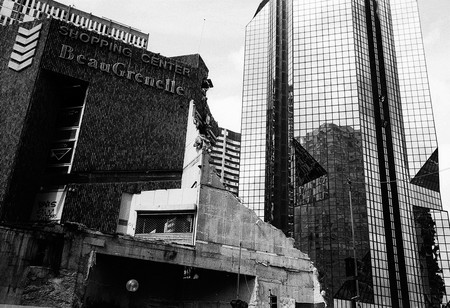