Paris is Set to Welcome the 2024 Summer Olympics 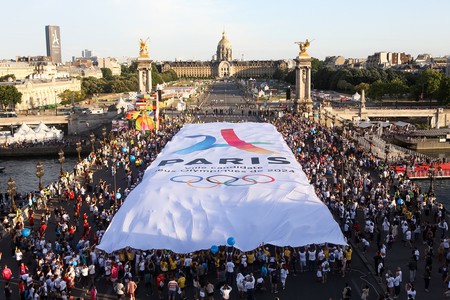 Unless Paris is wiped from the face of the Earth between now and September, or it chooses to indulge in self-sabotage unlike anything the world has ever seen, it will host the Summer Olympics and Paralympics in 2024. How do we know this? Well, because Los Angeles, the only other city in the race, has pulled out in favor of welcoming the Games in 2028.

The Olympic bidding process has been bizarre from the get-go this time around: Hamburg threw in the towel almost as soon as the starter’s pistol sounded due to a lack of public support; Rome’s mayor, Virginia Raggi, yanked the Italian capital out of contention in a blaze of negative publicity for the International Olympic Committee (IOC), claiming that the Games were ‘a dream that turned into a nightmare’; and Budapest’s bid fell by the wayside when a petition against it gained more signatures than the one needed to hold a referendum on hosting the event.

This left the French capital and America’s second city in a two-way race and the IOC with the uncomfortable realization that rejecting one determined bid in favor of the other would likely lead to an even more sour bidding process for the 2028 Games. When both sides confirmed that they would be unlikely to put themselves through the rigmarole again, the IOC took the unprecedented decision of choosing instead the order in which Paris and Los Angeles would play host.

For many, Paris has always been the frontrunner. There were security concerns following the terror attacks in France between 2015 and 2016 but it was felt that the superiority of the city’s public transport network, the strength of its previous bids (it narrowly lost out to London for the 2012 Games), and the historical resonance of it hosting the Games again after a 100-year gap gave it the edge. Additionally, President Trump’s travel bans on six Muslim-majority countries, which is so obviously in opposition to the Olympic spirit, was thought to have negatively impacted Los Angeles’ bid. 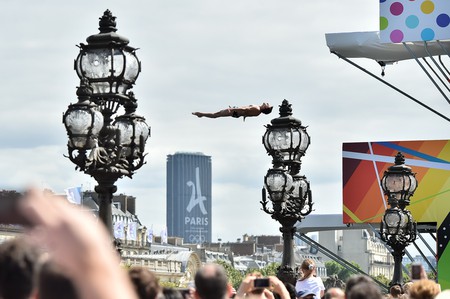 Nevertheless, all was resolved – at least theoretically – on Monday when Los Angeles Mayor Eric Garcetti announced that a deal had been struck with the IOC. ‘I am proud to announce that the Olympic Games are coming back to the United States of America,’ he told a news conference at the StubHub Center sports complex in Carson, before going into detail about the financial support package he had secured. Crucially, the additional four years will allow the city’s transport system to be brought up to par with that of Paris.

President Trump was quick to comment on the news. ‘I am confident that the Summer Games in Los Angeles will exemplify both the Olympic ideal and the American spirit, and we look forward to hosting them,’ he said. 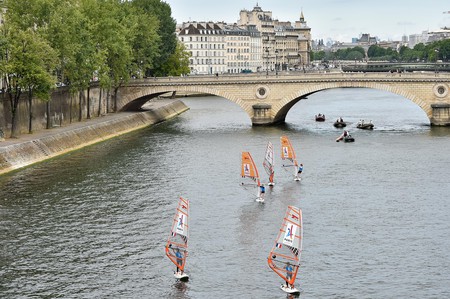 Surprisingly, considering that the ratification of the next two hosts at the IOC meeting in Lima on September 13 now seems like a mere formality, the reaction in Paris has been muted. ‘Discussions will continue between our two cities and the IOC throughout August to reach a tripartite deal,’ tweeted Mayor Anne Hidalgo.

However, she did add: ‘I am very optimistic: we will do everything so that the Lima vote, on Sept. 13, will be a historic moment #Paris2024.’ 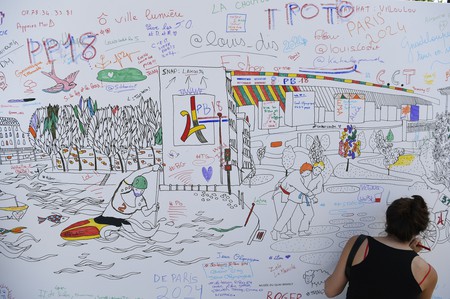 An anonymous official from her team told Reuters that the mayor’s caution was intended to show respect for the official procedure. ‘It’s a positive step, but it’s a step,’ they concluded.

Taking for granted that the IOC will ratify the two hosts (and, really, what other choice does it have at this stage?) Paris and Los Angeles will join London as the only cities to have hosted the Olympics three times.