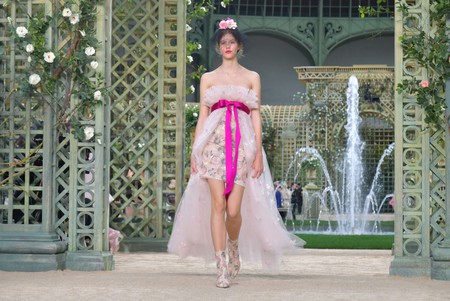 It’s the most fashionable event of year—Paris Haute Couture Fashion Week—where you get to see one-of-a-kind creations from the industry’s most fabulous designers.

The City of Lights is swarmed with celebrities, creatives, and international fashion mavens, all who have come to see the best haute couture. Each of these dreamy dresses was custom-made in an atelier, and some will find their way to the red carpet in the weeks of awards season to come. Here’s a look at the most gorgeous gowns on the Paris runway for Spring, 2018. 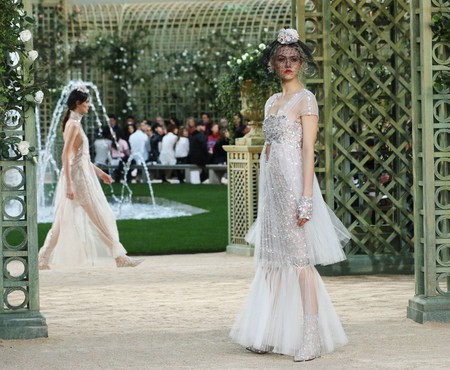 Karl Lagerfeld stunned spectators at the Grand Palais with Chanel Haute Couture’s Spring 2018 show. Florals, lace, and chiffon dominated the runway that had a luxe atelier bridal feel to it. Could it be that Lagerfeld has fallen back in love with Paris? The key trend takeaway you can expect to see mimicked by designers is the embellished sock bootie. 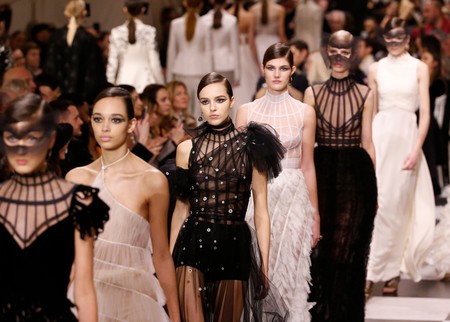 Maria Grazia Chiuri delivered a daring, surrealist show at the Musée Rodin. Milliner Stephen Jones collaborated on the collection to create masquerade-style masks and veils. Consisting entirely of black and white, the collection was as statement-making as Chiuri’s We Should All Be Feminists T-shirts, which were debuted 18 months ago. The key trend takeaway here is that black and white never go out of style. 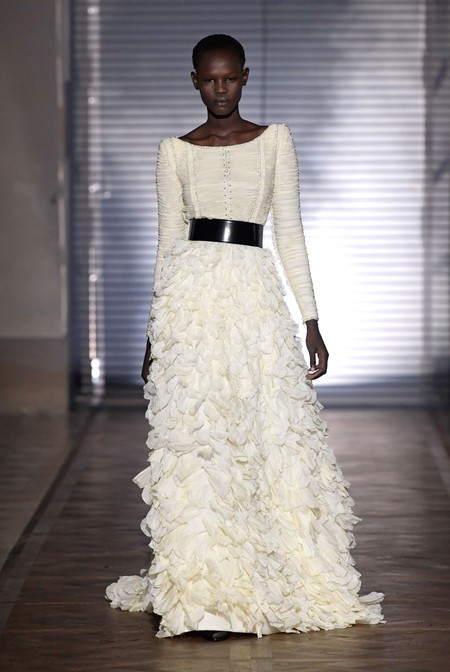 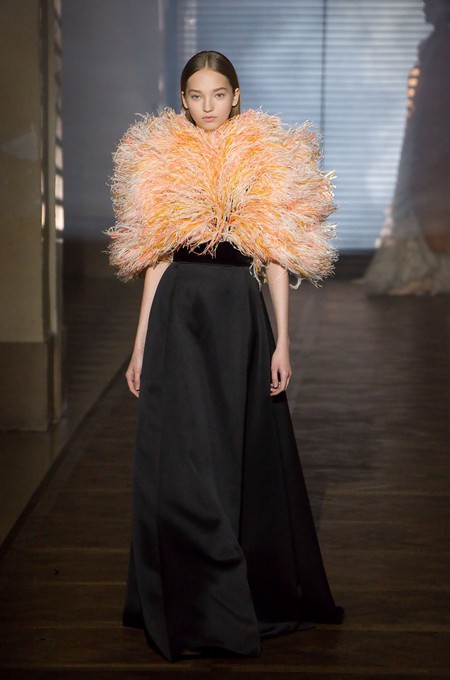 Clare Waight Keller, formerly of Chloé, makes her debut for Givenchy with a nod to the house’s tradition of monastic tailoring. Indeed, there were tiered looks, designed for movement, and a playful femininity on the runway. The key trend takeaway here is the feathered stole, which you can expect to see replicated, though not with the same panache. 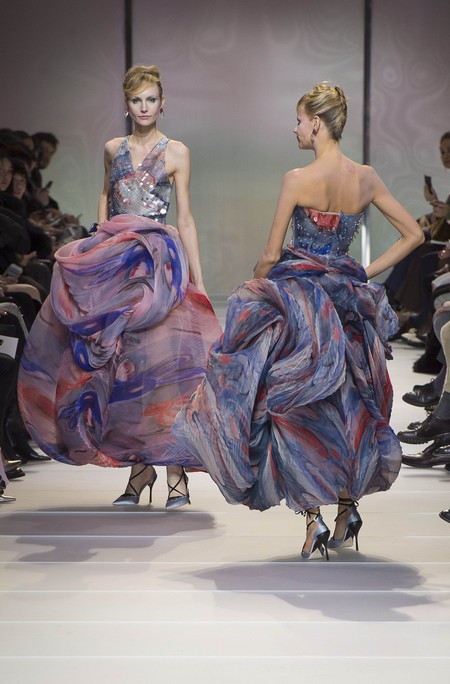 Giorgio Armani released a press statement announcing that his Spring Couture show was inspired by “the sky with all its nuances.” Certainly, the movement on the runway reflects his inspiration, as gowns swirl with azure colors. These dreamy dresses make you look like you’re floating. The key trend takeaway here is the turn towards pastel hues, which are always a hit as the temperature rises. 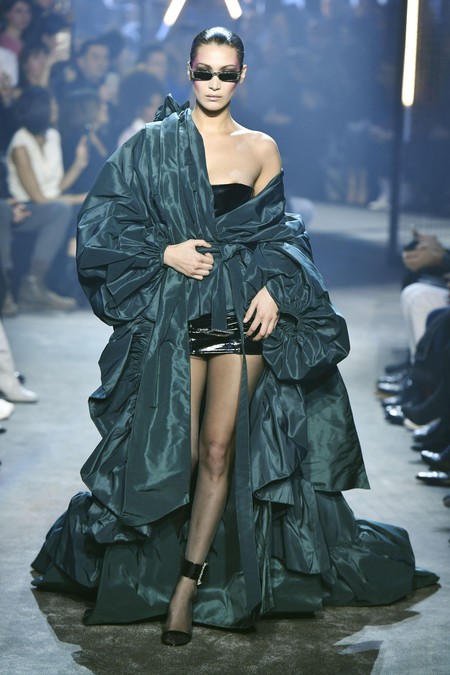 Alexandre Vauthier brought down the house with muse Bella Hadid doing her best to summon Matrix vibes. Certainly the show was the most avant-garde Paris Haute Couture Week has seen. With taffeta, leather, and lurex fabricating most of the looks, it so seems Vauthier is summoning the ’80s. That in itself is a key trend takeaway that never gets old.