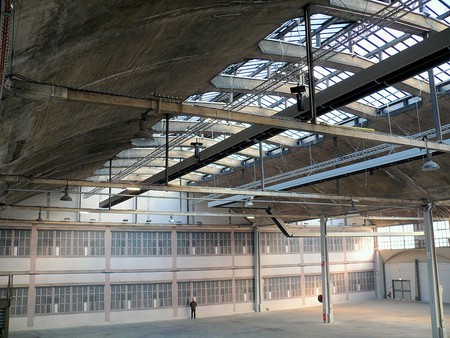 The world’s largest startup campus is set to open in Paris in early 2017. When the 250 million euro investment project is completed, Station F will house somewhere in the region of 1,000 startups under one enormous roof in the Halle Freyssinet in the 13th arrondissement, a former freight station located next to the Bibliothèque Nationale de France.

This massive development is being financed by Xavier Niel, the telecommunications mogul who founded Free, France’s second largest ISP, in 1999. He has chosen Roxanne Varza, formerly of Microsoft Ventures and TechCrunch, to head a team of nine responsible for delivering his vision for a new and unique business environment in the coming months.

The goal is to surge France’s already thriving tech sector by drawing its many small, local players into one place where they can receive clients and investors, exchange ideas and get the best projects off the ground.

The task of transforming a historical monument into a high-tech hub is being undertaken by the Wilmotte & Associés architecture agency. Within the 34,000 square meter space, originally designed by pioneer and master of concrete Eugene Freyssinet in 1929, they will install a FabLab, equipped with 3D printing and metal and woodwork facilities, deskspace for over 3,000 entrepreneurs, a 360-seat auditorium, a startup services center and a coffee shop, as well as a 24/7 public venue comprising four restaurants and a bar.

Further down the line in 2018, a 15,000 square meter housing project capable of accommodating 600 people will also be created on the outskirts of the city.

Formal applications to join this entrepreneurial ecosystem on an epic scale will open autumn this year. Before then, if you have an idea that you would like to pitch, you can do so through Station F’s website. Don’t worry if you’re not sure whether your startup sounds brilliant or crazy – that kind of thinking is precisely what they are looking for.