Art Has No Language: The Paris Atelier for Artists in Exile | © Culture Trip

In late 2016, a large studio in Paris was transformed into a dedicated safe haven for refugee artists. Now, the Atelier des Artistes en Exil provides space for some 150 artists driven to France by war and poverty. The artworks produced here and the community that has been built demonstrate the universal language of art and its power to link people beyond cultural background.

Paris entices millions of visitors each year to marvel at the contemporary art of the Centre Pompidou and the ancient masterpieces of The Louvre, the world’s largest art museum. And art continues to be an integral aspect of Parisian life, with communities of artists abounding around the city and new waves of talent continually emerging.

Located in the 18th arrondissement of Paris, Atelier des Artistes en Exil currently welcomes some 150 creatives from 20 countries while they seek asylum in France. The artists have fled conflict in places like Syria, Mali, Yemen, Afghanistan, Democratic Republic of Congo and Iran.

Born in Sweida, a city in southern Syria, 40-year-old Omar Brahim is one of the many talented artists supported by the atelier. Brahim left his home country in November 2014, escaping the riots in Syria and hoping to realise his artistic passion. He’s now completed a course in sculpture at the Faculty of Fine Arts Damascus, and is now being offered a chance to reclaim his creative voice through exhibiting his work in Paris.

Brahim’s sculpture, which often depicts haunting trees, explores ideas around “the inner monster” within us all that rears its head in times of turmoil, especially during war. He has been at the atelier since 2018, enjoying the free work space, art supplies and financial and professional assistance on offer.

“We have many opportunities to show our art through the atelier”, says Brahim, including public showcases, exhibitions, collaborative projects and press coverage. “It’s given me the chance to interact with the French audience and beyond.” 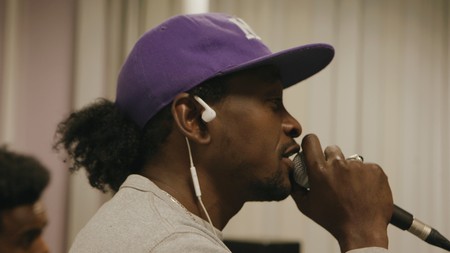 Art Has No Language: The Paris Atelier for Artists in Exile | © Culture Trip

It demonstrates the power of art to build relationships between people

Brahim, like many other refugees who flee to France, couldn’t speak the language when he first arrived. However, encouraged by the Atelier des Artistes en Exil, Brahim has overcome this obstacle through his sculpture, saying: “Art provides the ability to communicate with people outside the border of language.”

Brahim has used his creative talent to connect with new people in Paris. “You find people from different backgrounds here,” he explains. “I’ve met many good friends and I learn from their experiences, their techniques and their ways of thinking.”

Beyond facilitating communication and self-expression, Brahim also describes art as a powerful tool to change people’s perspectives and to promote open-mindedness. “It’s a way to escape stereotypes and clichés, to show what you can offer to the place.” 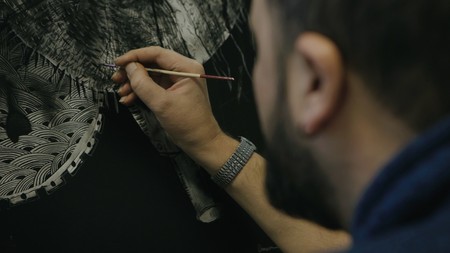 Brahim describes drawing inspiration, albeit subconsciously, from the French capital, which has deeply enriched his artistic practice. “It’s added lots of elements and new colours to my paintings which weren’t there before,” he explains. “Previously, I worked mainly in black and white.”

Another of the atelier’s resident artists, 26-year-old Ahlam has been living in Paris since she left her home country, the Yemen, in March 2016 due to war. Like Brahim, Ahlam has enjoyed visiting the museums and art galleries in Paris.

“I feel like every corner of Paris is inspirational. I’ve been here for nine months and I’m always discovering new places and artworks”, she says. “When you see lots of art, it gives you lots of ideas and develops your artwork to a new level.”

Ahlam describes being struck by people’s attitude to art in Paris compared to in her home country: “The art that I find in Paris is different to art in my country. Here, people care more about the artist.” 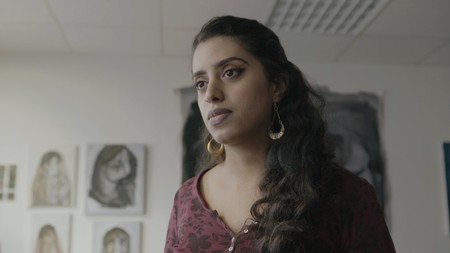 Having attended the atelier for six months, Ahlam has focussed on painting artworks that give a voice to the struggles women face in her home country. “It expresses what I feel and what a lot of women in my country feel,” she explains. “The atelier has given me the chance to exhibit and tell people my story. It deserves to be told.”

The Atelier des Artistes en Exil gives space to a wide range of artistic disciplines, including painting and sculpture, but also performative arts such as dance.

Dancer Soumaila Tunkara, 27, has lived in Paris since 2017. Born in Bamako, Mali, Tunkara appreciates, like Ahlam, the mentality people have towards art in Paris. “In my hometown, people don’t see dance as a profession – that’s what pushed me to leave.”

Tunkara explains his struggle to find approval from his family for his dancing talent, and his perseverance to turn it into a career. “They didn’t see dancing as a job, but it has been my passion since the age of 12,” he recalls. More than just a sport or means of self-expression, it’s the unifying force of dance that fascinates Tunkara. 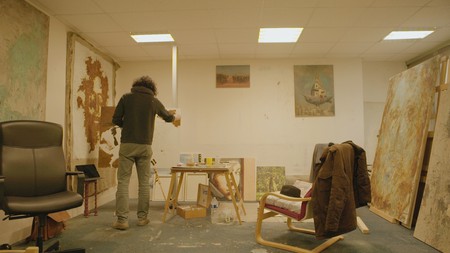 And the atelier shows that art can rally people together

During a year spent at the Atelier des Artistes en Exile, Tunkara describes enjoying numerous opportunities thanks to the organisation, including a masterclass with well-regarded choreographers Carolyn Carlson, Benoir Lachambre and Tomeo Verges Gravel. But the chance to feel part of a community has been the most positive outcome of the experience. “When I came to France it was hard”, Tunkara says, as at the time, he knew no-one. “But since I signed up [to the atelier], I no longer feel alone. I have been very welcomed.”

“You don’t need to know each other to dance together,” Tunkara insists. “Dance is a means of communication and cohesion. It breaks the barriers between us and brings people together. It goes beyond borders and cultures and I think it can help solve many conflicts the world is facing right now.”

Ahlam agrees that art breaks down language barriers and expresses the importance of spaces like the Atelier des Artistes en Exil in providing a safe haven for exiled artists. “I can’t speak French, so the only way to connect with people was through art,” she says. “Art is the most powerful way to break through borders. It lets us have one language, even if we’re from a different culture or community: art collects us.” 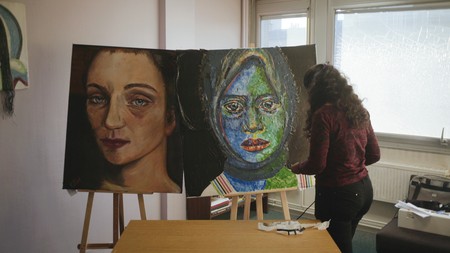 Art Has No Language: The Paris Atelier for Artists in Exile | © Culture Trip
Give us feedback