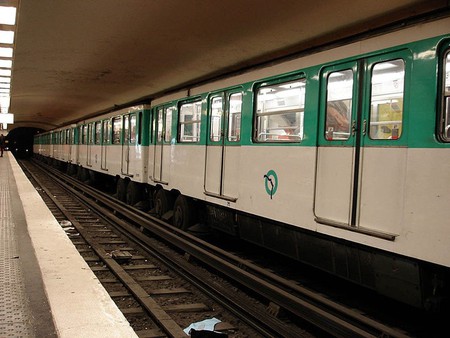 Paris’s metro stations honour French war heroes, politicians and artists, but very few of its stations are named after women. The feminist campaign group Osez le féminisme is working to change that.

Take a journey on a rattling Paris metro and you may find yourself staring at the names of the stations. Victor Hugo, Pablo Picasso, Baron Haussmann, Émile Zola – all are featured on Parisian stations names. However, only four of the 303 stations are named after women. Soon, two new stations will be added to the rail network and Osez le féminisme (Dare to be feminist) are campaigning to name these after female heroes.

The best Parisian metro stations leave tourists awe-struck, such as Concorde, whose walls are plastered with an enormous crossword puzzle; the Louvre-Rivoli metro station, which is lined with replica artworks to echo the relics within the Louvre Museum; or Arts et Métiers station, designed to feel like a submarine to reflect the Musée des Arts et Métiers’ focus on industrial design and transport innovations.

However, behind this splendour lurks a ‘sexist rail map’ that fails to honour the female heroes of history. Osez le féminisme want the new stations to be named after female figures to recognise their achievements and to show that women have shaped history just as significantly as men.

‘We have to rename a few more existing stations after women’, Raphaëlle Rémy-Leleu, a spokeswoman, told the Guardian. ‘Most stations make reference to the exploits of what we call in France the Grands Hommes, but we have some great women who also deserve to be recognised. Unfortunately, this is not reflected in the metro which is an example of how France continues to ignore the role of women in its history’.

Also according to the Guardian, ‘among the proposed new station names are the French singer-songwriter Barbara who died in 1997; Lucie Aubrac, a member of the French Resistance who died in 2007 and the American singer Nina Simone, who died in 2003’.

Notably, Nina Simone is the only non-French woman who has been suggested – her inclusion is thanks to her activism during the civil rights movement in the United States. She wrote ‘Mississippi Goddam’, for example, in response to the 1963 assassination of Medgar Evers and the Birmingham church bombing that killed four young African-American girls.

The four stations currently named after women are Barbès-Rochechouart, after Marguerite de Rochechouart de Montpipeau, who was an abbess of Montmartre; Pierre et Marie Curie, after the Nobel prize-winning physicists; and Rosa Parks station on the RER suburban line, named after the American civil rights activist.

Recently, the Europe station on line 3 was renamed Europe-Simone Veil in honour of the health minister and Auschwitz survivor who died in 2017, taking the total up to four. There’s also Louise Michel station, which is named after a Paris Commune militant, however, not everyone agrees that this tribute counts since the station is not actually within the city boundaries.

President Emmanuel Macron made sexism and gender equality a key aspect of his presidential speech in 2017, so Osez le féminisme’s metro campaign may well gain the support of the government, which will help equalise the balance between men and women on the rail map.

Osez le féminisme also strives to address the gender imbalance in Parisian street maps. Only 2.6% of streets in Paris are named after women, while 31% of all streets are named after men. As a result, the group is also campaigning to rename certain street names in honour of women.