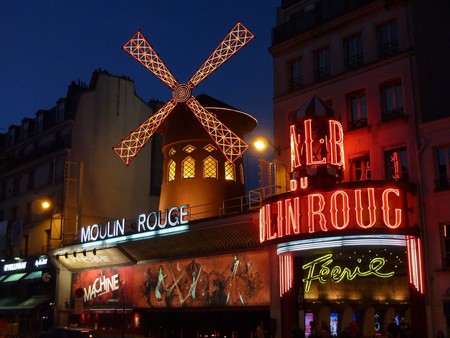 The spiritual home of the modern can-can, beloved by the greatest painters (and drinkers) of the Impressionist period, and topped by surely the most famous windmill this side of Amsterdam, the Moulin Rouge is a Pigalle landmark of unmistakable appearance and unmitigated vibrancy.

The Parisian venue’s rich history and the lives of the colourful characters who have frequented it have inspired numerous feature and documentary films over the years. Below are five of the best to get you in the mood for a night on the Montmartre tiles.

This British drama was written, directed and produced by Ewald André Dupont. It was his last fully silent picture, and starred Olga Tschechowa, Eve Gray and Jean Bradin. Shot in Paris and London, the film – which cost half a million dollars, a huge amount for 1928 – was an international success, although it caused quite a scandal in the United States due to its dance scenes containing chorus girls in skimpy outfits. 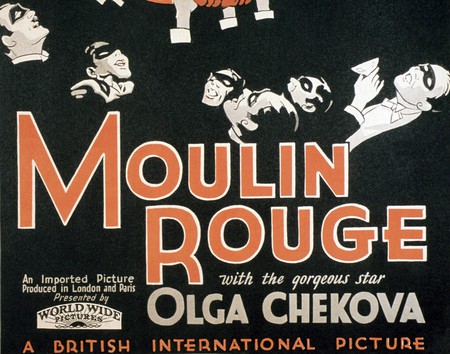 Henri de Toulouse-Lautrec is the central character of John Huston’s Moulin Rouge, which was based on the novel by Pierre La Mure. The film recounts his early years in and around the cabaret and the role it played in his rise to fame. In order to mimic the artist’s short stature, José Ferrer walked on his knees using specially made pads and a series of platforms and concealed pits were used. The cinematographer Oswald Morris rendered the colour scheme in Toulouse-Lautrec’s palette to make it look as if the artist himself had shot it. The film won the Silver Lion at the Venice Film Festival where it premiered and two of the seven Academy Awards for which it was nominated. 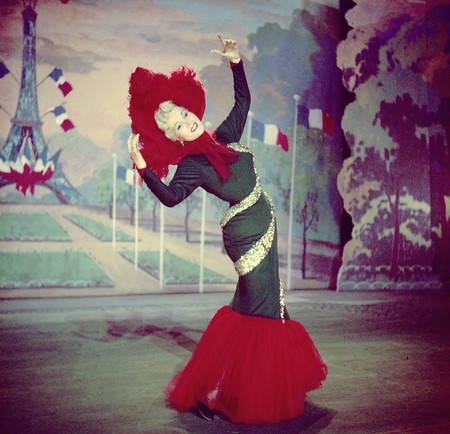 This French musical was written and directed by Jean Renoir, the son of the artist Pierre-Auguste Renoir. It is another homage to the club in the last decade of the 19th century and is visually reminiscent of the works of Edgar Degas and the other artists who frequented it. The plot centres on the shifting fortunes of café owner Henri Danglard, played by Jean Gabin, and the revival of the cancan dance with the help of Françoise Arnoul’s Nini. The film won the Grand Prix de l’Académie du Cinéma in 1956. 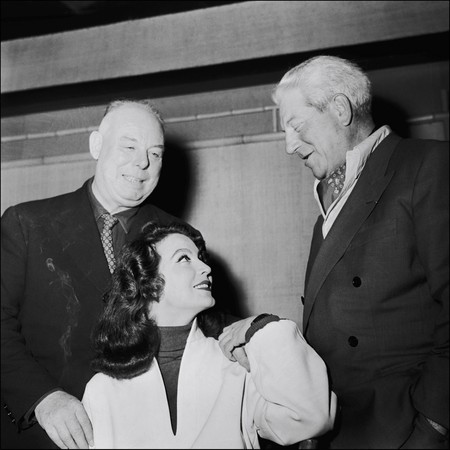 This pastiche-jukebox musical from Australian director Baz Luhrmann is the last film in his Red Curtain Trilogy after 1992’s Strictly Ballroom and 1996’s Romeo + Juliet. It is a love story between Ewan McGregor’s struggling Scottish poet and playwright Christian and Nicole Kidman’s Satine, a cabaret actress and courtesan. But falling in love is never easy, especially when you must simultaneously mount a play at the Moulin Rouge, escape the jealous clutches of a Duke, and deal with a life-threatening illness. The film was nominated for eight Oscars and won for Best Art Direction and Best Costume Design. It was also praised for its soundtrack, which used MTV Generation classics to illustrate the ahead-of-his-time musical genius of the protagonist. 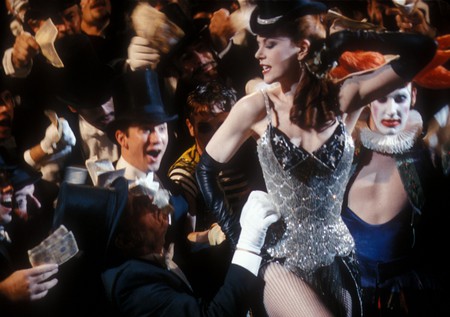 At the Heart of the Moulin Rouge is a documentary film by Marie Vabre that offers a behind-the-scenes glimpse of life at the most famous cabaret in the world. Underneath all the feathers, glitter and make-up is a disciplined team of professionals who work tirelessly in a job that is physically demanding in the extreme.