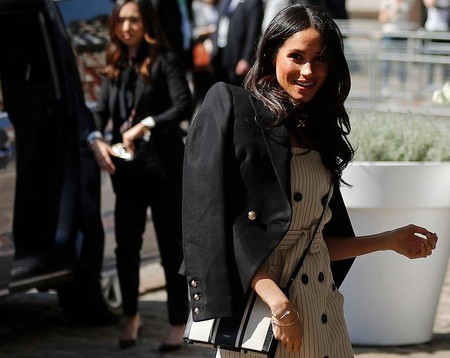 Everybody’s favorite bride-to-be, Meghan Markle, just wore the perfect spring statement dress—and as usual, the fashion rule-breaker’s look is insanely easy to copy. You can buy the exact dress she wore (before it sells out) or shop comparable looks below.

Markle turned heads in a black and white pinstripe Altuzarra dress, which is available for mere mortals on Net-a-Porter. The exact dress retails for $1995, but you can find the same look for under $100 below. 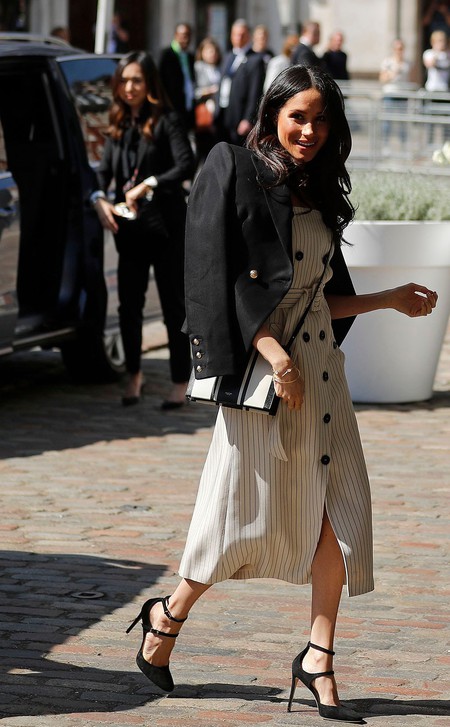 From her signature messy bun to the Alexander McQueen pantsuit she wore to a February black-tie event and her cheap and chic style in rings, Markle brings a refreshingly fashion-forward aesthetic to the monarchy. The Altuzarra spring dress she wore on April 18 to the Queen Elizabeth II Center captures that same vibe.

This Altuzarra dress is both demure and edgy, and feels fresh for spring. Markle wore the ensemble to meet with the Commonwealth Youth Forum, where Prince Harry serves as a Commonwealth Youth Ambassador. Prince Harry was recently appointed this role by the Queen, and the April 18 event is one of the first serving in an official capacity.

Shop the dress online at Net-a-Porter 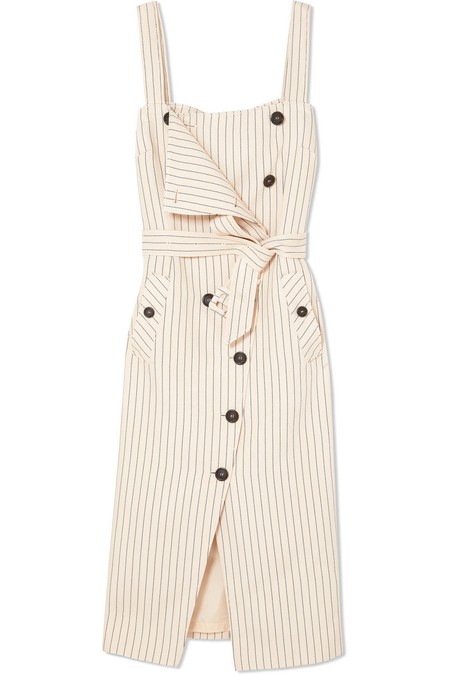 This “Audrey” dress is inspired by traditional apron dresses worn on the French countryside. Made in Italy of Viscose, the dress is lined, and features a detachable belt. 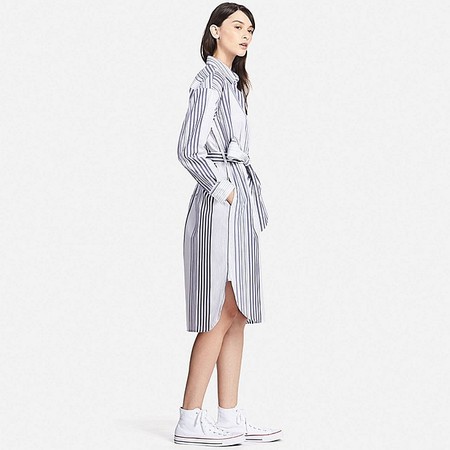 Can’t afford the $1995 price-tag for the Altuzarra dress? Uniqlo offers a version of the look for $20. This long-sleeved cotton stripped shirt dress captures the versatile, casual pin-stripes for spring look for Markle imitators.