Laurent Derobert is an existential mathematician living in Paris’s Montmartre. His fascinating projects explore the models and mazes of passion, measure the gap between our dreams and realities, and calculate the imaginary roots of the Eiffel Tower.

‘I know that the phrase “existential maths” sounds weird, but it’s actually very simple’, Derobert, a doctor of economics, said. ‘It’s an attempt to express thoughts, feelings, and doubts through equations, conjectures, and theorems’.

The mathematics language is sometimes overwhelming, but with coefficients like ‘jealous love’ and ‘pure egoism’, there’s a peppering of poetic ideas that give us something to grasp onto. The remarks are always relatable and allow us to step into his wonderful universe. 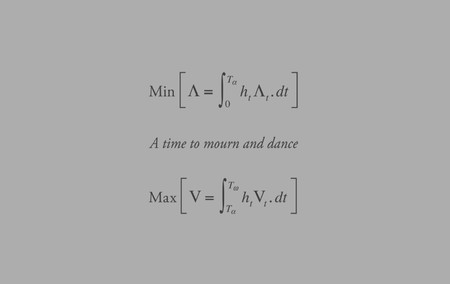 A time to mourn and dance | © Laurent Derobert

There’s an incredibly poetic dimension as he aims to, ‘re-conquer unexplored fields of consciousness…reducing the internal maze within each individual, that labyrinthine distance that separates us from ourselves, from what we think we are, from what we dream of being’.

While maths seems built on the concrete structures of certainty, he’s quick to point out its limits. ‘I always stress that it’s fundamentally a question of expression, and not of explanation. Most of the equations here are unsolvable as our lives are! The idea is far from capturing human mind in cold models, but rather to evoke its twists and turns in algebraic terms’. 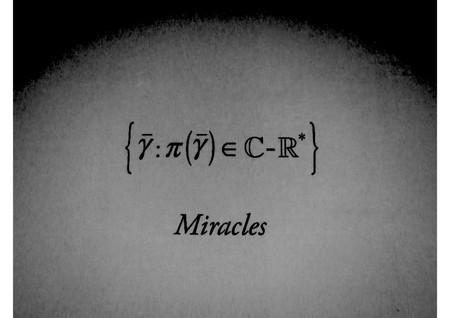 The story of how he got the idea for his project—calculating where the roots of the Eiffel Tower would appear if they went through the earth—is delightfully à la française. ‘I was just gazing at the Tower one night on the roof of the Tour Montparnasse, alone with a good bottle of white wine, and suddenly, I saw the four feet of the Eiffel Tower crossing the Earth to the opposite side of the planet’, Derobert said.

A few calculations later, these roots were found to fall into the waters along Hawaii, Easter Island, Java, and Bouvet Island. With the help of Jean de Loisy, president of the Palais de Tokyo, these coordinates became the cardinal points of a wonderful expedition: sailing to the origins of the Eiffel Tower and diving there. ‘What’s even crazier’, Derobert added, ‘is that it will come true! Next year, mid-November, a team of artists and navigators will depart on a sailing ship for this strange odyssey. Even if I’m desperately seasick, I’ll be part of it’!

This isn’t the first time he’s worked with Palais de Tokyo or taken on the form of contemporary art. In 2015, the exhibition ‘Tiana’s Conjecture’ saw him write equations using the tears of women who came to confess their deepest heartbreaks. 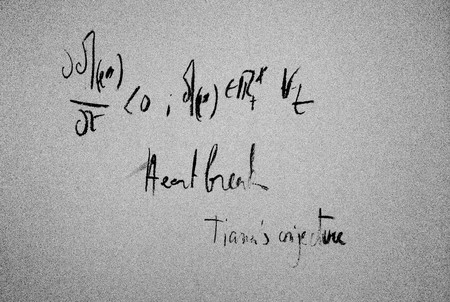 It’s no surprise that living in the beautiful neighbourhood of Montmartre feeds into his inspiration. ‘It’s a matter of ghosts, or let’s say remanence of extraordinary characters. From Satie to Nerval, Picasso to Bruant, these departed artists give you the energy and folly to believe that you can shape and sail your own life’, he explained.

He continued, ‘The hidden garden of the Cité Internationale des Arts de Montmartre is one of my favourite places. It’s a defended paradise, but ask a resident crossing the rusty door nicely, and I’m sure he’ll let you get in’.

His equations have been collected into the book Fragments of Existential Mathematics. Not only does he explore the endless turmoil of the external world, but also the shifting tides within the self. This book examines the fragility and force of the human heart with piercing precision. 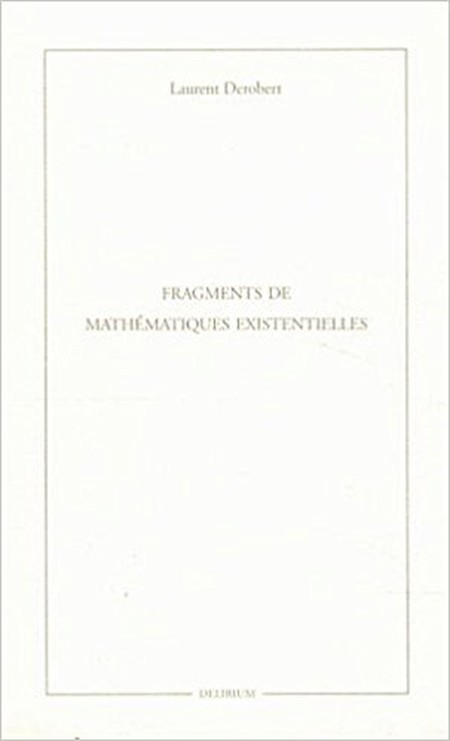