‘Little’ by Edward Carey, Historical Fiction With a Sombre Edge 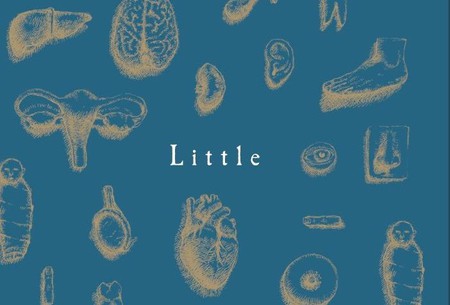 The novel Little by Edward Carey tells the life story of Madame Marie Tussaud, best known for her London wax museum. Told as a fictionalised memoir, the book navigates the sorrow of loss, the horror of the French Revolution and Marie’s joy at finding her true calling.

In Edward Carey’s Little, the reader is transported to the 18th century via the fictionalised memoirs of Madame Marie Tussaud. Embellished with Carey’s characteristically Burton-esque illustration, the strange story of Madame Tussaud comes alive.

Carey, whose other work includes the Iremonger Trilogy, brings his signature steampunk aesthetic to this historical fiction novel that artfully avoids the trope of over-romanticising the past. The haunting tone makes Marie’s life feel genuine, even if the stories are hard to believe.

Madame Marie Tussaud is first introduced as Anna Maria Grosholtz, a servant girl from Alsace. Marie – or Little, as she comes to be called – is orphaned early and finds herself in Bern under the employ of Dr Curtius, a man who creates wax models of diseased organs.

The two form an unlikely pair, but find themselves to be perfectly matched in their loneliness. Marie seeks out her master’s workshop as a place of refuge, a move that proves providential for him as she becomes the first living model for his artform. Dr Curtius, overjoyed to have a companion, takes her under his wing as an apprentice. “All wax is sacred, and this, this here, is the aristocrat of waxes. Greatest of detail collectors, finest of imitators, most honest of matters,” he tells Marie, holding up a piece of beeswax. 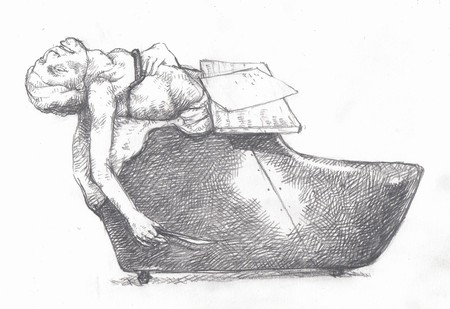 Illustration of 'The death of Marat' from 'Little' | © Edward Carey

In the 18th century, wax busts were a popular way for men of (sometimes self-perceived) importance to ensure the memory of their likeness survived for future generations. Dr Curtius uses his model of Marie’s head as a marketing tool, and soon becomes sought after as a bust maker, angering his previous employers in Bern.

In order to pursue his new career path, Marie and Dr Curtius move to Paris to cast some of the most famous, and infamous, heads of their time. But while Dr Curtius finds success in Paris, Marie’s existence is largely as an observer. Pushed away from her master’s studio due to their new landlord’s classist-fuelled hatred for the servant girl, Marie shrinks into the shadows, but her fascination with waxwork endures.

As a memoir, Marie could easily fall into nostalgia; instead she recalls a tragic tale of love found, broken, lost and rarely returned. While Marie’s life with the living is punctuated by disappointment, she continues to find solace in waxworks, demonstrating the resilience necessary to create an empire that still persists almost 200 years after her death. 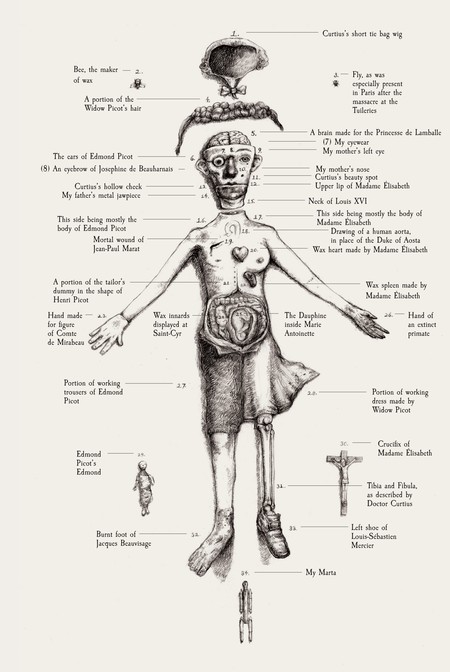 Through telling her story, Marie reminded herself of her own agency, finding her strength in her persistent passion for waxwork. It is her singular focus that drives the novel forward, even if her story can only be described as grim. Marie’s determination is a beacon of hope amid the seemingly constant misfortune she experiences.

Her bordering obsession with waxworking leads to a series of dramatic events: she becomes royal art tutor at Versailles, is imprisoned during Robespierre’s Reign of Terror, loses her lifelong love and starts an empire. The ups and downs of Marie’s experiences seem almost unbelievable, but most of the events actually happened during her lifetime. Carey, in fact, made very few embellishments to Madame Tussaud’s story.

In an age in which historical female figures have gained more posthumous recognition, Little is a perfectly weaved story of a woman who has captured the imagination of many, but has been written about by few. From Marie’s perspective, the difficulties 18th-century women faced in order to achieve recognition or success are illuminated for the modern reader.

Little by Edward Carey is published by Gallic and will be available 4 October 2018, £14.99