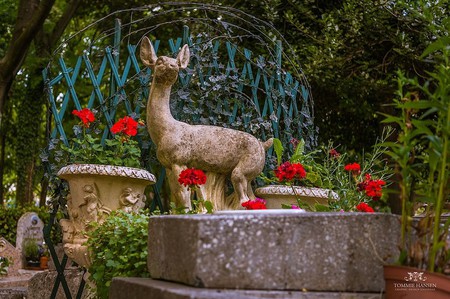 Since 1899, the Pet Cemetery in Paris has been commemorating beloved animals. It’s called ‘Le Cimetière des Chiens et Autres Animaux Domestique’ (cemetery for dogs and other pets) and has become the final resting place of many familiar pets as well as a horse, a hen and a lion.

The French government passed a law in 1898 that forbade people from putting the bodies of their dead pets into the rubbish or throwing them in the river. Instead, people were allowed to bury their pets so long as it was at least 100 metres from any houses and covered with earth. The cemetery in Asnières-sur-Seine (30 minutes from central Paris) was the first of its kind in the world and has many elaborate gravestones and of its 40,000 animals, some were very famous in their time. 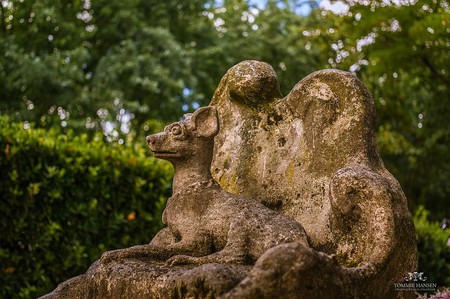 Barry is at the entrance

One of the most elaborate gravestones is for Barry, a mountain rescue dog in Switzerland who rescued 40 people on a really dangerous alpine pass between Italy and Switzerland. His actual body was stuffed and returned to Bern after his faithful service in the mountains but a statue stands to honour his memory in the cemetery. His tombstone reads ‘Il sauva la vie à 40 personnes’ (he saved the lives of 40 people). 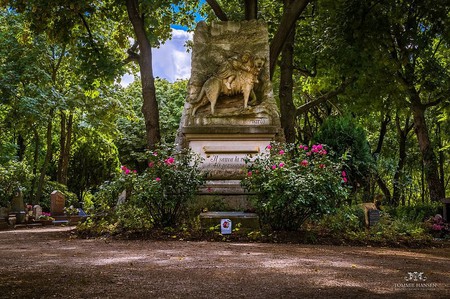 There are tombstones and memorials for every kind of animal

The cemetery wasn’t an immediate success but thanks to the founders’ efforts, within eight years, over 4,000 pets had been buried in the cemetery and by 1934, over 20,000 pets were inside its walls. It was open to all kinds of animals – the usual cats, hamsters, guinea pigs, dogs, rabbits and so forth, but also turtles, monkeys, horses and even a shark. You can visit the graves of ‘Dolly’, who jumped in parachutes to carry messages for the French Resistance in World War II and ‘Rin Tin Tin’, who was a silent film star dog. Napoleon’s three-legged ‘Moustache’ also lies within its walls as well as the founder’s lion, ‘Tiger’. 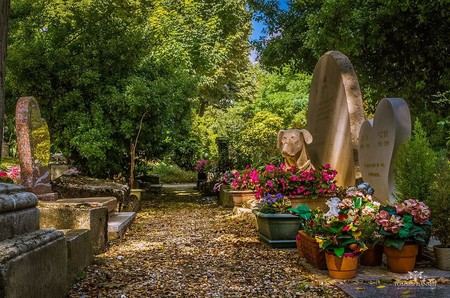 By 1987, the local council had fallen on harder times and decided to close the cemetery for good. However, local residents campaigned to keep it open and the mayor eventually succeeded in getting the site listed as a place of picturesque and historic interest and it is now protected by the state.

The Pet Cemetery in Paris | © Tommie Hanson / WikiCommons
Give us feedback