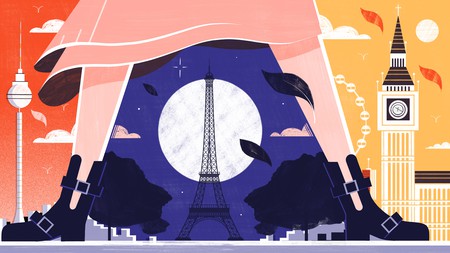 Dangerously alluring, with a glamorous life, Villanelle is an assassin like no other in the hit BBC America TV series Killing Eve. Her tastes are expensive, her fashion distinctive – and her passion for travel as legendary as her bloodlust. Here we take you on a tour of the destinations featured in the show and discover what’s so special about these European cities.

When rumours of an elusive female assassin began to swirl within the walls of the British intelligence service, little did we know what sort of journey we were about to embark on in pursuit of Villanelle (Jodie Comer). Eve Polastri (Sandra Oh) is the MI5 agent who first suspects there is a psychopathic gun-for-hire on the loose, and her immediate task is to track down where such a flamboyant killer might live. 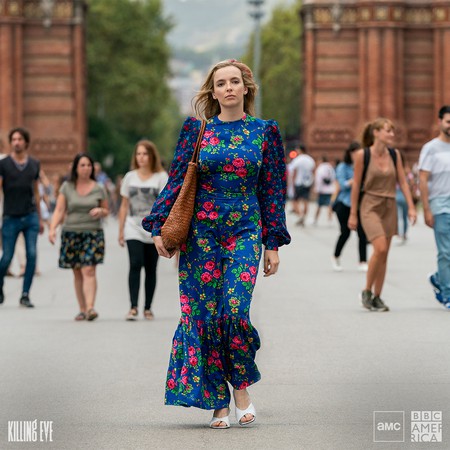 The sixth arrondissement is the chic neighbourhood of the French capital that Villanelle calls home in the first season of Killing Eve. Her apartment is befitting of a femme fatale, as are the designer clothes scattered across her bedroom. The city is perfect for someone with such a laissez-faire attitude to her personal life, while still desiring the finest food, fashion and art that France has to offer. Did Villanelle’s often exasperated handler Konstantin have a hand in picking this location? It’s discreet enough for her to remain anonymous, yet close enough to give her an escape route – via the Eurostar terminal at Gare du Nord – when the heat is on. 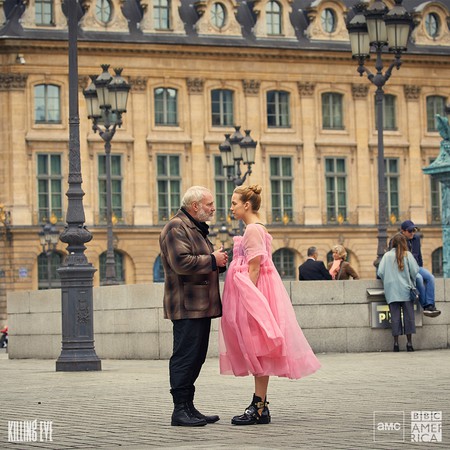 It was inevitable that Villanelle would eventually track Eve to London. The pair share a mutually destructive bond that keeps bringing them together, often with cataclysmic consequences for everyone around them. Although there isn’t much time for sightseeing, Villanelle would feel perfectly at home in east London, and we’re sure this guide to hipster’s paradise Shoreditch is just what she would be after. With her ability to disguise herself by simply popping on a pair of oversized glasses, she’d blend right in. 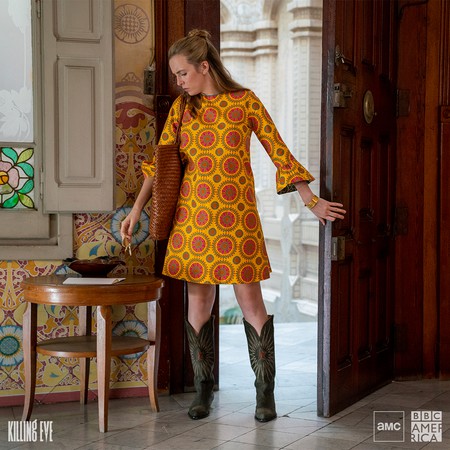 Make no mistake, for all her charm and quirkiness, Villanelle is still a cold-blooded mercenary who will kill anyone who gets in her way. We slowly learn more about the assassin’s past throughout the course of the series – her real name is Oksana Astankova – and she shares a fascinating history with Berlin, the scene of perhaps her most shocking murder. Comer has described the outfit she wears in the scenes set in a nightclub here, a Dries Van Noten printed suit, as her favourite, and the character certainly knows her way around the nightspots of Berlin. Only a city as liberated as this would allow someone into a club wearing grubby Doc Martens. 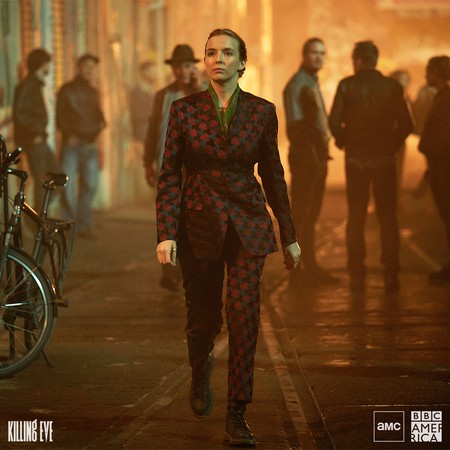 Taking no prisoners in Berlin, in a Dries Van Noten printed suit and Doc Martens | Courtesy of BBC America

Speaking of liberated cities, we now find ourselves in the Red Light District of Amsterdam. One thing the series does exceptionally well is avoid too many visual clichés, and this is particularly true of the Dutch capital. We glimpse some of the canals, cafes and carnal sins the city has to offer, but also explore the cultural side when Villanelle and Konstantin take a trip to the Rijksmuseum on Museumstraat. This is one of the must-see museums in Amsterdam, where one of the works of art makes a lasting impression on Villanelle who leaves more clues for Eve to follow. 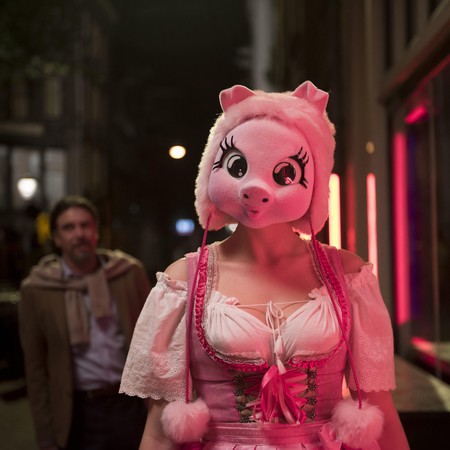 The climax of season two takes place among the ancient ruins of Rome, a fitting finale given that we have seen Villanelle travel from Tuscany to the Italian capital over the course of the series. The cobbled streets add atmosphere to the scene of the dramatic confrontation between Eve and Villanelle, where only one woman will be left standing. You get a sense of Rome having some of the comforts that Villanelle has been missing since leaving her apartment in Paris, not least a number of incredible vantage points from which she can fend off any would-be threat. 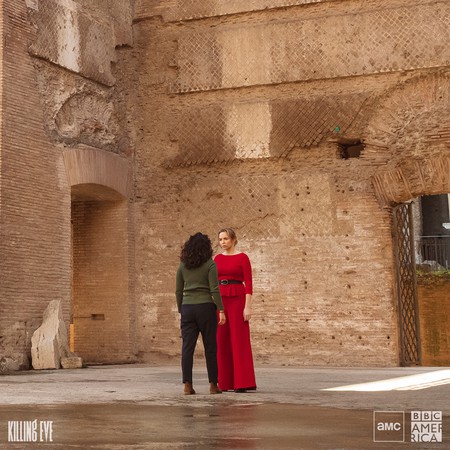 Villanelle’s new home in series three is more refined than some of her previous apartments, but it’s no less impressive. The Moorish influences in tiles and pillars of the Barcelona flat are eye-catching. Of course, many tourists visit the city to take in the popular tourist attractions, but that’s not where we expect to find Villanelle. Perhaps she will finally settle down here, though, and try her hand at cooking some of the world-famous traditional Catalan cuisine. 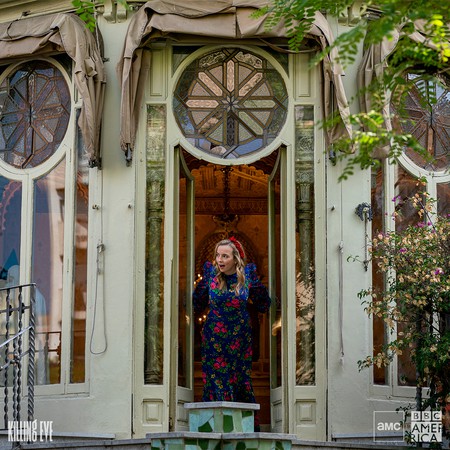 Villanelle in her Barcelona apartment | Courtesy of BBC America