Is Gender Neutrality Putting the French Language in 'Mortal Danger'? 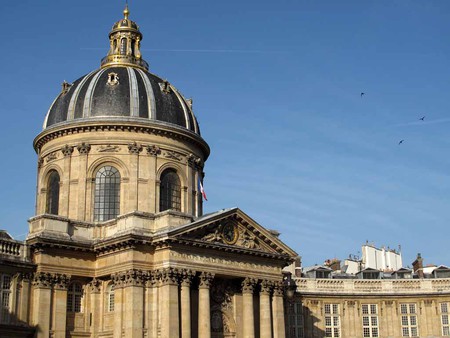 The Académie Française in Paris declare the French language to be in ‘mortal danger’ due to the inclusive language of gender neutrality. But are the worries ill-founded?

Though its rulings are only advisory, the Académie Française is a council seen as the official authority on all matters pertaining to the French language. It was officially established in 1635 by Cardinal Richelieu, the chief minister to King Louis XIII.

The latest perceived threat in a stream of offenses – that had previously included the worrying Anglicisation of the French language – is the inclusive language of gender neutrality. 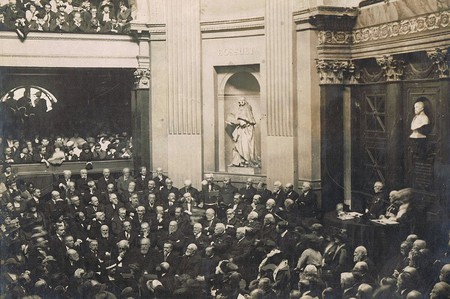 The Académie Française circa 1922 | © Anonymous/Wikimedia Commons

The aim of gender neutral language is to promote gender equality and reduce sexism, achieved by neutralising any reference to gender or sex. This includes things like using the pronoun ‘they’ instead of ‘he’ or ‘she’, and using words such as ‘actor’ for persons of any gender. Similarly, in some Spanish-speaking circles the defining letters assigned to each gender – such as ‘a’ for feminine and ‘o’ for masculine – have been replaced with the letter ‘x’, resulting in gender-neutral words, for example ‘Latinx’ and ‘Chicanx’.

While such gender-neutral language has become standard practice in both journalistic and academic writing in the English-speaking world, it has not been so easy to implement it in other languages.

It’s a difficult change to work around in languages like French – and many others that rely on grammatical gender, such as Spanish, German, Portuguese, Russian, Greek, the list goes on. This is because their grammar gives all nouns a masculine or a feminine gender, unlike English that usually only needs gender when referring to biological sex (for example, ‘woman’, ‘boy’, ‘lady’ and so on).

While French texts have previously only included the masculine form of nouns, like citoyen (citizen) and consommateurs (consumers), a move towards inclusive writing would require a complex and somewhat ‘confusing’ string of options that include all possible feminine and plural forms: citoyen.ne.s, and consommateur.rice.s.

The Académie describes these moves – to put all the masculine and feminine forms of nouns into the text – as an ‘aberration’ which ‘now puts the French language in mortal danger for which our nation will be accountable to future generations.’ They issue a ‘solemn warning’ to the government for these moves to be revised.

‘The multiplication of the orthographic and syntactic marks that it induces leads to a disunited language, disparate in its expression and creates confusion which borders on illegibility’, they say. ‘It is unclear what the goal is and how it could overcome practical obstacles of writing, reading – visual or aloud – and pronunciation.’

The recent controversy around inclusive writing was sparked when the French publishing house Hatier decided to rewrite a school text book using inclusive gender-neutral writing. Yet supporters of this form also insist on instilling a gender-equal mindset from an early age, rewriting school textbooks in order to inspire a gender-equal future.