The Story Behind The Salon Du Chocolat 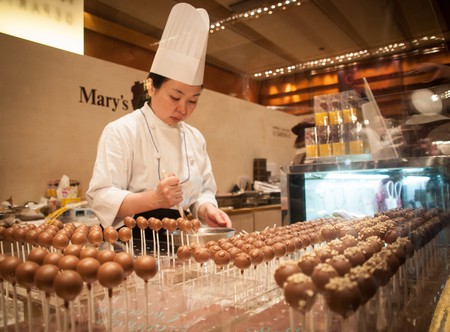 Who doesn’t love chocolate? That feeling of happiness after we eat it, the smell, the taste. The Salon du Chocolat makes us dream, with its fashion show of fine dresses made from chocolate, its famous Pièce Montée en Chocolat (chocolate installation) and its chocolatiers from all over the world. This fascinating event has a long history behind it, and for a full picture of how it all began, we interview public relations guru for the Salon du Chocolat, Robin Beau.

The Salon du Chocolat came to be in 1994, thanks to Sylvie Douce and François Jeantet’s idea at a dinner party. They wanted to create a trade show about chocolate for professionals and the public. At that time they didn’t have a lot of connections in the chocolate industry, but decided to travel around the country and start building a network.

The first edition was in 1995; 20 chocolatiers were invited and the concept was a success. The following year, they explored the idea of a fashion show entirely made out of chocolate. The project brought together famous chocolatiers and renowned fashion designers, and by 1998 the chocolate-fashion show toured internationally for the first time, starting in NYC, followed by Tokyo in 2000, Moscow and Beijing in 2005, Brussels in 2010, and London in 2013; Dubai and Seoul are planned for next year. 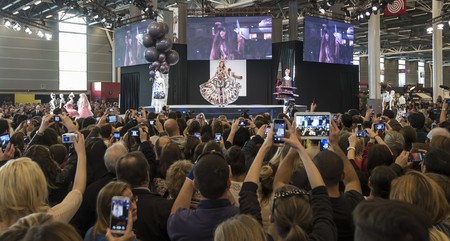 What is the concept behind the Salon du Chocolat?

The concept is to invite chocolatiers and chocolate producers from all over the world, to understand where chocolate comes from and what the process to making great chocolate is, putting the producers in the spotlight as well and not only the famous chocolatiers. During the fashion show we invite celebrities and models; we organize masterclasses by the biggest chocolatiers in Paris, France and sometimes overseas. 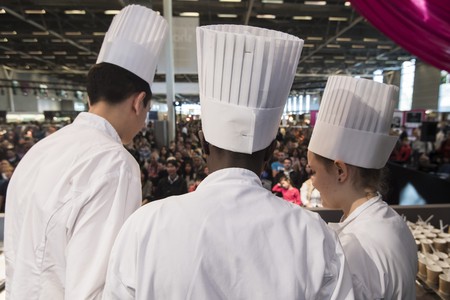 What is this year’s main theme?

In 2014, we had the 20th anniversary and this year we are highlighting cocoa, its role, its history, social and economic matters, and health benefits. We want to promote chocolate from around the world and let the public discover chocolate they cannot normally buy. Big names as well as small local producers from all over the world are featured. Last year was the ‘return of white chocolate’. This year, ‘back to chocolate’ focuses on cocoa. It is also the first time for the Salon du Chocolat Junior, catered to children. The aim is to promote important chocolate producing countries such as Bolivia, Venezuela, Peru, as a means of creating social awareness and social responsibility. Chocolate can be a gift, a pleasure and also a social interaction and progress. 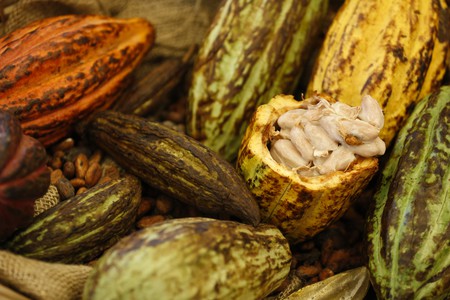 We make the people responsible for what they are buying. We are transparent about where it comes from, the social and political issues. The history of chocolate is important; it began in Mexico, it was used as means of bartering and medicine, referred to as the drink of the gods. After Cortez arrived it became a social thing, and a luxury item, now it’s available to all. Queen Isabella [of Spain] was the first to use it socially in Europe.

It was really a medicine: the cocoa beans bring benefits to your body. It is the fruit of the gods, whose power had crossed the oceans to bring people together, and the chocolate show is uniting the world of planters and chocolatiers. There is innovation in chocolate every year. It is always in constant exchange.

How did you get involved?

My story is I had a friend who worked at Salon du Chocolat, when I came back from Chile, I was more and more inspired by the history. I had a passion for chocolate before this job, when I started this job it became even more passionate. You never see chocolate as the way you saw it before, you don’t have the same view of chocolate. Flavors, textures and even tendencies that you can pair it with. It’s like a big family that extends to all over the world and it is a very warm atmosphere. It’s for everyone!

And so it seems, wherever you go, the people in the chocolate world, are welcoming. Robin tells the story of when he went to Mexico, visited the museum of chocolate with his family and the manager told him to come back the next day so he could take them to the chocolate farm. It was a wonderful experience.

‘With [a] background [in chocolate] you meet people who are really proud of their product. In this world, you always meet people of passion and that is really important,’ Robin concludes with a smile and laugh that has ‘I love my job’ written all over it.

There were 220 exhibitors in Paris, at the 2016 Paris Expo Porte de Versailles. Throughout its 20-year history, Salon du Chocolat has traveled to 29 cities, with an estimated 6.4 million visitors, and 8,000 participants.