How To Spend a Day on the Champs-Élysées, Paris 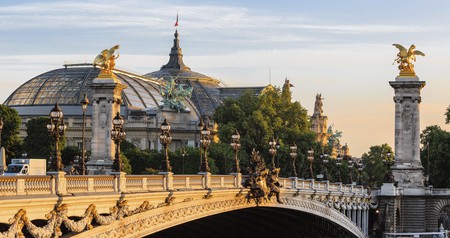 The 8th arrondissement is one of the most famous districts of Paris, but there’s so much more to the area than designer stores and the Arc de Triomphe. From scientific museums to stunning nights of Parisian cabaret, see Culture Trip’s recommendations for how to spend a day on the Champs-Élysées. 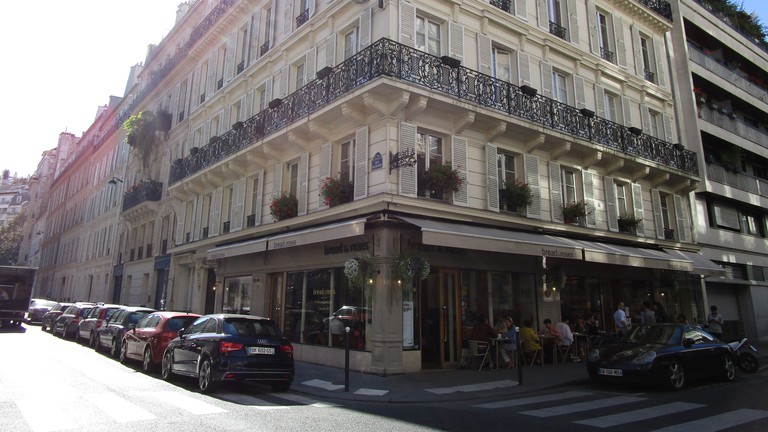 Start your day with petit dejeuner (breakfast) at Bread & Roses. With a small but delicious breakfast menu, focused mainly on specialities from their boulangerie, it’s a perfect place to take in the famous cobblestone streets before the crowds of people take them over. The croissants and brioche are particular crowd-pleasers.

Cafe, Restaurant, French, $$$
Facebook
Email
Twitter
Pinterest
Copy link
Share
Map View
If you’re visiting on the weekend, make sure you check out the brunch selection at Le Café des Lettres. Offering a buffet at an affordable price, you’re able to choose between brunch items like bacon, scrambled eggs and sautéed potatoes. While the menu isn’t groundbreaking, it’s a popular spot with a cosy atmosphere. If you don’t fancy sitting inside the restaurant, opt for the heated terrace instead.
Open In Google Maps
52 Rue de Miromesnil, Paris, Île-de-France, 75008, France
+33145441469
Give us feedback

See the best views of Paris at the Arc de Triomphe

If you want to see the Arc de Triomphe – it’s probably one of the main reasons you’re headed to the Champs-Élysées – head over when access opens to the public at 10am. For a small fee and the effort of climbing up 280 stairs, you’ll gaze upon one of the best panoramic views in Paris. If you’re not into heights, there’s still plenty to see at ground level. The four pillars depict some of France’s greatest military victories, and you’ll be able to see the Tomb of the Unknown Soldier lit by an eternal flame. 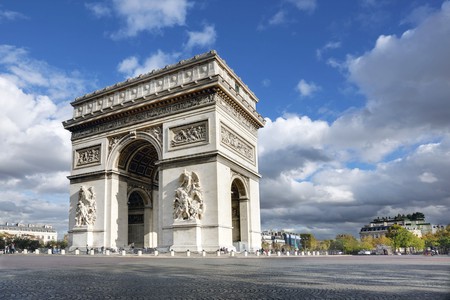 The Arc de Triomphe, Paris, offers some of the best of views of Paris | © Brian Jackson / Alamy Stock Photo

While there’s plenty of shopping to be done on the Champs-Élysées, the stores are less quirky Parisian boutiques and more huge versions of chain stores. However, there are some standouts: the massive flagship Sephora, the Guerlain store, which has been on the Champs-Élysées since 1914, and Ladurée for those with a sweet tooth – expect to wait in line though if you want to dine in the iconic mint-green restaurant. It’s also worth swinging past the Louis Vuitton store, which is listed as a historical monument – there’s always a fantastic window display (though, again, be prepared to wait in line if you actually want to enter the store). 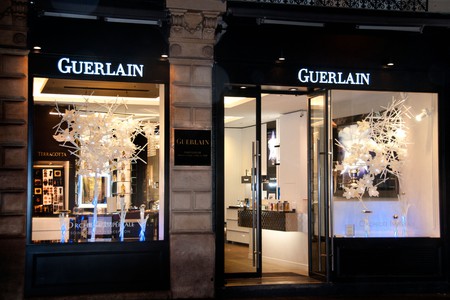 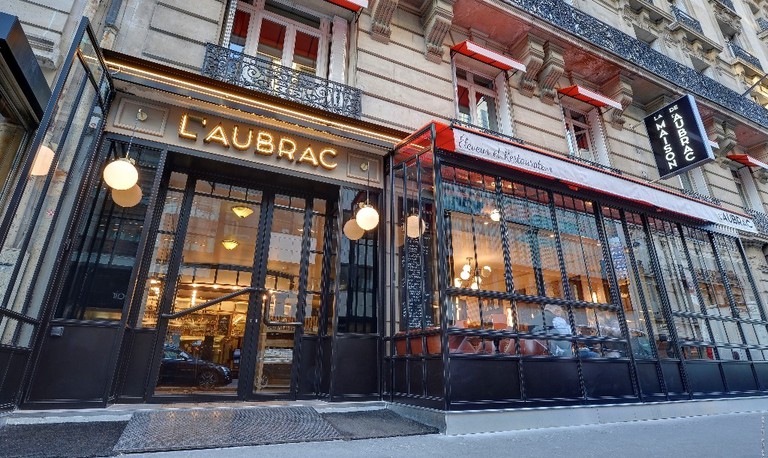 La Maison de l'Aubrac is a meat lover's paradise | © La Maison de l'Aubrac
Book Now
After a morning of window shopping, fuel up with lunch at La Maison de l’Aubrac. This bistro does one thing, and they do it well, serving up quality cuts of meat. Known as one of the most famous meat restaurants in Paris, it offers good food at a reasonable price, especially considering the location.
Open In Google Maps
37 Rue Marbeuf, Paris, Île-de-France, 75008, France
+33143590514
Visit Website
Give us feedback 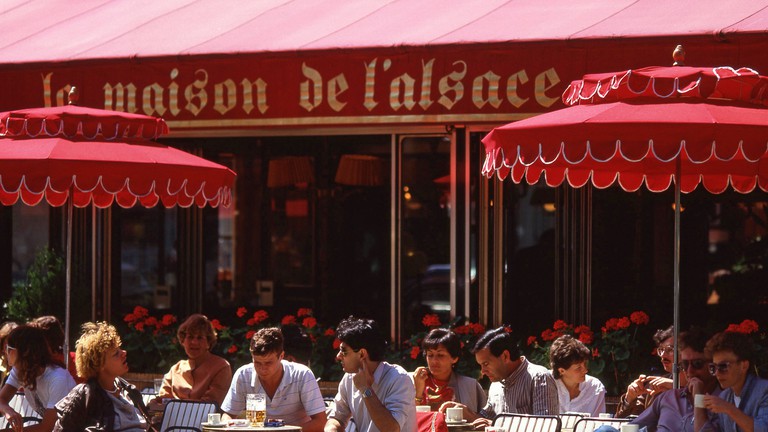 La Maison de l'Alsace in Paris attracts patrons around the clock | © Greg Balfour Evans / Alamy Stock Photo
Book Now
For another traditional French-dining experience, try L’Alsace. The legendary restaurant, founded in 1968, offers a reasonably priced prix-fixe menu that includes an entrée, main and dessert. With a wide selection of seafood and fish, you can also choose from an à la carte menu that includes items like clam, crab and lobster, as well as meat options like beef tartare. Open 24 hours a day, seven days a week, the restaurant can get busy during peak hours due to shoppers and tourists.
Open In Google Maps
39 Avenue des Champs-Élysées, Paris, Île-de-France, 75008, France
+33153939700
Visit Website
Give us feedback

Take in an exhibition

After lunch, take a break from shopping to give your wallet a little bit of relief and expand your senses by checking out a museum or two. Le Grand Palais and Le Petit Palais are both within walking distance, as is the Palais de la Découverte, a museum focused on science with interactive displays that are fun for all ages. In 2000, Le Grand Palais was designated a historic monument, and it hosts many exhibitions, including the Chanel fashion shows. 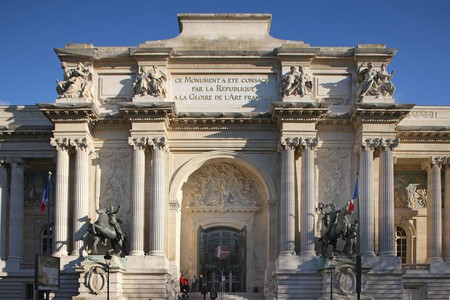 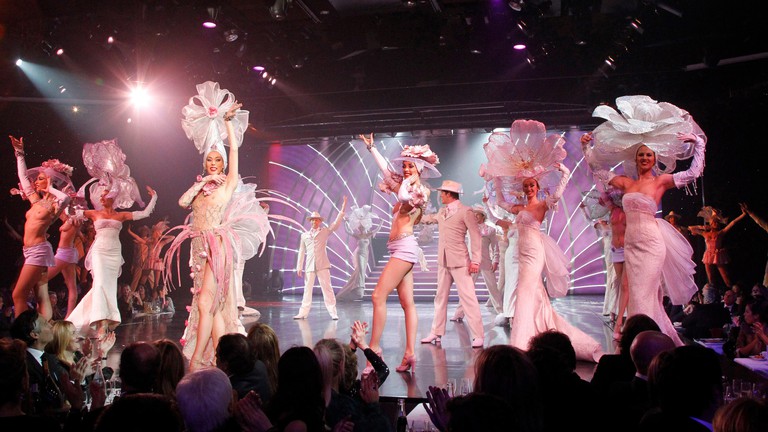 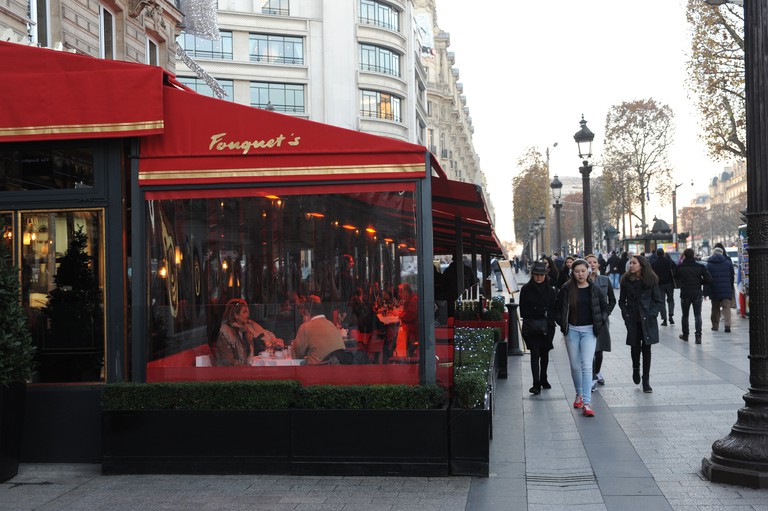 For a spectacular dinner sans showgirls, go for a decadent meal at Le Fouquet’s. A real Paris institution, the brasserie, founded in 1889, hosts dinner for the Cesar Awards every year. Though the menu is on the pricier side, the restaurant is known for serving delicious food like Fouquet’s devilled eggs, served with avocado and tuna. However, make sure you book well in advance!

If you’re searching for an affordable meal on the Champs-Élysées, swing by Doobie’s, which serves a small menu of Parisian staples like beef carpaccio and magret de canard. The restaurant turns into a cosy late-night hang-out spot at midnight when a DJ takes to the decks.

The Freedom Pub may not be as upscale as some of the other bars on the Champs-Élysées, but it should be your go-to place if you’re after a fun, unpretentious night out. The English-style pub is an ideal spot to visit with a group of friends for a couple of beers. Serving up traditional pub food, it offers a selection of burgers and beers from different parts of the world.