How to Spend 24 Hours in Goutte D'Or, Paris 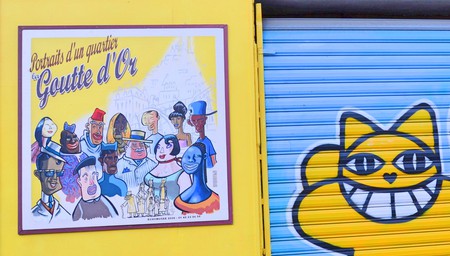 In 2016, France was again the world’s most visited country and Paris was travelers’ top choice for a 24-hour vacation. A single day and night is plenty of time to discover one of the city’s up-and-coming neighborhoods like Belleville or Goutte d’Or, which is rapidly fulfilling the promise of its name (golden drop). Paris’ very own Little Africa boasts delicious coffee, a lively market, and surprising perspectives on the Sacré-Coeur.

Check into the Kube Hotel Paris

Whether you’re arriving on the Eurostar or by plane and traveling into the city on the RER B, Goutte d’Or is conveniently close to Gare du Nord. The neighborhood is still in the early days of regeneration so the choice of high-end hotels isn’t exactly overwhelming. That being said, the sharp operators behind the Kube Hotel Paris clearly recognized the area’s potential when they chose one of its quiet side streets for their latest venture. This 4-star, 40-room boutique hotel also has a tapas restaurant and Paris’ only ice bar. 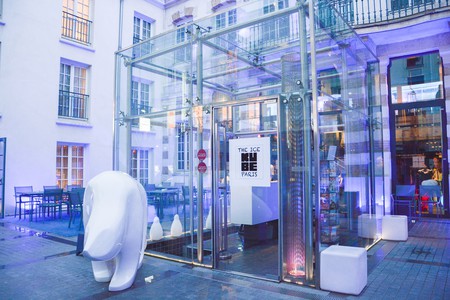 Grab brunch and a cup of coffee at Café Lomi

Café Lomi, one of the finest home-roasting establishment in the city, is a 10-minute walk from the hotel along the Rue Marx Dormoy, which marks the boundary between Goutte d’Or and La Chapelle a.k.a. Little Sri Lanka, and the Rue Ordener, home to a street art wall hundreds of meters long. In addition to a menu stacked with delicious bites and brews, Lomi has a school for the baristas of the future and a shop stocked with bags of your new favorite coffee varieties. In the summer, the Grand Train across the road is another great place to hang out. 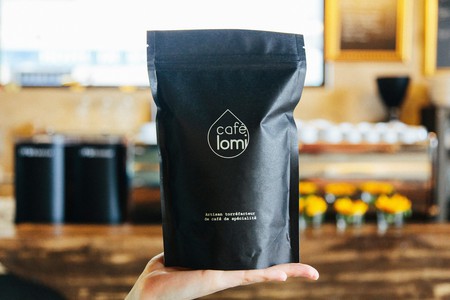 A bag of coffee │ Courtesy of Café Lomi

Head a couple hundred meters south from the café along the Rue Stephenson and you’ll arrive at the Institut des Cultures d’Islam, which is free to enter and open from 1PM Tuesday to Thursday, from 4PM on Friday, and all day at the weekend. Opened in 2006, this cultural center combines exhibition spaces, workshops, cafés and outdoor terraces, and a hammam. Its aim is to promote the creation and appreciation of contemporary culture from the Muslim world and past shows have focused on Turkish dervishes, the Tunisian and Egyptian revolutions, and the thriving city of Dakar. 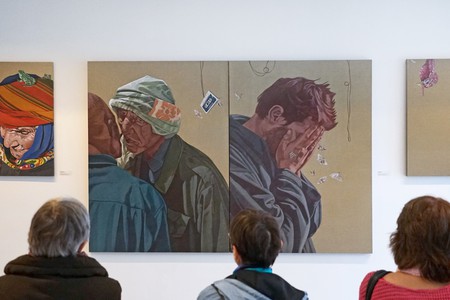 Enjoy an apéro at Olympic Café

There are several neighborhood bars nearby but the Olympic Café is our pick. Once a popular ballroom, it’s now split into a reasonably priced restaurant and bar upstairs, perfect for cocktail hour libations, and a concert venue down below where most nights you’ll find live music. Your walk back towards the hotel and the thick of the Goutte d’Or action will also take you past the Square Léon and the Église Saint-Bernard de la Chapelle. 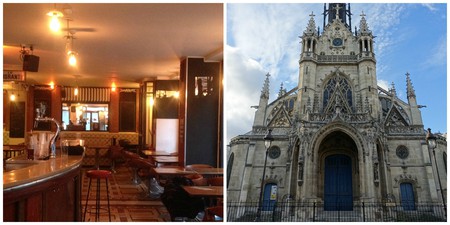 Have dinner at Brasserie Barbès

For dinner, the liveliest spot around is Brasserie Barbès. Opened in the spring of 2015, it is spread over the four floors of a gleaming white building opposite the Barbès-Rochechouart metro station. The menu features updated versions of brasserie classics (expect butternut squash chips in the place of pommes frites) and a healthy number of seafood dishes. Perhaps the best thing about this place, however, is being able to sit back and watch the traders, shoppers, and happy-go-lucky dawdlers of Goutte d’Or through the windows of the first-floor dining areas and from the rooftop terrace.

Lively, light, and ‘très français’ – our third #PFW insider tip, Brasserie Barbès (2 Boulevard Barbès) deserves at least one visit when you’re in Paris. Eat, drink and dance on one of the three floors until you’re ready for a new day filled with shows. #mytfashionweek #mytheresa

Finish the night at FGO-Barbara

Brasserie Barbès remains open till 2AM (though kitchen service ends at 11PM) so you could happily close out the evening there. However, if you’d rather see more of what the neighborhood has to offer then try the FGO-Barbara. While most of the events and exhibitions at this cultural center, which specializes in contemporary music, are on during the day and early evening, there are regular club nights that go on well into the early hours. For a quieter night, you could catch a flick at the Louxor, where Art Deco and Ancient Egyptian design have been blended to astonishing effect. 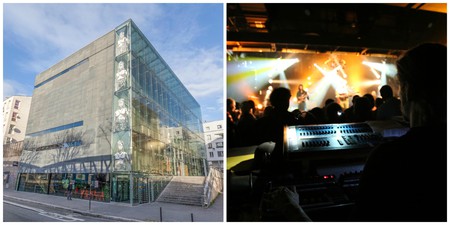 Unless you have the misfortune of waking up in Goutte d’Or on a Monday, you’ll be able to visit the Marché Dejean which is in full swing between 9AM and 12:30PM. This isn’t your average Parisian food market, rather its produce serves the cuisines of countries like Cameroon, Senegal, and the Côte d’Ivoire. Once you’ve had your fill of the sights and scents of the market, you might want to head two minutes along the Rue Myrha to La Régulière. This pretty bookshop sells novels, coffee table books, and comics, has a coffee corner, and hosts exhibitions and workshops. 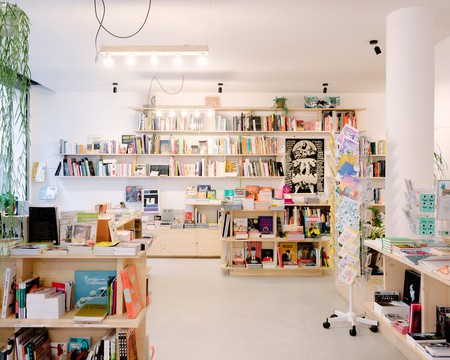