How to Kill Time at Charles De Gaulle and Orly Airports 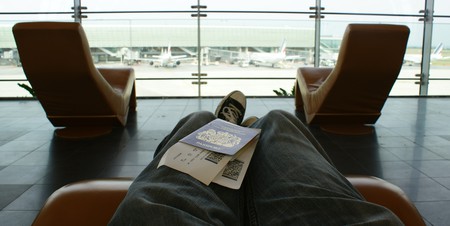 You don’t need to take the hour-long train ride into Paris to maximize a lengthy layover or delay at one of the city’s airports. In any case, you’ll need at least seven hours to do this without giving yourself anxiety sweats. Storing your luggage with Bagages du Monde for €7 is a good idea if you want to explore their cafés, restaurants, cinemas, arcades, spas, luxury lounges, and shops.

One of the best ways to kill time in an airport is with some retail therapy. Of course, depending on the shops you go in, your bank account might not agree. Paris’ airports live up to the city’s reputation as the fashion capital of the world and their shopping and duty-free options are impressive. Terminal 1, 2C, Halls L and K of 2E, and 2F offer the best of it at CDG and the stores are evenly spread between Orly Sud and Ouest. Be sure to look out for exclusive deals on French fragrances and cosmetics.

Grab something to eat or drink

Likewise, there’s no shortage of restaurants, bars, and cafés to be enjoyed. A popular choice for breakfast, lunch, or afternoon tea is the Ladurée Restaurant in Terminal 2F at CDG and Orly Ouest. This traditional Parisian tea house is most famous for its macarons, which can also be boxed up for your onward or homeward journey. For something more substantial, try Brasserie Flo in Terminal 2F at CDG or CUP (Cuisine Urbaine Parisienne) in Orly Sud. The Galaxy Bar at the Sheraton Paris Airport Hotel at CDG is a great shout for a cocktail. 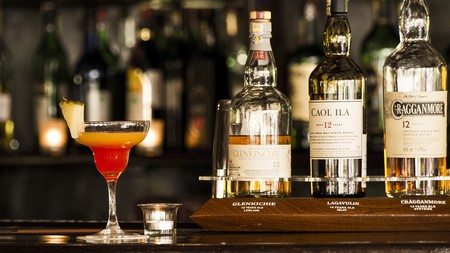 Do some plane spotting

There’s never any harm in stating the obvious, is there? As the second busiest airport in Europe with 65 million passengers annually, there are plenty of planes to watch landing, taxiing, and taking off at CDG. The windows preferred by local plane enthusiasts are on the lower levels of Terminal 2F. At Orly, the best place to head is the rooftop of Terminal Sud, which is seven floors up and offers unimpeded views of the runways. 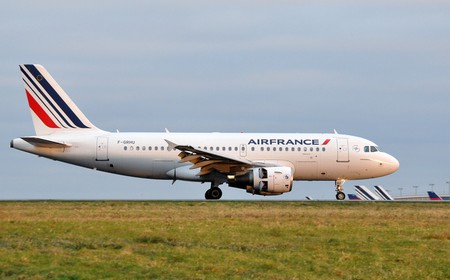 Halls L and M at Terminal 2E of CDG have just been kitted out with video lounges in which stressed-out travelers can unwind. Designed in partnership with Sony, they are equipped with comfy couches that have built-in sound systems and 3D/HD screens. For no charge, you can enjoy the latest cinema releases and TV series. In time, there will be 11 lounges spread over the airports’ terminals so keep your eyes peeled for them! Whenever there are international sporting events on, such as the Tour de France, Le Mans or the UEFA European Championship, the airport provides pop-up screening rooms.

Have a spa treatment

At the Be Relax spa in Terminal 2E of CDG, you can de-stress with massages, acupressure, reflexology, manicures and pedicures, and facials. There are smaller kiosks in Terminals 2A, 2C, 2F and 2G. Orly has a beauty salon in Hall 2 of Terminal Ouest and massage chairs in both terminals. Unless you are flying business or first class with Air France, KLM or Skyteam, you won’t have access to La Première Lounge in 2E of CDG but €50 will get you into the Arrivals Lounge in 2C, where you can shower, take advantage of the buffet, and enjoy unlimited Wi-Fi. Between 10AM and 5:30AM, it goes down to €35. 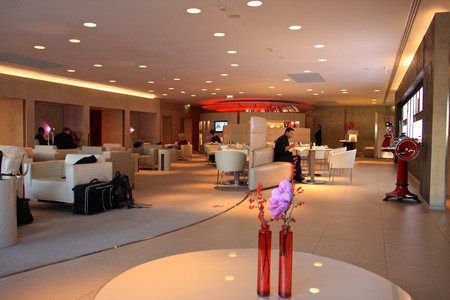 There are Gulli soft play areas in Terminals 1, 2A, 2C, 2E and 3 of CDG and in halls D, E, and G of Orly Sud and interactive, Disney-themed spaces for older children in 2E and Orly Sud and Ouest. You can listen to your iPod or free radio stations at the Espace Musique in 2E and play PlayStation 2 and 3 for free in most of the airports’ terminals. CDG also has six gaming arcades (Hall L and K of 2E and 2G) and Orly has two (Hall 4 of Ouest and Salle 433 of Sud). Tactile gaming centers and free pianos are also everywhere. 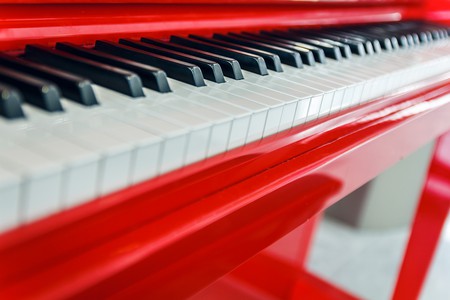 Obviously, the best thing to read while you are waiting for your flight is the same thing as you’re reading right now: Culture Trip’s award-winning content. But let’s imagine for a moment that your laptop or cell phone battery dies and you can’t get access to a socket and yet you are desperate to keep reading. In this scenario, you can turn to Paris Aéroport’s magazine, Paris Worldwide, for some decent distraction. It’s published every two months and features articles in both English and French on goings-on in and around the capital.

In 2013, CDG welcomed the Espace Musées, a 250-square-meter exhibition space in Hall M of Terminal 2E that showcases work from the collections of Paris’ most respected museums. There are two exhibitions per year and previous examples include Paris in the 1900s, put together with the help of the Petit Palais, Travel is Art, with pieces from the Musée des Arts Décoratifs, and Reinventing elsewhere with the participation of Sèvres – Cité de la Céramique. If you mistakenly bypassed the gift shop of a museum in Paris, you can always pick up a cultural souvenir at the Musées de France nearby.

Check out the architecture

Of Paris’ two airports, Charles de Gaulle is the more interesting architecturally, not least because unlike other major international airports it is the product of a single vision, that of Paul Andreu. Planning and construction of his initial avant-garde design for Terminal 1 began in 1966 and the round, 11-storey building, inspired by octopi, was inaugurated on March 4, 1974. Since then it has been given a €370 million makeover and the more modern buildings of Terminals 2 and 3 have added many features of note, including moving sidewalks encased in glass tubes, curved concrete walls, and endless glass ceilings. 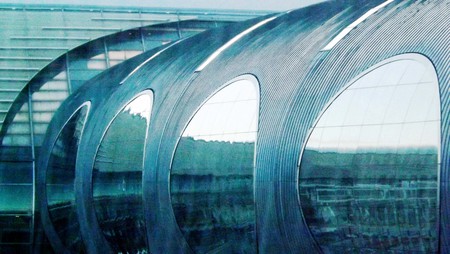 You can access Wi-Fi in all of the airports’ terminals and there are numerous Multimedia Terminals which provide digital photo printing, webcam, and music download facilities. However, Orly is taking working while traveling to a new level with its dedicated Espace Business in Hall 2, Lounge 20. Business travelers can boost their productivity by using its internet services, scheduling meetings in its dedicated spaces, networking with other like-minded travelers, and attending information sessions. Every week, a different startup is invited to present its activity and create potential business opportunities.