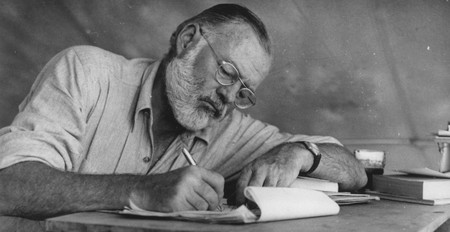 ‘A Room on the Garden Side,’ a previously unpublished story by Ernest Hemingway set in Paris’s Ritz hotel, has been printed in The Strand Magazine’s summer edition. Referencing war, death, books and wine, the story is built upon familiar thematic pillars of Hemingway’s prose.

Written in 1956, Ernest Hemingway’s ‘A Room on the Garden Side’ has been “hiding in plain sight,” according to Strand Magazine’s editor Andrew Gulli. Though never published in print, scholars and students have had access to the wartime story manuscript at the Library of Congress in Washington DC for years.

Set in Paris shortly after the Nazi occupation, the story is narrated by a departing soldier named Robert, who shares Hemingway’s own nickname, ‘Papa.’ “The character based upon Hemingway is in the Ritz hotel after Paris has been liberated with a bunch of other soldiers,” says Gulli. “They’re talking about books and about reading, even Edgar Allan Poe is mentioned in the story.”

Groups of gregarious soldiers discussing books over carafes of wine is familiar territory for Hemingway. So too is the Ritz hotel’s plush walkways, which feature in Hemingway’s acclaimed 1926 novel The Sun Also Rises. What makes this story different is the way it channels “Hemingway’s love for the city of Paris,” says Gulli. “He wrote this in the mid-’50s and was probably remembering some of his great adventures and experiences.” 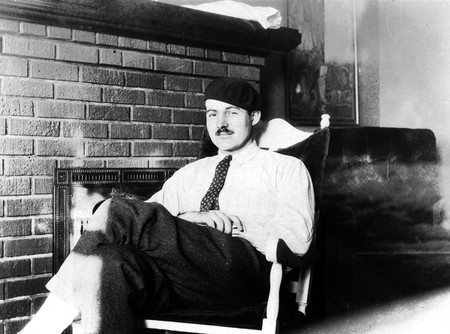 ‘A Room on the Garden Side’ is not the first of Hemingway’s works to be published posthumously. Most notably, A Moveable Feast, the writer’s memoir of being a journalist in 1920s Paris, was released several years after his death in 1961. ‘A Room on the Garden Side’ is also one of five stories he wrote about World War II in his final years, drawing from his experience as a wartime correspondent.

The Strand Magazine, which printed the story, is a quarterly literary journal publishing both classic and contemporary fiction, as well as critical reviews and interviews. Known for resurfacing neglected literature, the Michigan-based quarterly has featured previously unpublished works from literary greats including Mark Twain, Tennessee Williams and HG Wells.

Beyond adding Hemingway’s name to the magazine’s list of literary maestros, it was the quality of writing that pushed Gulli to publish. “[It’s] a well-constructed story,” he explains. “I would have published it even if Hemingway didn’t write it.”