The engineer, architect and entrepreneur Gustave Eiffel is primarily known for his iconic contribution to the Paris cityscape. His bridges, domes, train stations and other structural feats have had a lasting influence on subsequent construction projects, and exist as enduring examples of revolutionary 19th century design. 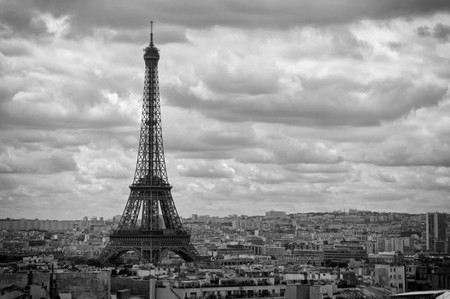 Presiding over the sweeping Champ de Mars in Paris’ seventh arrondissement, the Eiffel Tower is certainly one of the most iconic buildings of the modern period. The iron lattice tower, with it’s wide spreading decorative arches, embellished ironwork and soft curve of its four supportive girders sits in elegant harmony within the symmetry of the surrounding landscape. About his masterpiece, engineer Gustave Eiffel stated:

“Can one think that because we are engineers, beauty does not preoccupy us or that we do not try to build beautiful, as well as solid and long lasting structures? Aren’t the genuine functions of strength always in keeping with unwritten conditions of harmony? … Besides, there is an attraction, a special charm in the colossal to which ordinary theories of art do not apply.”

The harmonious structure is today recognised as a symbol of beauty and Romance, representing the more intimate side of the city of lights. However when plans for the tower were announced, which was to serve as an entrance to the 1900 World’s Fair in Paris in celebration of the 100th anniversary of the French Revolution, the news was not well received. The protective public worried that the tower would detract from the the historic beauty of their prized city. In response, an artists’ protest, comprised of a committee of 300 and led by distinguished architect Charles Garnier, sent a petition to the Minister of Works and Commissioner for the Exposition stating: 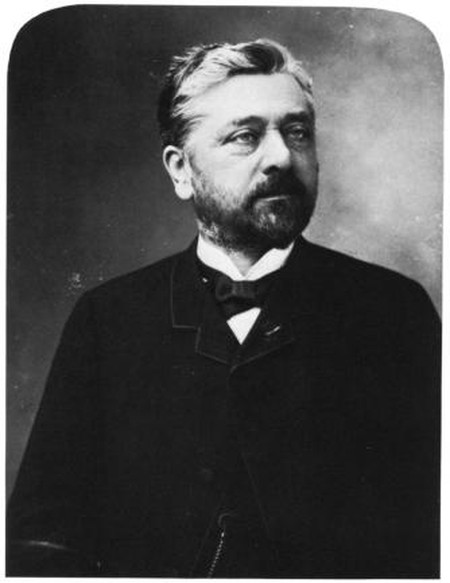 “We, writers, painters, sculptors, architects and passionate devotees of the hitherto untouched beauty of Paris, protest with all our strength, with all our indignation in the name of slighted French taste, against the erection…of this useless and monstrous Eiffel Tower…”

Although some changed their opinion of the tower once it was built, many maintained that the iron pyramid was distinctly unappealing. With the original plans drawn up by Maurice Koechlin and Emile Nouguier, engineers at the Compagnie des Establissement Eiffel, Gustave Eiffel was initially uninterested by the project. However when further embellishments were added to the design, Eiffel bought the rights to the structural plans, and entered the tower into a competition to determine the design for the entrance structure to the world’s fair. The vote was unanimous, and the Tour Eiffel was built during the two years that followed, finally being erected in 1889.

Although this monumental undertaking was far from the engineering master’s only success, it overshadowed all of his other accomplishments and became more famous than the man himself. The Eiffel tower was revolutionary for its use of iron and rivets, breaking with the masonry architecture that had dominated cities in this period, and for its astonishing height – it was the tallest building in the world at the time of its construction, and maintained the record for 40 years after its erection. Set to be torn down in 1909, the tower was saved when a radio antenna was added to its pinnacle, preserving it as a functional piece of architecture.

Gustave Eiffel was born in Dijon, France in 1832. Following his studies at the École Polytechnique and the École Centrale des Arts et Manufactures (College of Art and Manufacturing) in Paris, he began his career in metal construction with a focus on bridges. He completed his first major project, the iron bridge at Bordeaux, as well as several other smaller structures, before setting up his own company as an independent engineer in 1865. During the late 1860s through the mid 1880s, Eiffel’s major designs included: the arched Gallery of Machines for the Paris Exhibition of 1867, a 525-foot steel arch bridge across the Douro River in Oporto, Portugal, the dome for the astronomical observatory in Nice, France, the Budapest Railway Station, and the metal framework for the Statue of Liberty in New York, USA. 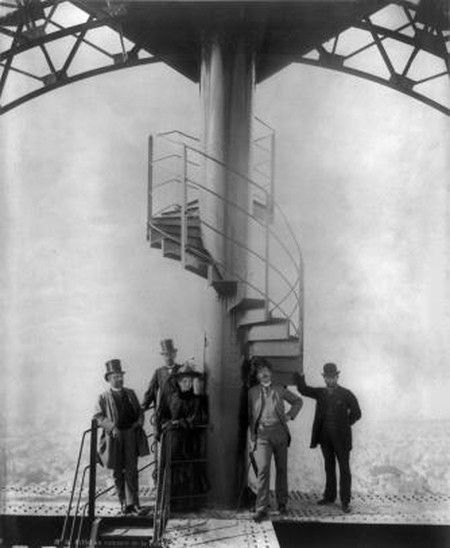 As the engineer’s second most noteworthy endeavor, Eiffel was hired to complete the core design for the Statue of Liberty when the monument’s original designer, Eugène Viollet-le-Duc, died suddenly in 1879. The committee chose Eiffel for his extraordinary understanding of wind stress. The statue was planned and built in Paris and then disassembled to be sent to the United States, where the Americans had constructed a base for lady Liberty.

Although the engineer did continue to work following the completion of the Eiffel tower, he could never compete with his greatest accomplishment. His final engineering feat came when he was contracted to design the locks of the Panama Canal. His work on the canal ultimately led to implications regarding his involvement in a financial and political scandal when the French Panama Canal Company ceased interest payments in 1888. With a tarnished reputation, Eiffel turned his attention towards aerodynamics, a topic with which he had become familiar during the construction of the Eiffel Tower.

In his lab outside of Paris, Eiffel built the first wind tunnel. His experiments would have a major influence on future aviators, among which the Wright Brothers can be named. In the last years of his life, he turned his focus to meteorology, an area he studied in depth prior to his death in 1923.

Gustave Eiffel’s legacy can be felt not only in the over 20 countries where his structures can be found, but also through the great architectural and scientific advancements for which he was responsible. His Eiffel tower has become emblematic of the way that a city can be characterised by a single monument, and its design has been inspirational for all subsequent skyscrapers.