Gertrude Stein was one of the first Americans in Paris to respond with enthusiasm to the 20th century modernist revolution in European art. Alongside her partner Alice B. Toklas, she supported many emerging artists – including Matisse, Cézanne, Braque, and Picasso. For Picasso in particular, this early patronage was vital to his later success. We look at this remarkable friendship between two cultural figures. 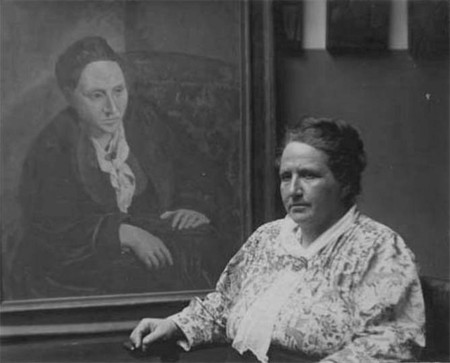 Gertrude Stein and Picasso’s Portrait of her, 1922 | © Christine/Flickrcommons

Gertrude Stein arrived in Paris from America, via London, with her brother Leo in 1903. Leo’s intention was to pursue an art career in Europe. Gertrude – having just dropped out of medical school at Johns Hopkins and struggling to recover from an emotionally draining, destructive relationship – threw herself enthusiastically into the avant-garde world of the Left Bank. Their apartment at 27 rue de Fleurus, in the heart of the bohemian sixth arrondissement, consisted of two stories with an adjacent atelier and it was here that their collection of modern art grew.

Some of the first acquisitions made in 1904 included Gauguin’s ‘Sunflowers’ and ‘Three Tahitians’, Cézanne’s ‘Bathers’ and two Renoir’s. It wasn’t until 1905, after the Salon d’Automne in October, that the first Picasso found its way into the Stein collection.

It was a fairly conventional nude – ‘Young Girl with a Basket of Flowers’ – but it caused considerable friction in the Stein household. Leo loved it, but Gertrude hated it: ‘something rather appalling in the drawing of the legs and the feet, something that repelled and shocked her’. The art-dealer who was selling it, Sagot, wondered whether the problem might not be solved by guillotining off the legs and the feet. The only thing that all three could eventually agree on was that the latter solution would not do. It was only Leo’s persistence and his obvious love for the painting – paired, perhaps, with the fact it was only 150 francs – that persuaded Gertrude to accept it. 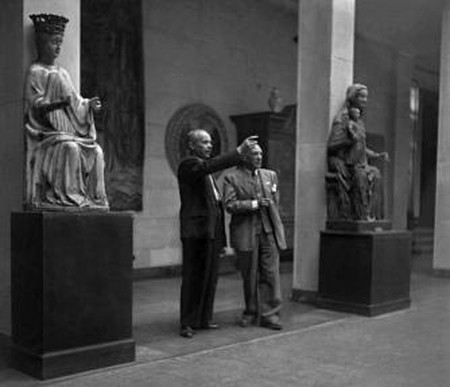 The piece obviously grew on her. It was the start of an extensive, almost unrivalled private collection of Picasso’s work by Gertrude Stein at a time when almost no one else was buying his paintings. Andrea Weiss, in her documentary film and book Paris Was A Woman, has suggested that had Gertrude Stein not started collecting Picasso’s work in those early years, it is possible that Picasso would have remained a struggling artist, swallowed up in the artistic sea that was Paris at the time and continuing to barter paintings. According to Gertrude Stein herself, from 1906 to roughly 1910, the Stein family controlled the Picasso output, since they were the only ones that wanted it. That probably wasn’t an exaggeration and it would certainly seem that, without Gertrude Stein, Picasso’s story would have been very different.

The ‘Young Girl with A Basket of Flowers’ was, however, more than the start of a collection. It was the start of a friendship. Although neither spoke nor read the other’s native language, they managed to form a deep understanding, particularly over art and modernism. In 1905-1906 Picasso painted Gertrude Stein’s portrait in his Montmartre studio: after eighty or ninety sittings, the result – according to their mutual friends – did not resemble Gertrude Stein in the slightest. Picasso’s response was to shrug. ‘Never mind’, he replied, ‘in the end she will manage to look just like it’. Today, it remains one of the most famous portraits that Picasso ever painted. 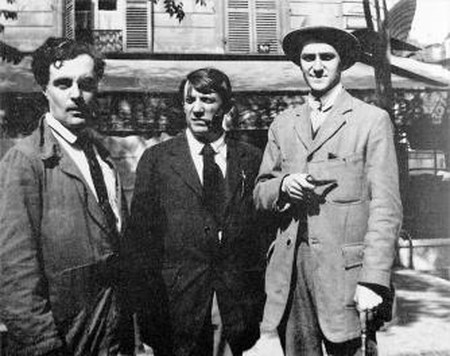 Saturdays were the evenings dedicated to the legendary Stein salon and Picasso first started attending whilst he was painting Gertrude Stein’s portrait. An invitation to the Stein salon was considered a rite of passage into the Modernist movement and every week, after Picasso had finished his painting for the day, he and his lover Fernande would walk across Paris with Gertrude Stein to the rue de Fleurus. The location of this particular perambulation was famed as the place where everybody who was anybody would be gathered to talk about art, literature, and philosophy, perhaps even taking in the ever-growing collection of art in the atelier. It was here that Picasso’s work was seen by a wide audience for the first time – an audience that included Claribel Cone and her sister Etta. The Cones were American art collectors and before long, they too were buying and exhibiting Picasso’s work. It was also here that Picasso was first introduced to Matisse, and the two artists would become lifelong friends as well as professional rivals.

There is considerable evidence to suggest that Gertrude Stein was a major influence in both the career and personal life of Pablo Picasso, yet art historians have, up until now, been reluctant to grant her a prominent place in the story of Picasso and of Modernism. Most of the credit has gone to her brother Leo, who has been lauded as one of the ‘most discerning connaisseurss and collectors of 20th century painting in the world’. Gertrude Stein, as the prominent champion of Picasso, has been relegated to the wings. With the reopening of the Musée Picasso in Paris and with renewed interest in Picasso’s work as a result, now would seem to be a good time to redress that balance. 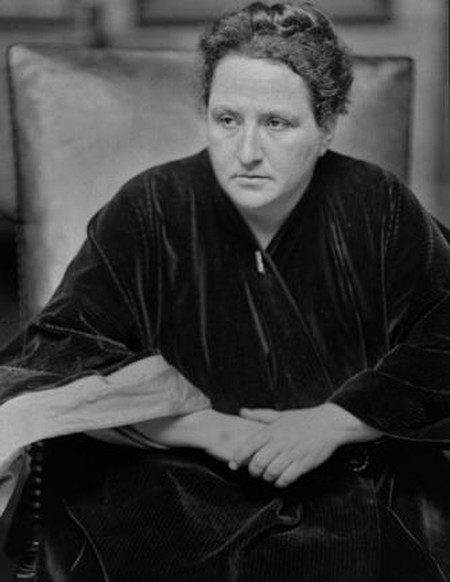 In 1914, Leo Stein relocated to Settignano, Italy, near Florence. The split between brother and sister was acrimonious and Gertrude Stein did not see her brother again for almost thirty years. In the division of their art collection, Leo took sixteen Renoirs but left most of the Matisse and the Picasso to his sister, claiming that ‘the Picasso landscape is not important in any such sense……I am willing to leave you the Picasso oeuvre’. By this time, Gertrude Stein was in a relationship with the woman who would become her lifelong partner, Alice B. Toklas, and they continued to live at 27 rue de Fleurus. The Saturday evening salons continued and Gertrude Stein continued to collect Picasso’s work – although ironically, by 1919 Picasso was giving her paintings for free, since he had become so successful that she could no longer afford to buy them. Her collection from then on concentrated on Picasso and Juan Gris, since most of the other paintings that Leo did not take were sold.