Between the Wars, Paris Was the City of Lesbian Love 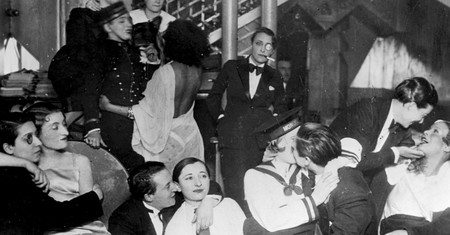 During the second and third decades of the 20th century, Paris was home to a thriving lesbian subculture. In lively bars in Montmartre and elegant apartments on the Left Bank, women who loved women were forging new identities, innovating artistic forms and taking on centuries-old cultural institutions.

If you were a lesbian in Paris in the 1920s or early ʼ30s, on the lookout for love or something more short term, chances are you would have wound up at Le Monocle.

As a woman of means, you might have strode there in a finely tailored tuxedo, a white carnation in your buttonhole, a cigar between your lips and a monocle perched on your cheek, not a strand of closely cropped hair fluttering in the evening breeze; if, however, you came from the lower ranks of Parisian society, and were likewise inclined towards a more masculine attitude and style, your journey to the bar would likely have been more covert – no matter how stiffly the wind blew, it probably never quite explained the blanket wrapped around you from head to toe. But, once inside, every woman was free to sip champagne and dance with whomever she pleased. 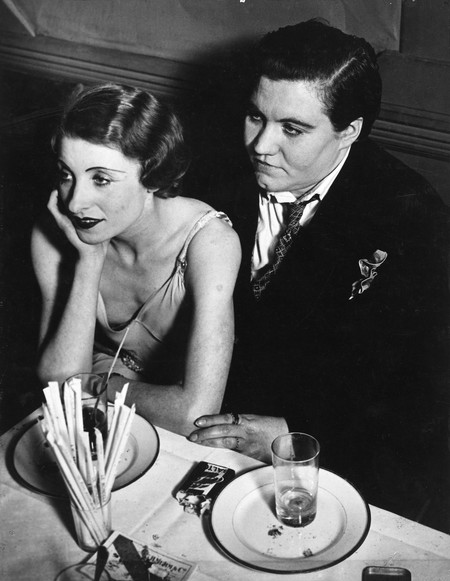 During the interwar years, Paris was among the most liberal cities in the world – not quite as open-minded as Berlin but far more progressive than, say, London or New York – a haven for artists, writers and freethinkers. Against this relatively permissive backdrop, a vibrant lesbian subculture blossomed, out in public, in Montmartre bars like Le Monocle, and in private abodes, more often than not in the swanky apartments belonging to the Left Bank intelligentsia.

Foremost among the elite salons of the day was that of American playwright, poet, novelist and railroad-car heiress Natalie Clifford Barney – or The Amazon, as the poet Remy de Gourmont nicknamed her after she made headlines for riding astride, rather than sidesaddle, as was then customary for women of her standing. From 1909 until her death, in 1972, at the age of 95, Barney hosted her legendary ‘Fridays’ at her home at 20 rue Jacob. There’s not a famous Modernist or lesbian, let alone a lesbian Modernist, living in Paris at that time who didn’t pass through her doors. 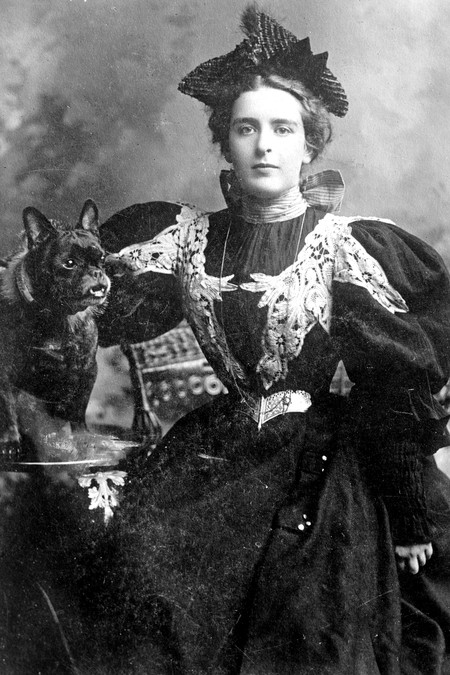 For over 60 years, American expat Natalie Clifford Barney hosted a weekly salon at her apartment on the Left Bank | © Granger / REX / Shutterstock

Regulars at Barney’s soirées included Gertrude Stein and her long-time partner, Alice B Toklas – themselves hosts of a popular salon, one frequented by the painters, such as Henri Matisse and Pablo Picasso, whose careers Stein helped launch – the American painter Romaine Brooks, known for her portraits of women in this particular social circle, the Anglo-American poet Renée Vivien and Colette, the pioneering French author who immortalised the prevailing dandy-esque look of certain, in her (affectionate) words, “mannish women” in her 1932 book The Pure and the Impure.

In 1927, in an attempt to promote women’s writing, Barney founded the Académie des Femmes. She intended it to be a counterpoint to the Académie française, the illustrious council tasked with ruling on all matters pertaining to the French language. Founded in 1635, it didn’t admit its first immortelle (its members have traditionally been known as les immortels, or the immortals, which, besides being more than a little grandiose, is an inherently gendered term in the French), Marguerite Yourcenar, until 1980. In the end, Barney’s initiative was short lived. 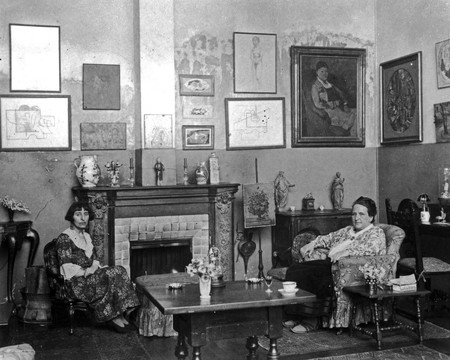 Gertrude Stein (right) and Alice B Toklas, pictured here in the 1940s, were two more American lesbians who made their home in Paris | © Fotosearch / Getty Images

Rather than for her literary contributions, either as a writer or a benefactor, and quite apart from her achievements as a society hostess, Barney is remembered for her unashamedly public, and unashamedly numerous, relationships. Blessed with the financial and social security afforded by inherited wealth, she was able to openly pursue prominent women from the literary and art worlds as well as the lingering aristocracies of Europe. Her liaisons, rarely monogamous but typically life-long, earned her depictions in many important lesbian works – most notably as Valerie Seymour in Radclyffe Hall’s groundbreaking novel The Well of Loneliness (1928). 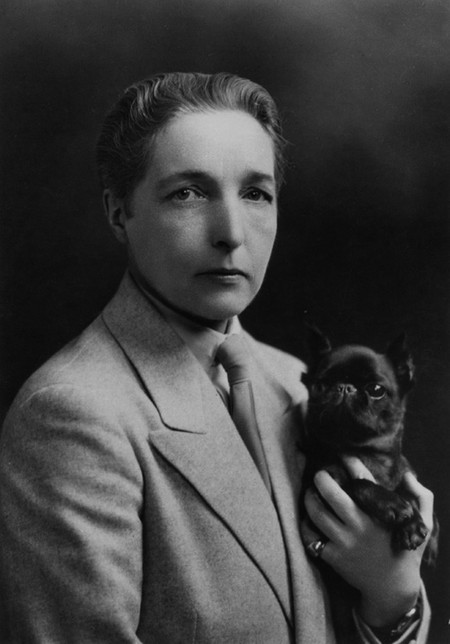 Indeed, it was the visibility and vivacity with which sapphic desire could be fulfilled in Paris (albeit relative to your position in the pecking order) that made it, as far as lesbians were concerned, the queer capital of Europe – even more so than Berlin. Women who had the money and freedom to travel came from the UK, the USA and across Europe to attend salons such as Barney’s and drink and dance in the city’s lesbian bars. 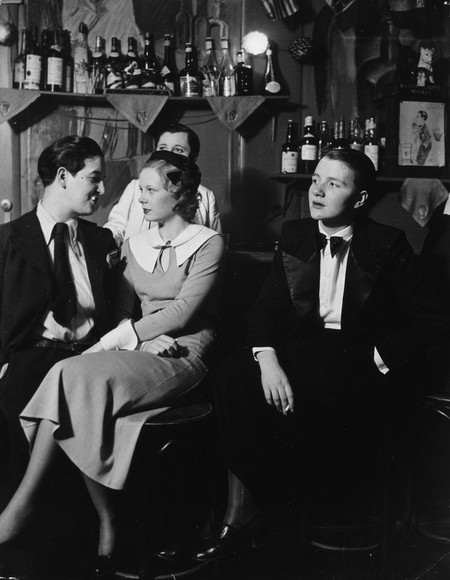 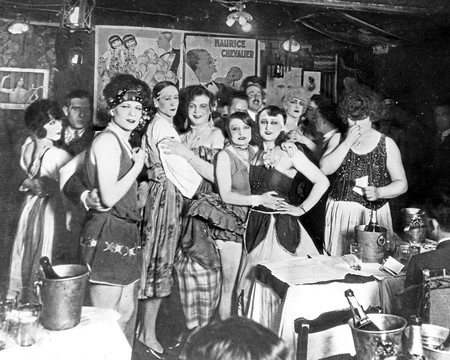 During the 1920s, Montmartre was the centre of queer nightlife in Paris | © Archive Farms Inc / Alamy Stock Photo

This heyday, however, was tied to the prosperity of les années folles (The Roaring ’20s), and did not last long into the 1930s. The nation’s politics lurched to the right following the Great Depression, and little of Paris’s lesbian subculture survived the German occupation of the capital, which lasted from 14 June 1940 until 25 August 1944.

As much as the Nazi regime drove queer people even further underground, and in many cases sent them to their deaths, it did not wipe them out completely. And, as Europe emerged from the shadow of war, so too did this community rebuild and reassert itself. In 1966, the legacy of Le Monocle, and those who brought it to life, took centre stage when Yves Saint Laurent unveiled his women’s tuxedo, Le Smoking, on a Paris runway. It was at once a radical statement of female empowerment amid the decade’s sexual revolution and a nod, with all the world watching, to the free-living, free-loving lesbians who first donned the look.

This article is an updated version of a story created by Jade Cuttle.