From Mille-Feuille to Nduja, This Language-Learning App Helps You Pronounce Tricky Menu Items 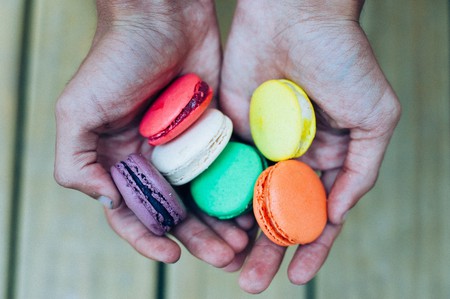 Learn how to say it the French way | © Gili Benita/Unsplash

If you’ve ever been enticed by a delicious-sounding dish in a restaurant, but avoided it because you’ve struggled with its foreign pronunciation, you’re not alone.

The New York City Hospitality Alliance has revealed that nearly half (41%) of their members believe they have seen diners avoid ordering certain items on a menu due to fear of mispronouncing them.

They claimed food and drink from France was most likely to be avoided by people eating out (44%), with ‘cassoulet’, ‘mille-feuille’, and French wines such as ‘Beaujolais’ commonly identified by the respondents as particularly daunting. Italian dishes were the second most frequently avoided type of cuisine (22%).

Inspired by the findings, language app Babbel is offering a free (and anonymised) service that allows members of the public to send photographs of hard-to-pronounce menu items to dishes@babbel.com in exchange for corresponding pronunciation audio files provided by one of the in-house team at Babbel. When viable, this will be within minutes of receipt.

“Not knowing a language can be an impediment to fully experiencing a trip abroad, but it can also even prevent you from getting the most out of a meal [at home]. That is where Babbel comes in; we are helping millions of people worldwide learn to speak a new language with confidence – and eat well,” said Julie Hansen, U.S. CEO of Babbel.

With your pronunciation on point, check out our round up of the most amazing street food in Paris.