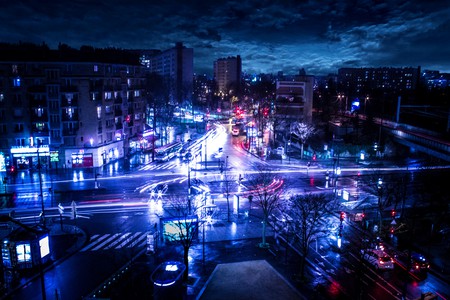 Following the worst winter smog in a decade, the French government has passed a law requiring drivers to display ‘clean stickers’ in an effort to combat air pollution. Vehicles that fail to comply with the new measure will be banned from low-emission zones in Paris and other major French cities.

Last week, carless Parisians enjoyed the one positive by-product of the capital’s perennial pollution problem: four days of free public transport. It also marked the first time that the ‘alternating traffic rule’ – by which cars with odd or even registration plates are banned from the roads for 24 hours at a time – had been imposed for as many days. On Friday, the traffic restriction made its Lyonnais debut.

At the beginning of December, the health minister, Marisol Touraine, put hospitals on high alert after the PM10 particulate level hit 146 micrograms per cubic meter. By the end of the weekend, hospitals in Paris had recorded a 30 per cent increase in the number of children admitted for respiratory problems, and schools across the region had canceled outdoor sporting events. It is estimated that air pollution causes 48,000 premature deaths in France annually.

The Crit’Air stickers – which will be enforced from January 16th – come in six colors, indicating the vehicle’s age, cleanliness, and whether it has a petrol or diesel engine. During the working week, vehicles without stickers won’t be able to access zones à circulation restreinte (ZCR) as designated by local authorities and police officers will verify from a distance that no vehicle is where it shouldn’t be. 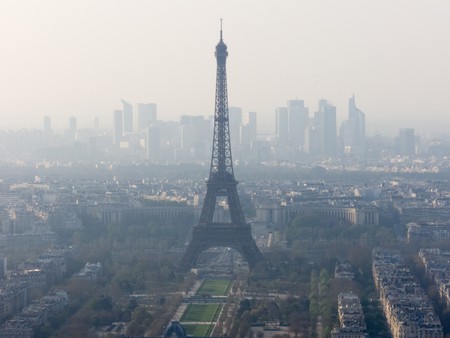 Emergency vehicles, vintage cars, and certain delivery and security vans are exempt from the scheme, but it is mandatory for motorbikes and scooters.

Announcing the initiative, the ecology minister, Ségolène Royal, told reporters that, ‘[w]hat we now need is a revolution bringing clean transport, responsible cities, electric vehicles in cities and different ways of moving around.’ To this end, the ‘superbonus scheme’ – under which vehicle owners receive €10,000 for trading in an old, polluting vehicle for an electric one – has been extended to include taxis and vans. From January, €1,000 will also be offered to those buying an electric scooter. 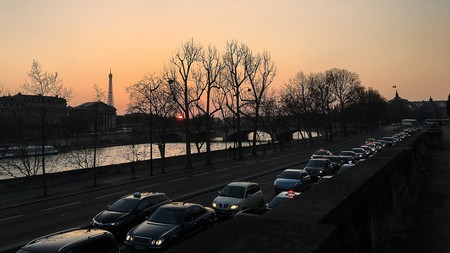 At the city level, Mayor Anne Hidalgo has made fighting pollution a top priority, aiming to eradicate diesel vehicles from the capital by 2020 and the country by 2025 and pushing for the widespread pedestrianization of the Seine highway.