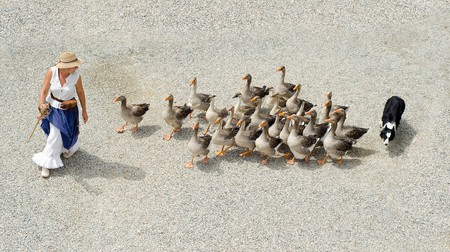 Few foods inspire hostility like foie gras. PETA images of force-fed ducks and geese rank alongside those of terrified veal calves and battery farmed chickens in their power to turn people off meat. But, given the French delicacy’s popularity, can it really be ethically indefensible? To assess just how bad you should feel when you next tuck into that rich, buttery liver, we’ve put activists’ claims up against industry data.

French law defines foie gras as duck or goose liver fattened on corn delivered by a feeding tube, a process termed gavage. The law also states that it ‘belongs to the protected and gastronomical heritage of France’. Force-feeding waterfowl dates back to Ancient Egypt, and today the practice accounts for 30,000 jobs in France, 90 per cent of these in the Périgord, or Dordogne, region in the southwest. France also produces 78.5 per cent of the global supply of foie gras. 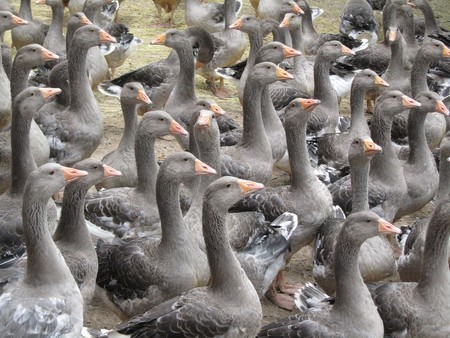 A common complaint about foie gras farms is the animals’ living conditions. For the first three months the ducks or geese are fed normally and kept in large sheds, and for their final three to four weeks they are moved to smaller enclosures and force-fed two to three times a day. The worst farmers will keep birds in individual, battery-style cages during this second phase. Nevertheless, if we accept that a spectrum of responsibility exists, the question becomes: is keeping any animal permanently indoors acceptable? For respectable foie gras producers, the decision to do so is down to the threat of infection posed by wild birds in a free range situation, and the use of antibiotics this would necessitate. In May and December 2016, for example, bird flu scares shut down large parts of the French industry. 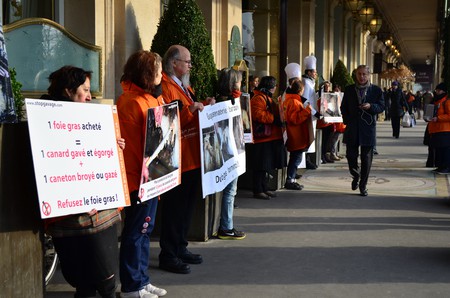 While it is impossible, and no doubt incorrect, to say that no harm is done to birds on farms around the world, some simple mathematics demonstrates just how bad this is for business. According to 2014 figures, global foie gras production amounted to 23,500 tons, which is equivalent, using the average liver weight of one pound, to 47 million processed birds. Each grade-A liver – those free from bruising and blemishes caused by mistreatment – has a market value of $30. Discounting all the other cuts of meat (usually everything besides the head and feet) which are sold as by-products, these birds have a potential cumulative value of $1.41 billion. 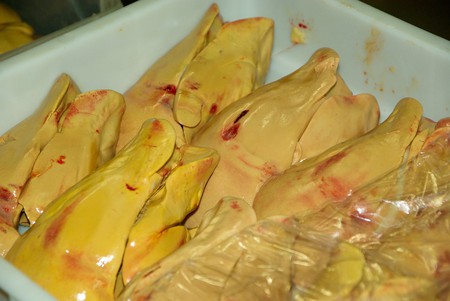 PETA cite a study claiming a ‘mortality rate up to 20 times that of a control group of birds who were not force-fed.’ Statistically speaking, without knowing the mortality rate of the control group, this statement means very little. Even so, the best foie gras farms report a mortality rate of one per cent. Extrapolated globally, this is equal to over $14 million. If, say, five per cent of the birds’ livers never make it to market then the cost goes up to $70.5 million and, at 20 per cent, it would be $282 million. That’s a lot of money to squander on poor husbandry. Again, that’s not to suggest that this industry, like all others, is without sub-standard practitioners, but it does mean that there is a clear financial incentive to treat animals in a way that preserves their health. It should also be noted that the first year survival rate of wild ducks is only 30 to 50 per cent and, for geese it’s 50 to 70 per cent.

Related to this is the PETA accusation that, because only male ducks are suitable for producing foie gras, female ducklings ‘are useless to the industry and are therefore simply tossed into grinders, live, so that their bodies can be processed into fertilizer or cat food’. While we cannot disprove this claim, we can say with confidence that, given the worth of these birds’ other body parts (livers alone are not valuable enough to sustain a farm), this seems like exceptionally bad business. Most American farmers, for example, export their few-weeks-old female ducklings to the Caribbean where they are raised for meat. 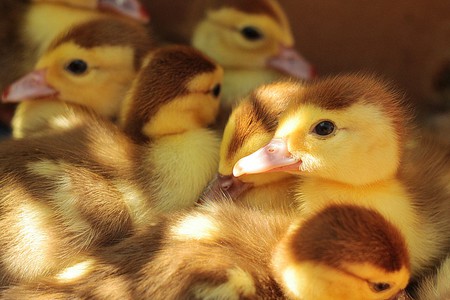 Other arguments against foie gras relate to the intrinsically harmful nature of force-feeding. It is said that inserting (or ‘ramming’ as is activists’ verb of choice) a tube into the bird’s throat causes discomfort and can lead to death by ‘aspiration pneumonia, which occurs when grain is forced into ducks’ lungs or when birds choke on their own vomit’. A lesson in physiology can clarify both points. Ducks and geese have totally distinct tracheas and esophagi, unlike our own which share a single neck passageway before being separated by the gag-inducing epiglottis. These birds actually breathe through their tongues. Their complete cartilaginous tracheal ring also makes their throats much sturdier than our C-shaped ones. As such, a duck or goose could, theoretically, have a tube (or stone or fish or anything else it might naturally swallow) lodged permanently in its throat without gagging or suffocating.

The last matter to examine is the liver’s swelling – to up to ten times its natural size – due to force-feeding. In its defense, industry insiders point to the fact that migratory species of waterfowl, from which their birds are descended, depend upon gorging food (albeit in not quite the same manner or quantities) in order to have the energy to fly south for the winter. Rather than a totally unnatural phenomenon, it is an exaggeration of one found in the wild. 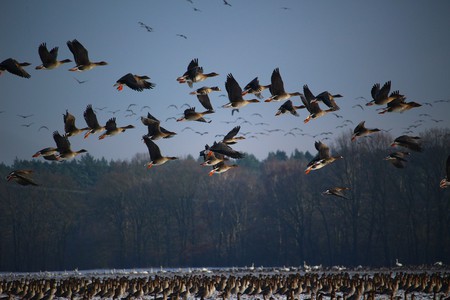 It would seem, then, that while we can all agree on the disparagement of poorly run, inhumane farms, foie gras production is not, in and of itself, inherently contemptible. So why has it been banned in the United Kingdom, Israel, Germany, and Italy? The answer probably lies in the fact that it is a soft political target, lacking a substantial international lobby, and, unlike other animal products like eggs or hamburgers, giving up this luxury is hardly a big ask for the public. 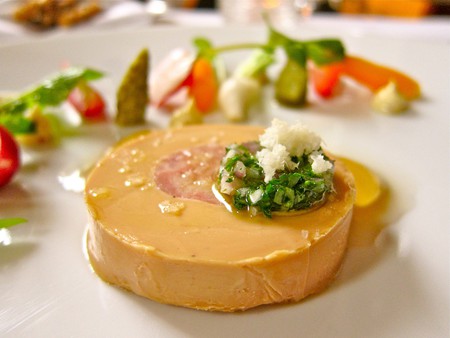 If you’d rather not eat meat for ethical reasons that is, obviously, completely understandable. Given the way our climate is changing, we might all soon be faced with no other option than to survive on nuts and berries. However, committed carnivores shouldn’t fall for the line that foie gras is in an abhorrent league of its own.