Stanley Tucci’s film Final Portrait, about Swiss artist Alberto Giacometti painting a portrait of writer James Lord, will leave you either loving the 20th century artist or seething at his impossibly selfish character.

It’s 1964 and young American writer James Lord has agreed to sit for a portrait by Giacometti at his Parisian studio. Well who would turn down the offer of being immortalised by such a celebrated artist? You might, after watching Stanley Tucci’s Final Portrait, a film that explores the ego and neurosis of a creative mind. 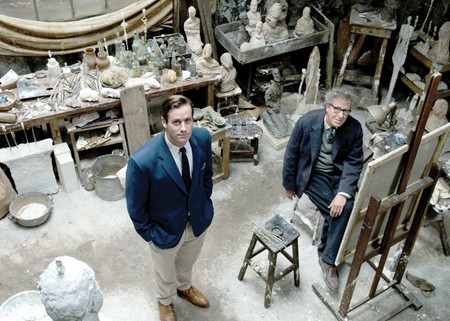 Based on the book A Giacometti Portrait (1980), in which Lord chronicled his experience of sitting for Giacometti, the film captures in painstaking detail how the creation of a portrait that was supposed to take one day turns into a lengthy ordeal that puts everyone’s sanity and patience to the test. 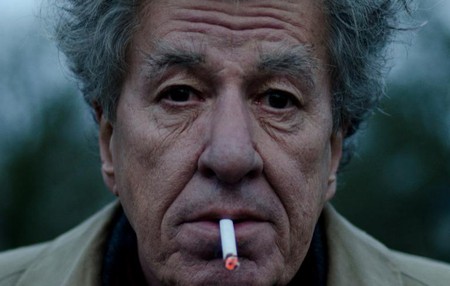 While Armie Hammer perfectly personifies the dutiful admirer of Lord, with his calm and reverent presence, providing a much-needed balance to Giacometti’s erratic nuances. It’s fairly apt Hammer should take up such a role; his oil tycoon great-grandfather funded the Hammer Museum in Los Angeles, so art appreciation obviously runs in his veins.

In-between Giacometti’s joyful revelry and distracted introspection, which waver between entertaining and tedious, the film also highlights the key figures in his life. His stoic brother Diego, played by an unrecognisable Tony Shalhoub. His long-suffering wife Annette, played by scene-stealer Sylvie Testud. And one of his muses, Caroline, a spirited prostitute played by Clémence Poésy, who laps up the lavish attention Giacometti bestows upon her.

Giacometti’s temperamental persuasion makes him the kind of character every writer and director dreams of and every actor wants to get their teeth into. The film is certainly a vanity project that has brought Tucci back into the director’s chair after a 10-year hiatus. He plays around with camera shots as if to mimic how Giacometti might have surveyed Lord’s face over the 18 days it took to do the portrait, and he enjoys creating periods of silence to echo the tension and contemplation involved in the artist’s process. But I still wanted more, even with Rush, whose chameleon-like adeptness breathes life into an artist I’ve only ever known through black-and-white photographs.

Final Portrait is certainly a visual delight with its masterful set design, and gives a colourful introduction to an audience that don’t know Giacometti or his work. However, although the characters are meaty, the film never goes beyond the surface and just as Lord gets tired of the psychological turmoil Giacometti subjects him to, I got tired watching it. Sometimes the illusion is more important that knowing how it was created.