The Most Famous Winners Of The Prix Goncourt 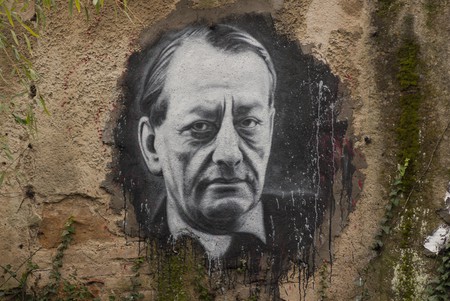 In winning the Prix Goncourt 2016, Leïla Slimani has become the 114th recipient of France’s most prestigious award for literature. The French-Moroccan journalist and author’s second book, Chanson Douce, which tells the story of a nanny who kills the two children in her care, joins an exclusive list of titles and can expect to fly off the shelves in the coming weeks. Below we look back at 12 famous winners from as many decades.

On December 21st, 1903, John Antoine Nau became the prize’s first recipient. Born in San Francisco in 1860, Nau and his family returned to France six years later following the death of his father, an engineer and businessman. He published his Goncourt-winning book, Force ennemie (Enemy Force), at his own expense. A commercial failure, it tells the story of Philippe Veuly, a poet who awakens in an insane asylum with no knowledge of how he got there, and is considered to be a forgotten masterpiece of science fiction. 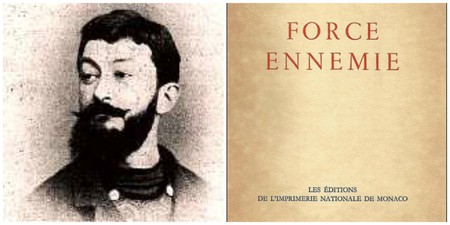 When Marcel Proust won the prize in 1919 for À l’ombre des jeunes filles en fleurs (Within a Budding Grove), the second volume of À la recherche du temps perdu (In Search of Lost Time), it caused somewhat of a scandal. At 48, he was considered by many to be too old for this award designed to further the careers of young writers. However, the fact that it was only his second published novel qualified him in the eyes of the jury. History has proven that they made a sensible choice. 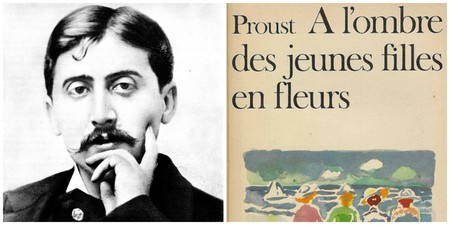 Les Dix, the ten Académie Goncourt members, caused controversy again only two years later when they awarded the prize to René Maran for Batouala in 1921. The book, which was based on Maran’s experiences with the French Colonial service in Equatorial Africa, openly criticized European colonialism on the continent and was banned throughout the French colonies. This was Maran’s first novel, though he had published two collections of poetry a decade earlier, and he was the first black writer to win the prize. 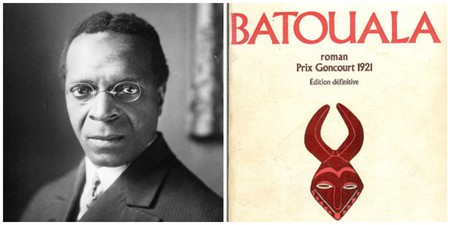 Novelist, art theorist, and statesman André Malraux won the Prix Goncourt in 1933 with La condition humaine (Man’s Fate). The novel, which was the closing chapter in a trilogy on revolution in Asia after 1928’s Les conquérants (The Conquerors) and 1930’s La Voie Royale (The Royal Way), focusses on the failed communist insurrection of 1927 in Shanghai and the existential dilemmas of actors associated with the event. In 1999, it came in fifth in Le Monde’s 100 Books of the Century. 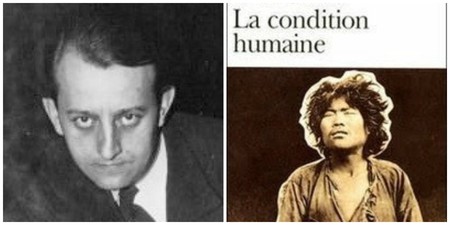 In 1944, after 41 years, Elsa Triolet became the first woman to win the prize for Le premier accroc coûte 200 Francs (A Fine of Two Hundred Francs). Born in Moscow in 1896, Triolet emigrated to France in 1918 upon the outbreak of the Russian Civil War. Her winning novel contains four interlocking stories about life in Occupied France during the Second World War and Triolet herself fought in the French Resistance. 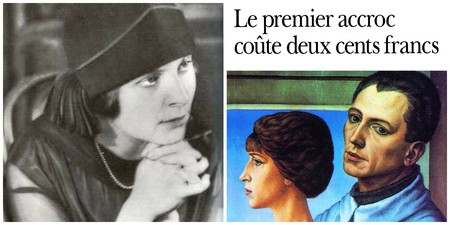 Arguably the most significant historical figure to receive France’s highest literary prize, Simone de Beauvoir won with Les mandarins in 1954. Set just after the end of World War II, the novel follows the personal lives of a close-knit group of French intellectuals as they attempt to discern their place in the new political landscape. The characters are widely considered to be based on members of de Beauvoir and Sartre’s own circle of friends at the time, including Albert Camus and Arthur Koestler. 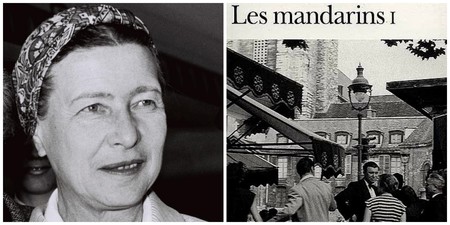 Edmonde Charles-Roux was a volunteer nurse for the French Foreign Legion and subsequently the Resistance, service for which she received the Croix de Guerre and the Légion d’Honneur. She started working at Vogue Paris in 1948 and became its editor-in-chief in 1954, leaving in 1966 only after a dispute over her desire to feature a black woman on the cover. The same year, she won the Prix Goncourt with her debut novel Oublier Palerme (To Forget Palermo), a love story set between Sicily and New York. 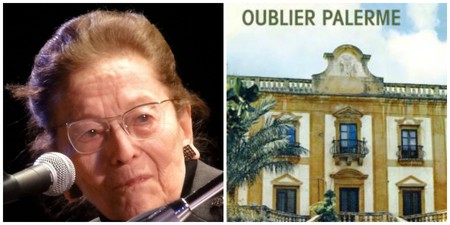 Patrick Modiano had already won the Grand Prix du Roman de l’Académie Française, another major French literary prize, in 1972 when he was awarded the Goncourt for Rue des Boutiques Obscures (Missing Person) in 1978. The French title is taken from a street in Rome where Modiano lived for a time, and the novel’s central character, Guy Roland, is an amnesiac detective on the trail of his former identity. Modiano went on to win the Nobel Prize for Literature in 2014. 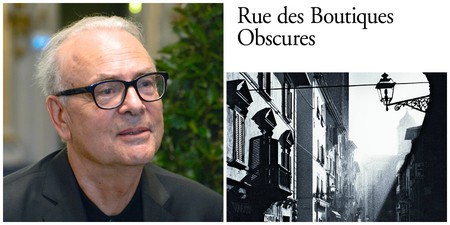 Marguerite Duras was a prolific novelist, playwright, scriptwriter, essayist, and experimental filmmaker, best known aside from her 1984 Goncourt-winning novel, L’Amant (The Lover), for her screenplay for the French New Wave classic Hiroshima mon amour (1959). Set in French colonial Vietnam, her greatest literary achievement is a fictionalized account of her adolescent affair with a wealthy Chinese businessman. This story, which she rewrote numerous times over the intervening 55 years, won her the Goncourt at the age of 70. 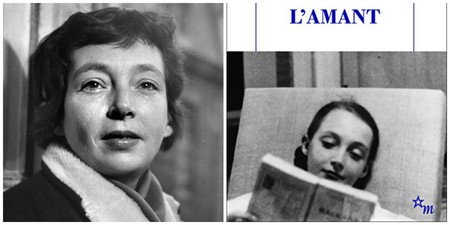 La Bataille (The Battle), a historical novel focusing on the Battle of Aspern-Essling between the French and Austrian Empires in 1809, won Patrick Rambaud both the Prix Goncourt and Grand Prix du Roman de l’Académie Française in 1997. It is the first chapter in a trilogy which explores the decline of Napoleon, starting with this his first European defeat. The book, which closely follows historical descriptions, is based on a concept developed by Honoré de Balzac in the 1830s. 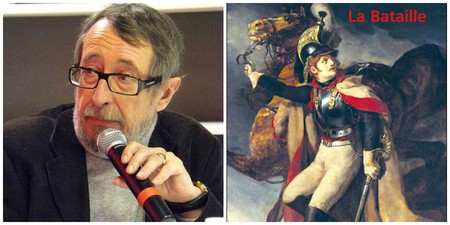 In 2002, Laurent Gaudé won the Prix Goncourt des Lycéens – a derivative award decided by approximately 2,000 French high school students who vote on 12 novels selected by the Académie Goncourt – for La Mort du roi Tsongor (The Death of King Tsongor). Two years later, the academy backed them up by awarding the author the main prize for Le Soleil des Scorta (The Scortas’ Sun). It is a five-generation history of the Scortas, a scandalous family from a village in southern Italy. 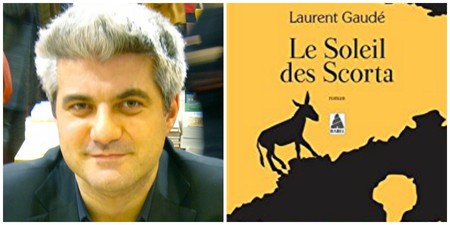 The controversial author, filmmaker, and poet Michel Houellebecq won the Prix Goncourt in 2010 for his fifth novel La carte et le territoire (The Map and the Territory). It concerns a successful contemporary artist, Jed Martin, whose fame is a result of photographing Michelin maps and painting professional scenes, and even features a brutal murder of the author himself. Houellebecq was accused of plagiarizing sections of French Wikipedia in the work but the matter was settled in his favor. 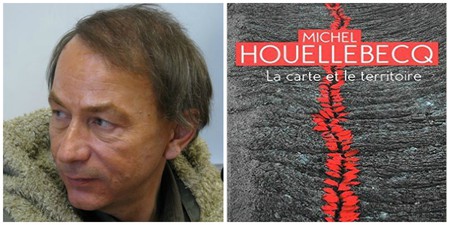