Here's What You Need to Know About France's Presidential Election 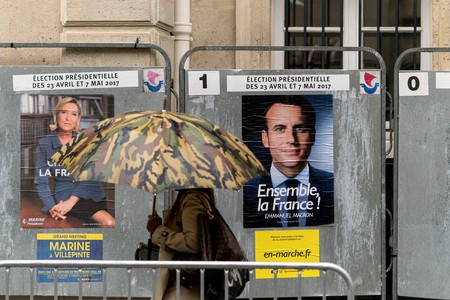 It was a gloomy Sunday morning in Paris. The cobblestone streets of Rue Thérèse were slick with rain, while the otherwise busy boulevards were eerily absent of cars and pedestrians. Parisians gathered at polling places, casting their votes for the next president of France.

Tonight’s French election came down to far-right party leader, Marine Le Pen and centrist En Marche! party leader, Emmanuel Macron. Le Pen has run on a campaign platform riddled with anti-immigrant rhetoric and the promise to remove France from the European Union. According to ABC News, “Many commentators have drawn parallels between Le Pen and Trump given the similarities in their views on free trade, NATO and migration.”

From policies to hackings, the similarities between France’s presidential election and that of America’s has been a reoccurring theme here in France. Yesterday, on the eve of the election, Macron had his campaign hacked. “Tens of thousands of internal emails and other documents, some said to be false, were released online overnight on Friday as the midnight deadline to halt campaigning passed,” reported The Guardian.

The hacking had been likened to what happened with Hillary Clinton’s campaign in the final week leading up to the United States election. In response, authorities have implored the French media to refrain from publishing information from Macron’s leaked documents to avoid swaying voters’ decisions. 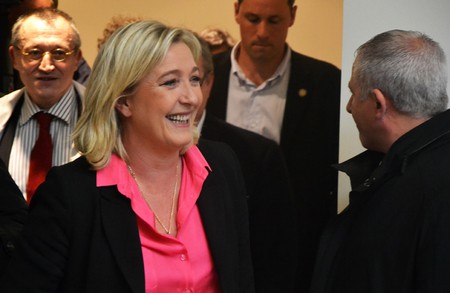 Earlier today, sitting at Le Consulat in Montmartre, a local Parisian—who preferred to remain anonymous—explained that, like Trump, Le Pen had run on a platform of promoting fear. During his campaign, Trump found a loyal following in small town America by speaking to the frustration of blue collar families who felt unheard. Trump’s promises to give his voters a voice was only strengthened by his anti-Mexican and Muslim rhetoric. Trump had tapped into a fear spreading across Republican red states that pit Americans against foreigners deemed threats.

Similarly, Le Pen’s anti-immigrant message found support amongst many who—after recent terrorist attacks in Paris and Nice—are keen on addressing issues of immigrants, refugees and Islam in the country. Unlike Trump though, Le Pen comes from a political family. Le Pen’s father—Jean-Marie Le Pen—was a former presidential candidate who is known for his anti-Semitic remarks.

“[She] is like her father but worse because she is dangerous,” explains an ex-pat sitting at Café de Flore in Saint-Germain-des-Prés. “She wants to leave the European Union and go back to the French France.” 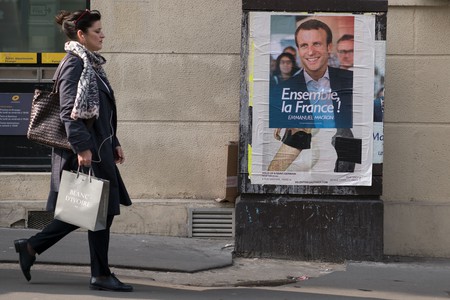 Also on the ticket was Emmanuel Macron, who as of mere seconds ago has been voted president-elect. Macron—age 39—was the youngest candidate in the race and known as the protégé of outgoing French President François Hollande. With a background in economics, Macron’s campaign ran on the promise of changing the country’s current political environment. Unemployment was one of the key issues in the 2017 French election, with the country holding one of the highest rates of unemployment in the EU. Macron was favored to win—having recently been endorsed by Barack Obama—although many weren’t thrilled to have to vote for either candidate.

“I don’t really like Macron but I prefer him to Le Pen,” said a woman at Le Consulat. Many French voters had wanted candidate Francois Fillon, of the Les Républicains party, to win the presidency but following a corruption scandal Fillon’s prospects of winning all but vanished.

Tonight’s French presidential election stole headlines as it had the capability to impact the world. Had Le Pen won, it could have proven catastrophic for the EU (particularly following Brexit). In the wake of Macron’s presidential win, French citizens are gathering at the Louvre now, waving flags, happy to have narrowly avoided their own Trump.