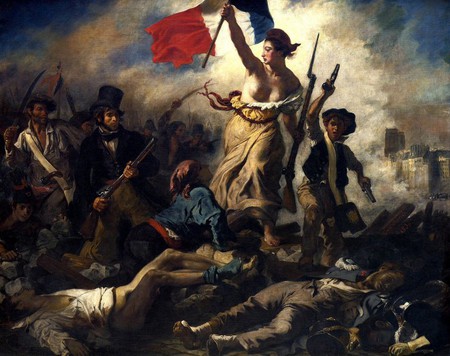 Eugène Delacroix is known as one of the most influential figures in art of his time. Creator of famous works such as La Liberté guidant le peuple (Liberty Leading the People) and La Mort de Sardanapale (The Death of Sardanapalus), Delacroix is synonymous with the Romantic era of French art in the 19th century. The artist draws inspiration mostly from literature and historical events, and many of his pieces are now owned by the French government. Join us as we explore Delacroix’s impressive career.

Delacroix grew up just outside of Paris. He led a happy early life and, although both of his parents died when he was a child, maintained a strong affection for his mother and father his entire life. His mother especially encouraged his love and interest in literature and art. After leaving school at age 17, the young Delacroix joined the studio of famed painter Pierre-Narcisse Guérin. After studying with Guérin, Delacroix enrolled in the École des Beaux-Arts. 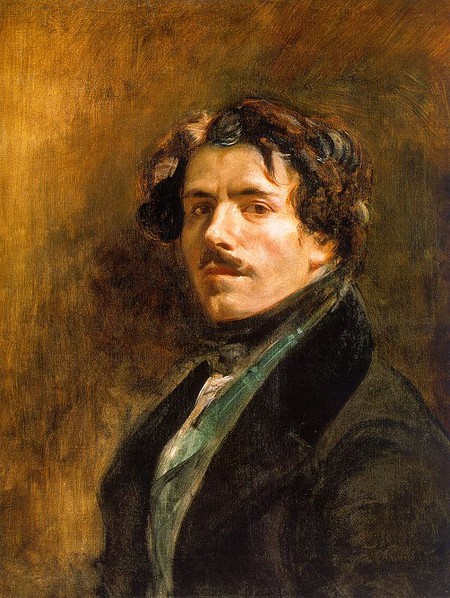 The painter had his debut at the Paris Salon of 1822 with La Barque de Dante (Dante and Virgil in Hell), which was inspired by Dante’s Divine Comedy. The majority of Delacroix’s works were created from literature; he has works that drew inspiration from poets Lord Byron and Shakespeare, in particular. Even in his early years, Delacroix is hailed as being a central figure in the Romantic era of French art. He is often placed alongside friends and fellow artists, Théodore Géricault and Antoine-Jean Gros. In looking at his works as a whole, Delacroix seemed to have a fascination with tragedy. His most successful works depict battlefields, executions, and adversity. 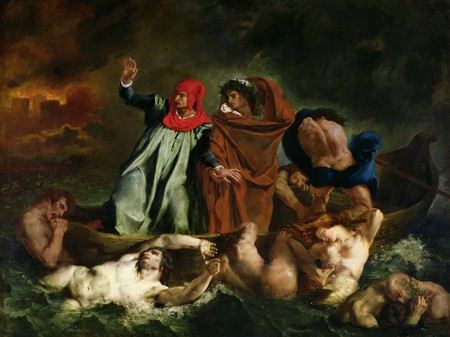 When Delacroix traveled to Morocco in North Africa in 1832, tragedy was put on the back-burner. His travels inspired and changed the subject matter of his art; he would go on to produce over 100 paintings and drawings of people, landscapes, animals, and the general way of life in Northern Africa at the time. It is during this time that Delacroix’s begins to use more color and a freer hand in his paintings. 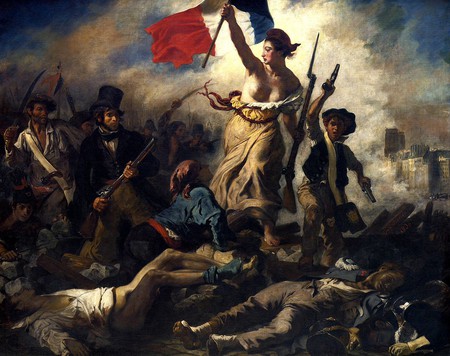 Back in Paris after his eye-opening excursion, Delacroix continued to paint and to develop his craft. In his later life, the artist was commissioned by the French government for many different projects. The ceilings of the Library of the Palais-Bourbon, the Library of the Palais du Luxembourg and the Galerie d’Apollon at the Louvre all boast murals by Delacroix. In some critics’ eyes, these Baroque-style murals represent the last of their kind. The last commission of Delacroix’s impressive career can be seen in the Saint-Sulpice church in Paris. 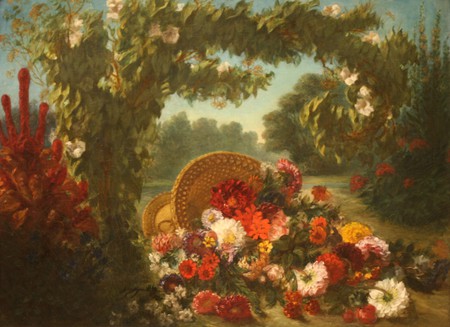 Located in the 6th arrondissement in Paris is the Musée National Eugène Delacroix. The museum is located in the painter’s final apartment in Paris. Delacroix moved here in 1857 because of its close proximity to the Saint-Sulpice church in which he was working. Delacroix expressed his happiness towards his new apartment in a letter to a friend, ‘My apartment is decidedly charming…Woke up the next day to see the most gracious sun on the houses opposite my window. The view of my little garden and the cheerful appearance of my studio always make me happy.’ It is in this apartment that the painter lived until his death in 1863. Inside the museum, Delacroix enthusiasts will find a collection of paintings, drawings, notes, sketches, souvenirs from the artist’s’ influential trip to Morocco, studio items such as palettes and easels, and photographs of the artist. 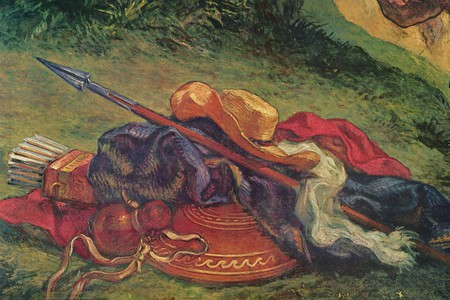 Between the Musée National Eugène Delacroix, his murals in Saint-Sulpice, and an extensive collection of paintings, including The Death of Sardanapalus, housed in the Louvre, there are plenty of places in Paris to enjoy Eugène Delacroix’s works. Where will you go first? 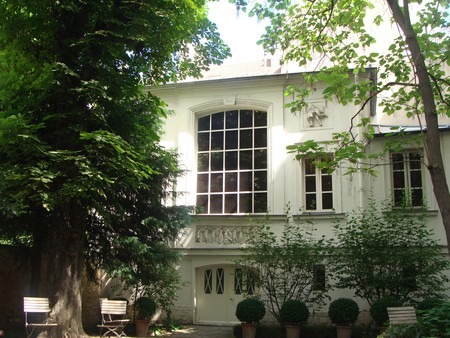